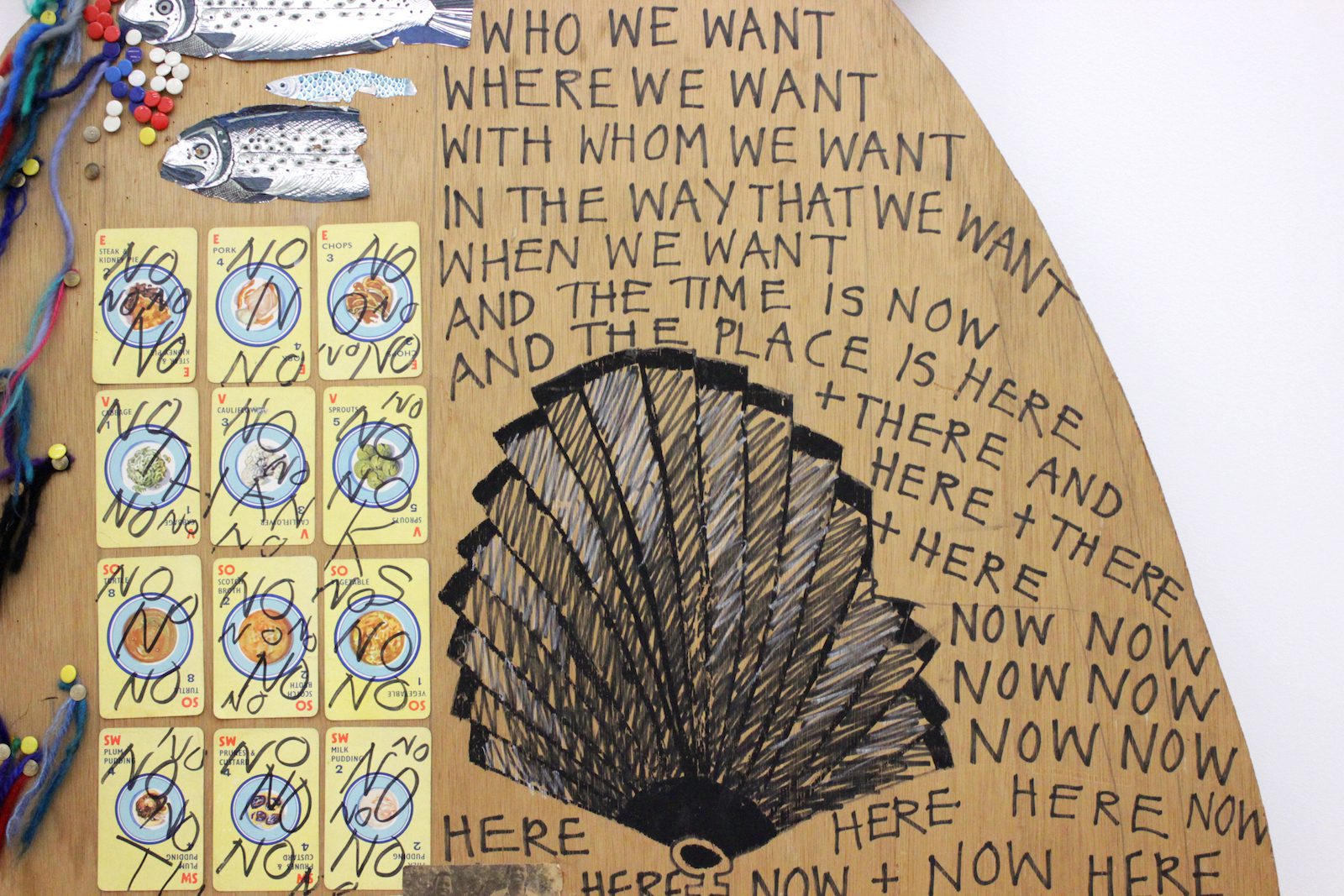 Lubaina Himid, We Will Be (detail). Exhibition view, The Place Is Here, Nottingham Contemporary, 2017. Photo Lewie Litchfield.Courtesy of the artist and The Walker Art Gallery.
1/7
1/7 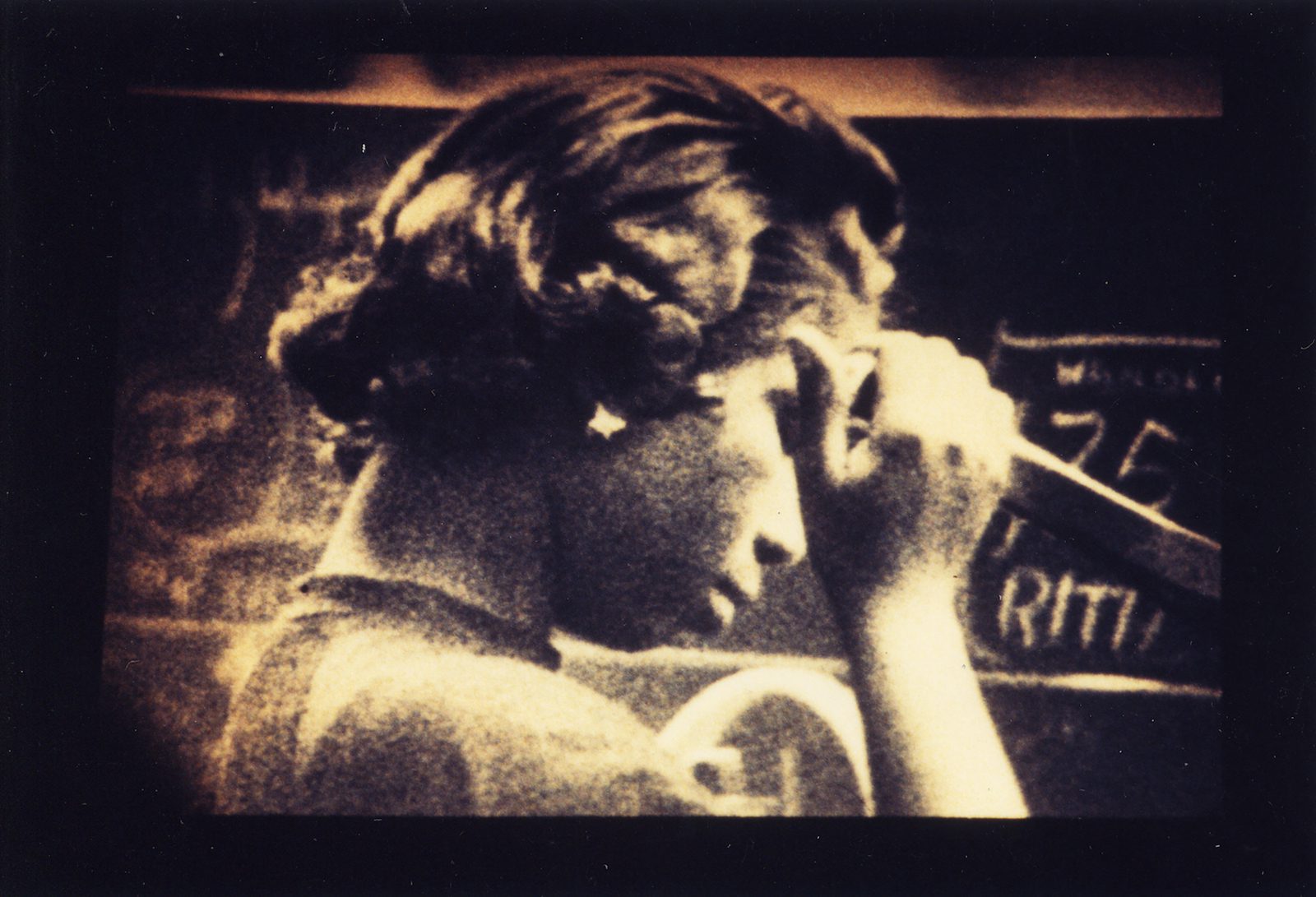 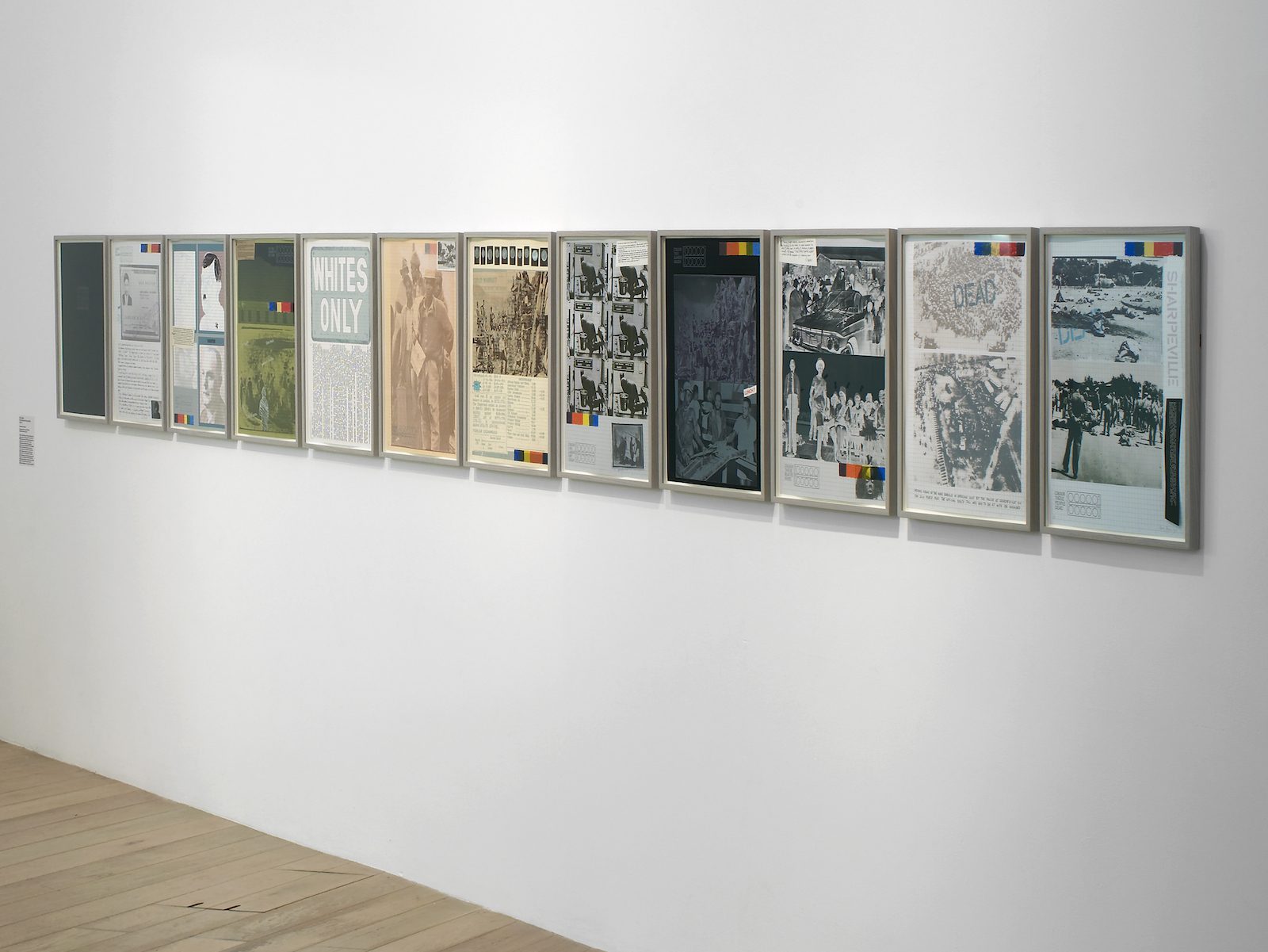 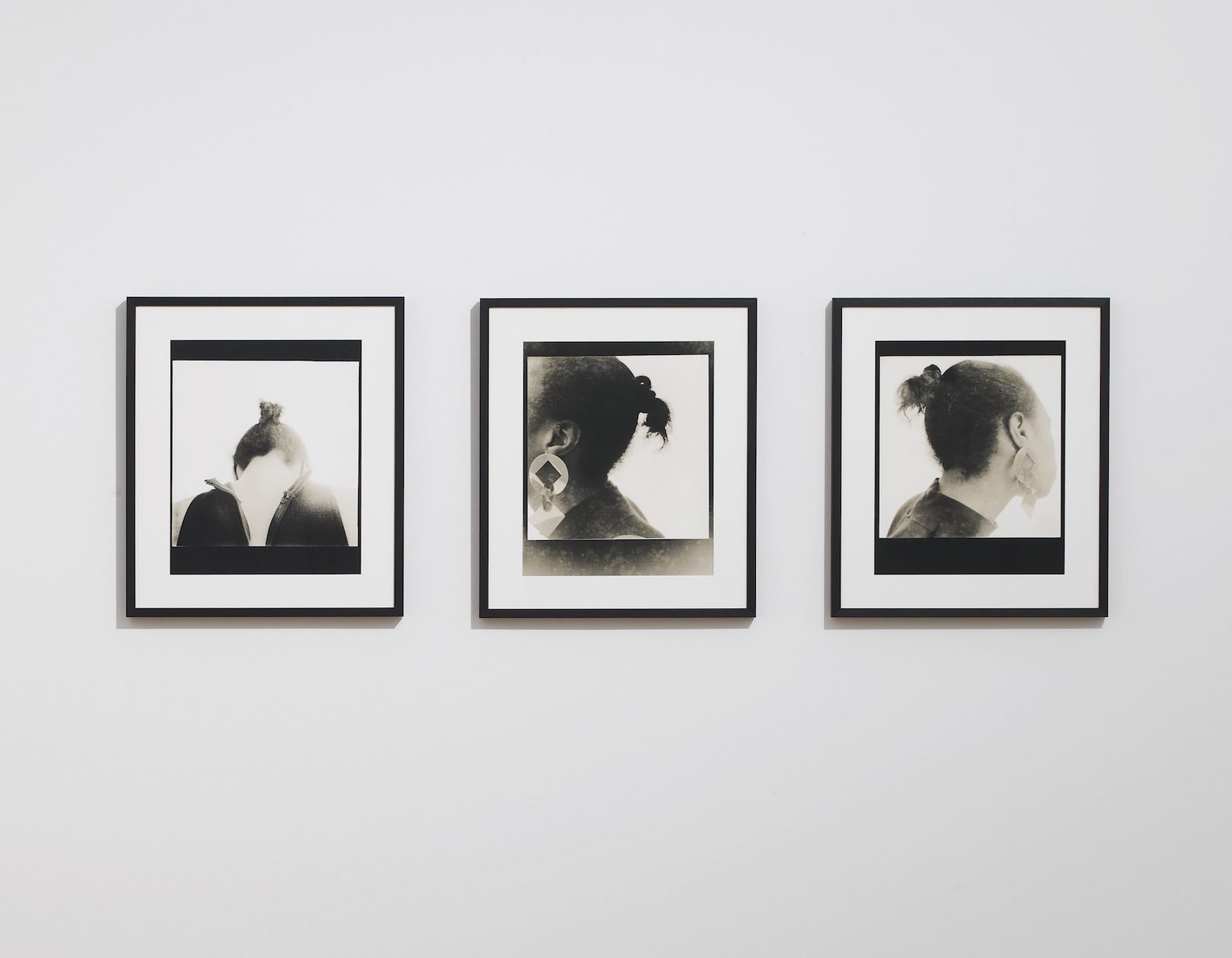 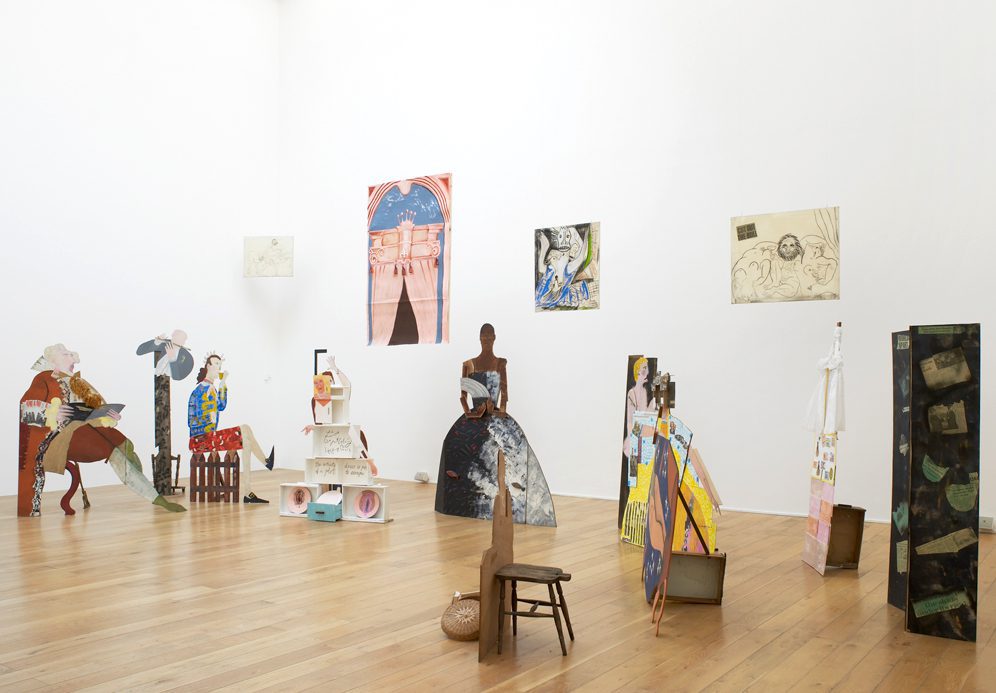 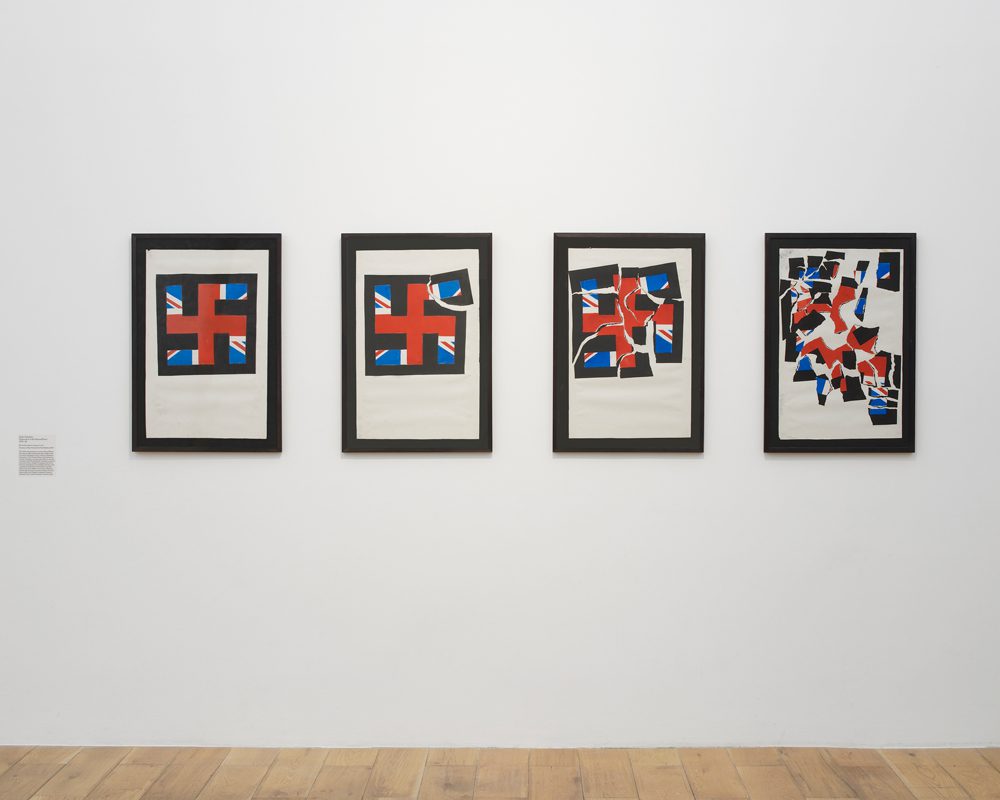 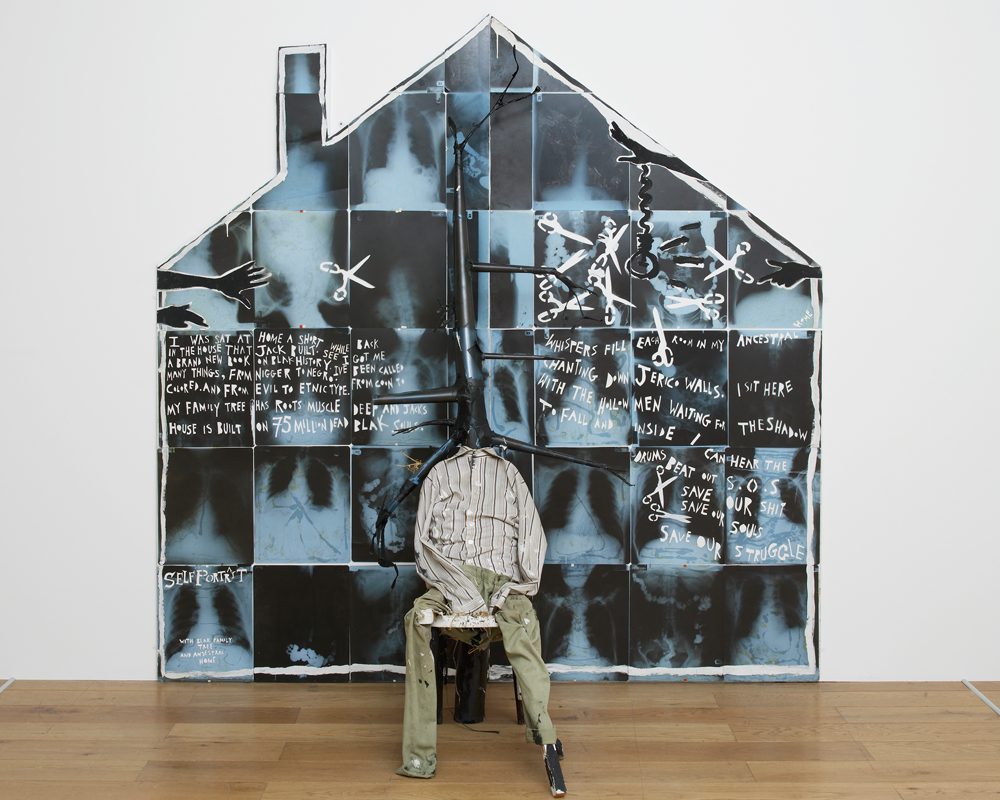 The Place Is Here. The Time Is Now.

An exhibition at Nottingham Contemporary examined just how the neglected discourse around artists and identity is topical again these days in Britain. Our author Mia Jankowicz took a closer look.

It’s currently impossible to write anything about British cultural politics without mentioning Brexit, so this review of Nottingham Contemporary’s The Place Is Here is going to get it out of the way early. This was a show that suddenly seemed very, very necessary. Here we are pursuing the regressive nationalist fantasy of Brexit Britain, limiting ourselves to provincial little arguments about barista visas and what color passport to have because for decades the mainstream has been too intellectually toothless to address what it means to be a post-imperial nation with a diverse, globally connected population. You only had to look at Chila Kumari Burman’s mocking Convenience Not Love (1985), filled to the brim with passports and images of “hordes” of arriving South Asians, to imagine it’s aimed at some future Brexiteer. Arguably the last time any sort of cultural discussion to equip the country for this reality took place in the 1980s through the works and discussions of what was loosely – and contestedly – termed the Black Art Movement.

To the British art industry’s bourgeois white majority, the debates on artists and identity – often mixed up, poorly, with a debate on art’s role in social cohesion – went in and out of fashion over a couple of decades until it subsided into a particularly British embarrassed silence. In this regard, The Place is Here was a much needed reminder. Especially its archival sections – including audio, texts, and ephemera from initiatives such as Black Students In Fine Art, BLK Art Group, and The First National Black Art Convention–- reminded the viewer that those discussions were combative, critically reflexive, and deeply suspicious of “identity politics” from the off.

The works in The Place Is Here that would have seemed gauche and strident during the post-everything 1990s and 2000s now, in part thanks to the instantaneousness and extremity of social media-led political expression, have a new life. Take Eddie Chambers’s Destruction of the National Front (1979–80), which he made when still a student. The collaged work consists of four frames, roughly A3, showing a Union Jack in the shape of a swastika; from left to right, the shape is gradually torn up until it disintegrates. It’s as simple and as combative as its subject. And if we were wrong about one thing in the 1990s, it’s that the impulses of the National Front never really got destroyed, only absorbed and transformed.

Montage and collage were so prevalent across the audiovisual, two-dimensional, and sculptural works in the exhibition that it’s easy to read several things into it, most strongly the insistence of multiple cultural sources and, by turn, irreducibility to a single authoritative voice or story. The Black Audio Film Collective’s 1986 film Handsworth Songs was commissioned (but never screened) by Channel Four a year after a summer of riots in cities across England in response to police brutality. The interwoven TV footage, photographs and personal reflection, driven by a collaged soundtrack, took the experimental film essay as a necessarily political form.

Gavin Jantjes’s A South African Colouring Book (1974–75) also showed just how much of the era’s graphic sensibility was influenced by this scrapbooked, collaged aesthetic. Across twelve panels, the ostensible “coloring book” is a patchwork of overlaid notes, screenprints, identification papers, newsprint, and photographs all attesting to the rigid racial designations of apartheid South Africa and their impact on black bodies. Stenciled letters next to a repeated logo of a child’s paintbox give coloring-in instructions such as: “Colour this whites only” or “Colour this labour dirt cheap.” In Autoportraits (1990) a series of three black and white head-and-shoulder photographs by Joy Gregory, we see the artist from the back, head bowed; from the side, but with her profile cut off; and in three-quarter rear profile, chin jutting away. Gregory’s earlier-career work was preoccupied with the black female presence or absence in Europeanized narratives of femininity. But after having spent time with Jantjes’s piece, just the refusal to make a conventional portrait also comes across as refusing to be surveilled, identified, and classified.

Lubaina Himid, We Will Be (detail). Exhibition view, The Place Is Here, Nottingham Contemporary, 2017. Photo Lewie Litchfield.Courtesy of the artist and The Walker Art Gallery.

One of the questions implied by the exhibition was how much overdue remembering we are prepared to do. Wednesday’s announcement of the Turner Prize shortlist included the very well-deserved Lubaina Himid, whose late inclusion under a newly-stretched age limit is kind of indicative of the flurry of belated appreciation the art scene, at least, is having. The first work that greeted the viewer in the exhibition was Himid’s Toussaint L’Ouverture (1987), a roughly life-size naively painted and collaged cut-out of the Haitian freed slave and revolutionary leader. His eighteenth-century-style trousers were filled in by news clippings contemporary to Himid, announcing headlines of racism in 20th-century Britain. Black hand-painted lettering admonished the viewer: “This news wouldn’t be news if you had heard of Toussaint L’Ouverture.” It has never been clearer that the point remains today: the need for a history lesson even as simple as this is fundamental to the fabric of an open, liberal society.

A selection from the exhibition will also be on show at the Middlesbrough Institute of Modern Art (MiMA) from 17th June-8th October.

Mia Jankowicz is a writer, editor and independent curator based between Cairo and London. She writes about contemporary culture, art and current affairs, often with a focus on Egypt and the Middle East.