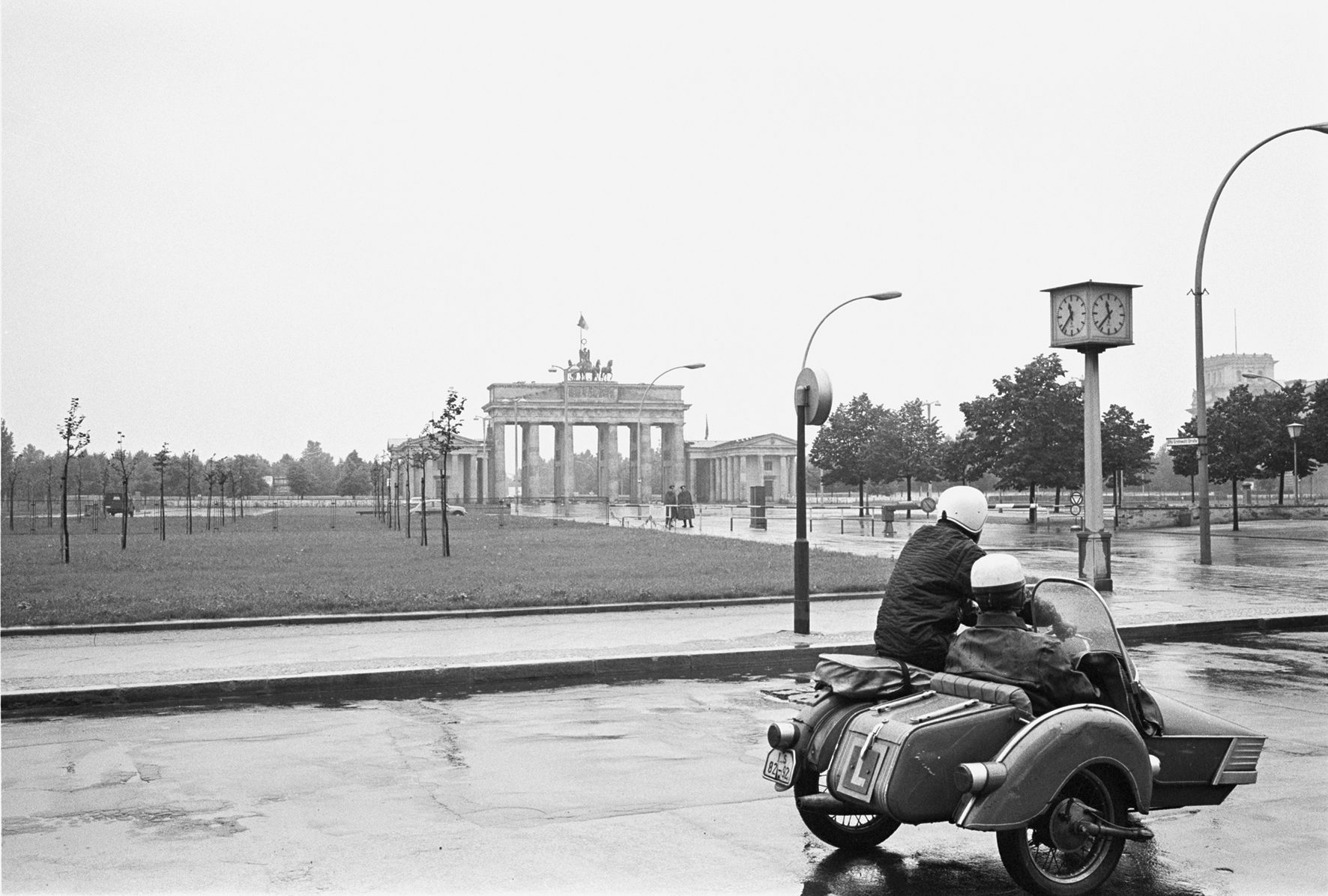 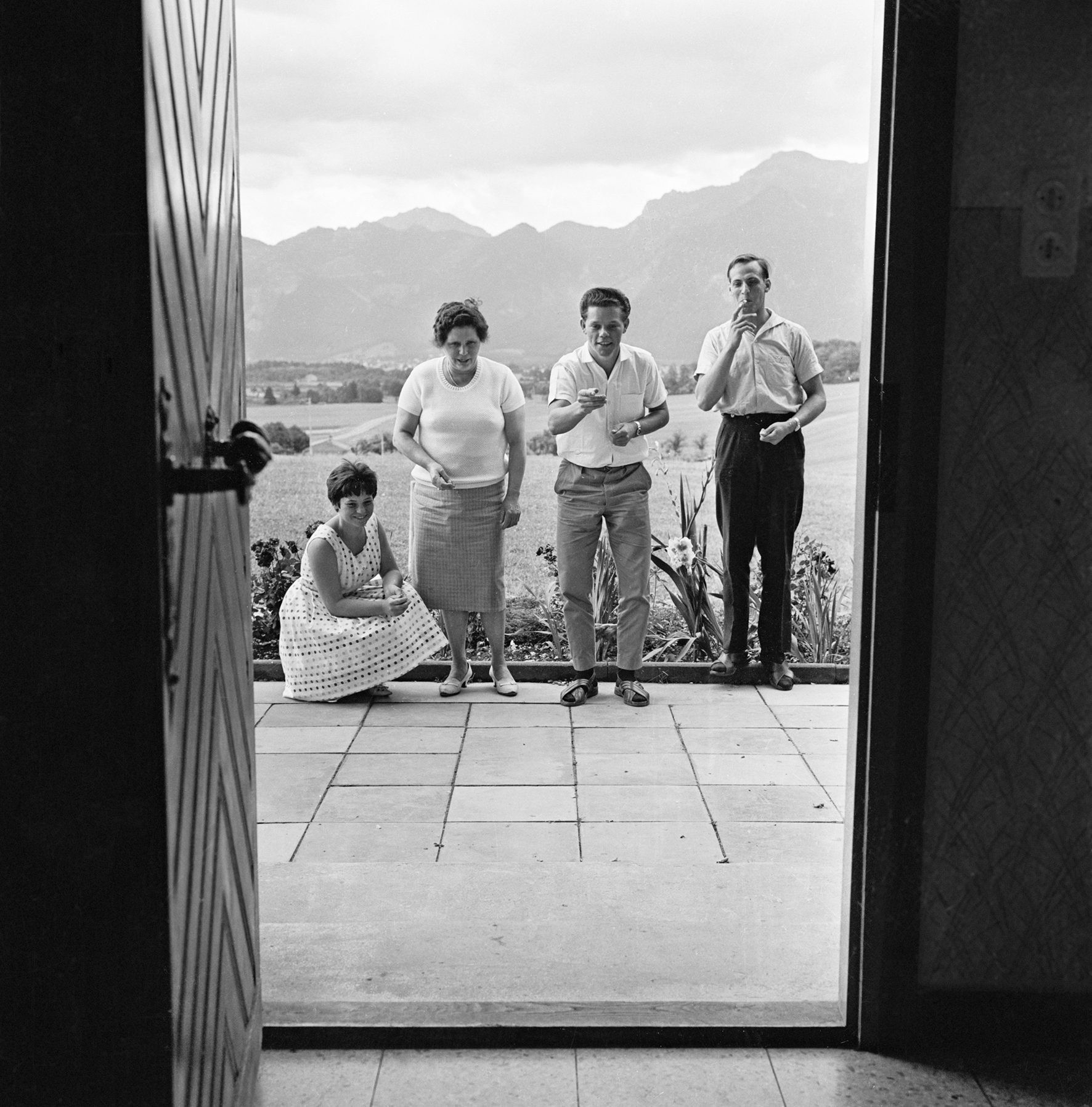 I grew up with Johannes Haile and his photographs.

In the show With Different Eyes, curator Meskerem Assegued pays tribute to Ethiopian photographer Johannes Haile who went to capture images of postwar Germany in 1962.

C&: You are the curator of the show With Different Eyes which is currently on view at the ifa Gallery Berlin. What inspired you to work with photographer Johannes Haile?

Meskerem Assegued: I grew up with Johannes Haile and his photographs. He was close to my father and we visited one another’s homes often. One thing I loved about going to his house was looking through the photo albums on his coffee table. Some of the albums were filled with images of landscapes, cityscapes, animals, and rural life. A few were photos of Johannes himself in different places taken by someone else. I was drawn to the photos he took because they were artistic, and he used to tell me the stories behind these unique photos. For about fifteen years, I asked him if I could curate the photos. He used to say “not now.” Finally, he agreed to let me exhibit the photos he took in Germany in 1962.

C&: How would you describe Johannes Haile, who died earlier this year?

MA: Johannes Haile was an independent professional artist who picked up his first camera when he was only eleven. He knew then that he was going to dedicate his life to photography. He always trusted his instinct and followed what made him happy. He was a perfectionist and a minimalist. Johannes Haile had many friends from different walks of life. He loved summer. When he showed his photographs, he often told humorous stories. Driving through the mountains, walking, gardening, listening to classical music, reading historic and current affairs were some of his favorite activities. I see Johannes Haile as an eccentric intellectual, a fun loving, generous and charming person.

C&: In 1964, his images from East and West Germany in the 1960s were shown in Addis Ababa. Fifty years later, in 2016, his show premiered in Germany. How would you explain this long hiatus between then and now?

MA: It is difficult to answer this question without Johannes Haile. It was his wish to show these photographs in Germany. In the meantime, he was also very busy traveling and taking photographs at the various UN missions and other commissioned projects. He was also busy in his photo studio, taking portraits of individuals and families. The German photographs were part of the many rolls of negatives he had in the small room where he stored his photographs. Perhaps he was waiting for the right moment to show them. He told me that the German Ambassador who promised to take the show to Germany in 1964 was transferred to a different country, and his successors did not follow through with the program.

C&: There is something intimate, personal, touching about his photographic gaze. For instance, Haile uses close-ups, he shows the people in their homes, at work etc. Tell us a bit more about the show. And how did you work with his archive?

MA: As I was going through the photo prints, I began to connect with the eyes of the people he photographed as they engaged in a variety of activities. I wondered why I felt like I knew themThe photos reveal a sense of respect, familiarity, trust, admiration, and appreciation between the photographer and the subjects. Their facial expressions made me curious to learn more about their lives. Taking clues from the photographs such as street signs, plate numbers of the cars, names of buildings, etc., I started researching the stories of the places and human subjects as they were in 1962. Many of them reminded me of people I knew, such as my aunts, uncles and friends. Some of them even reminded me of myself. Once I had organized the photos based on their stories, I selected the ones I thought would stand out and linked them as if telling short stories of a given moment. I also used the architecture of the museum to blend with the way I displayed the artwork.

C&: With Different Eyes – what are your thoughts regarding the title of the exhibition?

MA: The title is a response to the common perception that assumes there is a significant behavioral difference between people due to their environment and their physical appearances. Johannes Haile was sent to Germany by the German Embassy in Ethiopia to photograph the industrial development/revolution of the new country from an outsider’s point of view. Instead, he found familiar behaviors such as aspirations, joy, love, confusion, dismay, worry, fear and stamina. By focusing on the commonality of humanity, he defied the divisive perception that insists on our differences. The photographs penetrate through the façades and capture real emotions. Through his different eyes, he told unexpected stories of Germany.