The Triennale, to commence in it’s full scale in February 2020 takes public art in Stellenbosch to new heights and will be curated by renowned South African artist, and sociologist Khanyisile Mbongwa as well as Nontombeko Ntombela (South Africa) and Bernard Akoi Jackson (Ghana).

The Triennale, to commence in it’s full scale in February 2020 takes public art in Stellenbosch to new heights in terms of it’s international reach, the scope and variety of the work to be showcased as well as it’s intention to place creativity in critical dialogue with society. Renowned South African curator, artist, and sociologist Khanyisile Mbongwa has been tasked to deliver the Stellenbosch Triennale as chief curator with Nontombeko Ntombela (South Africa) and Bernard Akoi Jackson (Ghana) making up the rest of the impressive curatorial team.

The 27th of February 2019 officially introduced the Stellenbosch Triennale to South Africa and the World. The two artists selected to participate in the launch event were Helen Nabukenya from Uganda and South African performance artist Smangaliso Khumalo. Nabukenya created two site specific installation pieces for the launch. One work was created with a group of womxn in Kampala, Uganda, and travelled with Nabukenya to Stellenbosch. Entitled Kawuuwo, it is a 22m x 9m textile tapesty installation that covers the Stellenbosch Triennale offices, housed in the historic Voorgelen building on Dorp Street, her largest to date. The second installation is created with the assistance of a womxn’s sewing group from Kayamandi in Stellenbosch, entitled Agali awamu. This work covers metal containers situated in the centre of the town on the historical site of Die Braak. Khumalo’s project tiled We closed our eyes and prayed consist of a video installation titled Filial, was screened at the launch event, after which he led guests through the streets of the town to Die Braak, the site of his live performance titled Franz Taaibosch Di Freak’s Soliloquy Slaloms. His work reflects on the liminality of identity formation in relation to the structures of binaries that govern society and how to negotiate ‘being’ from this position of in- betweenness as well as the fragility and trauma that comes with existing in that third space. 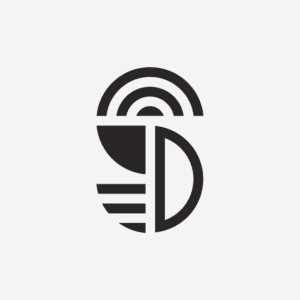 The Stellenbosch Triennale launch represented a bold statement of intent; to make Stellenbosch the primary destination of public art in Africa. This is exciting in and of itself but beyond aesthetics, the subtle nuances embedded in this project hold even greater promise of interesting horizons of possibility and shifts for the town of Stellenbosch.