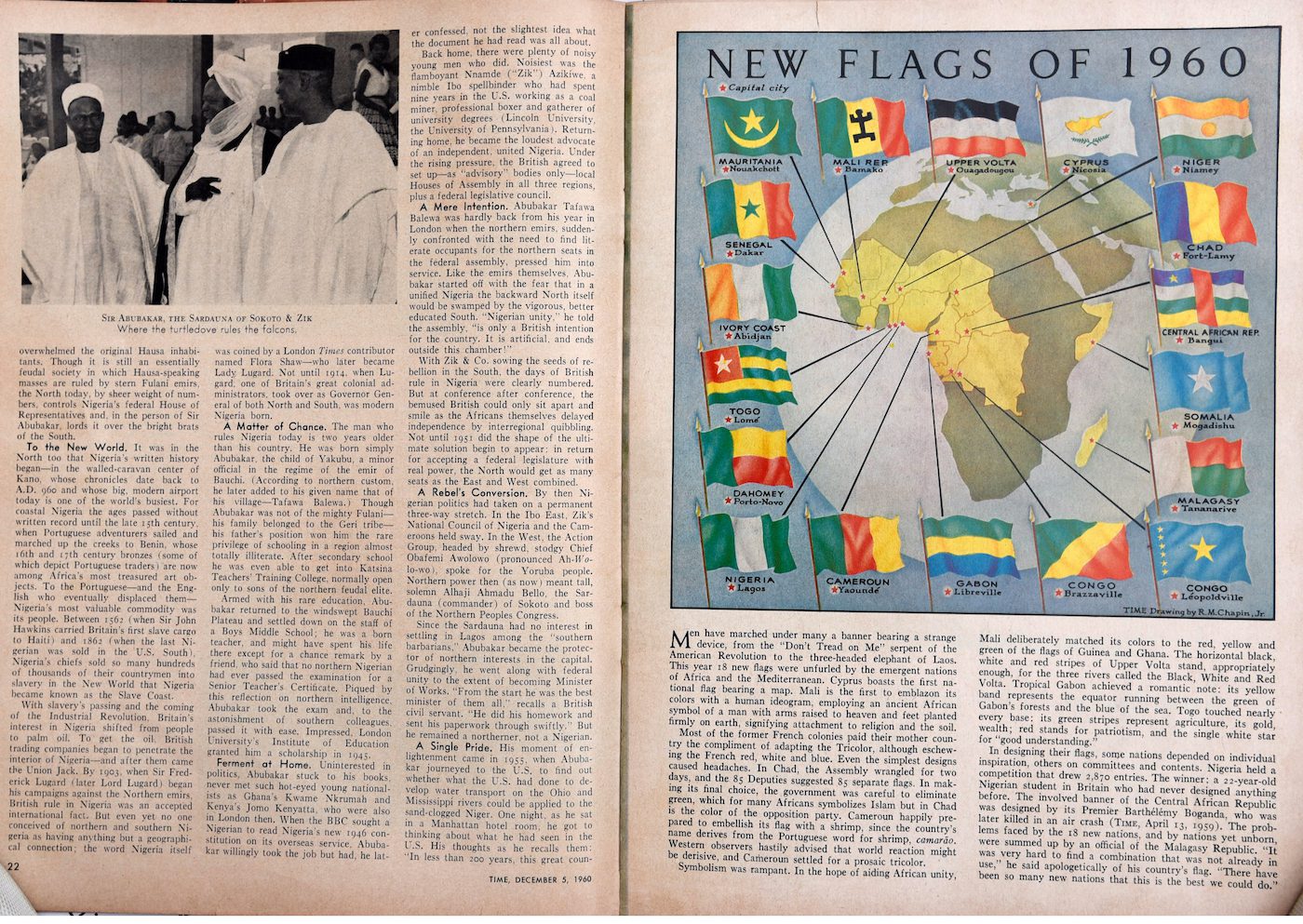 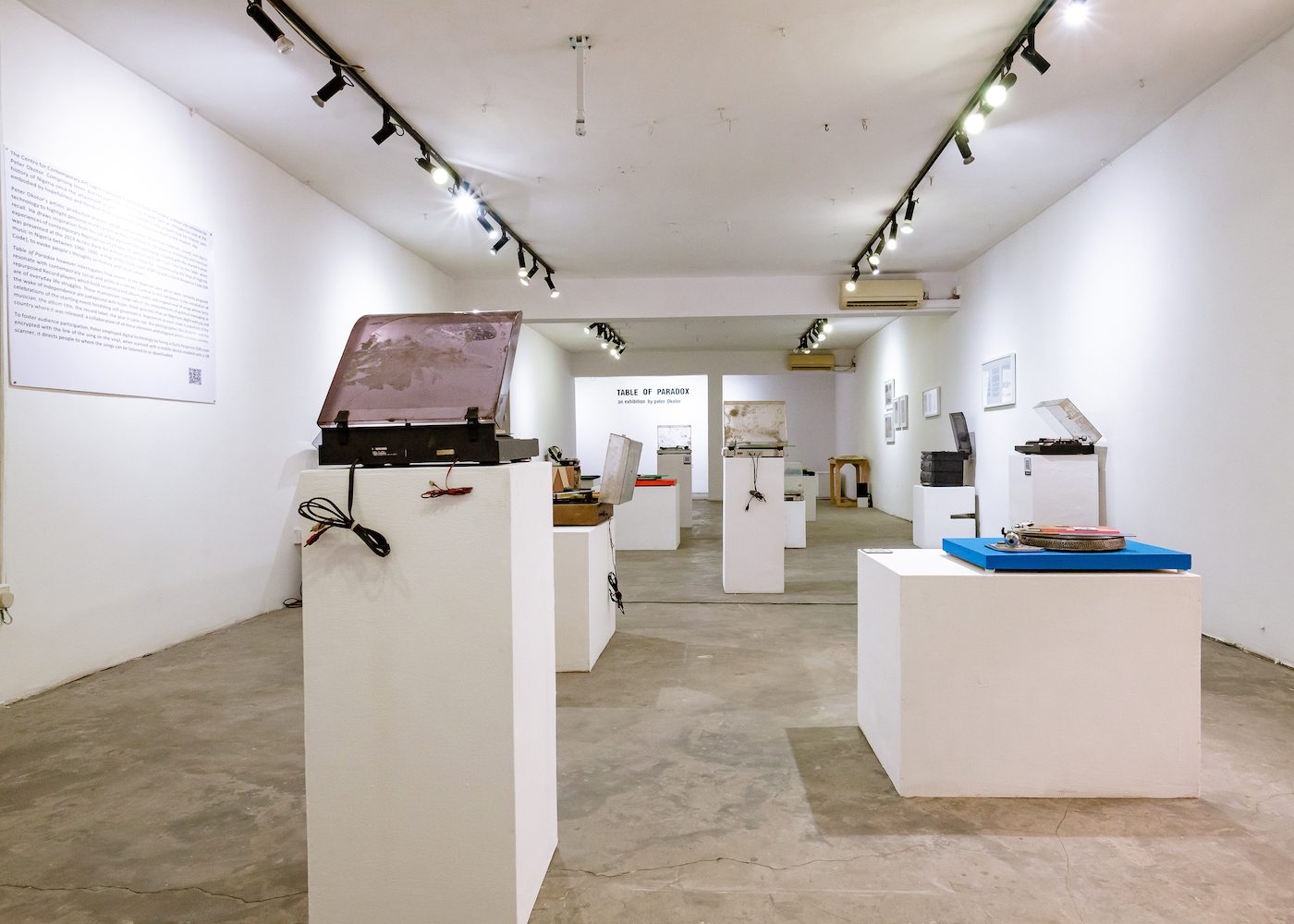 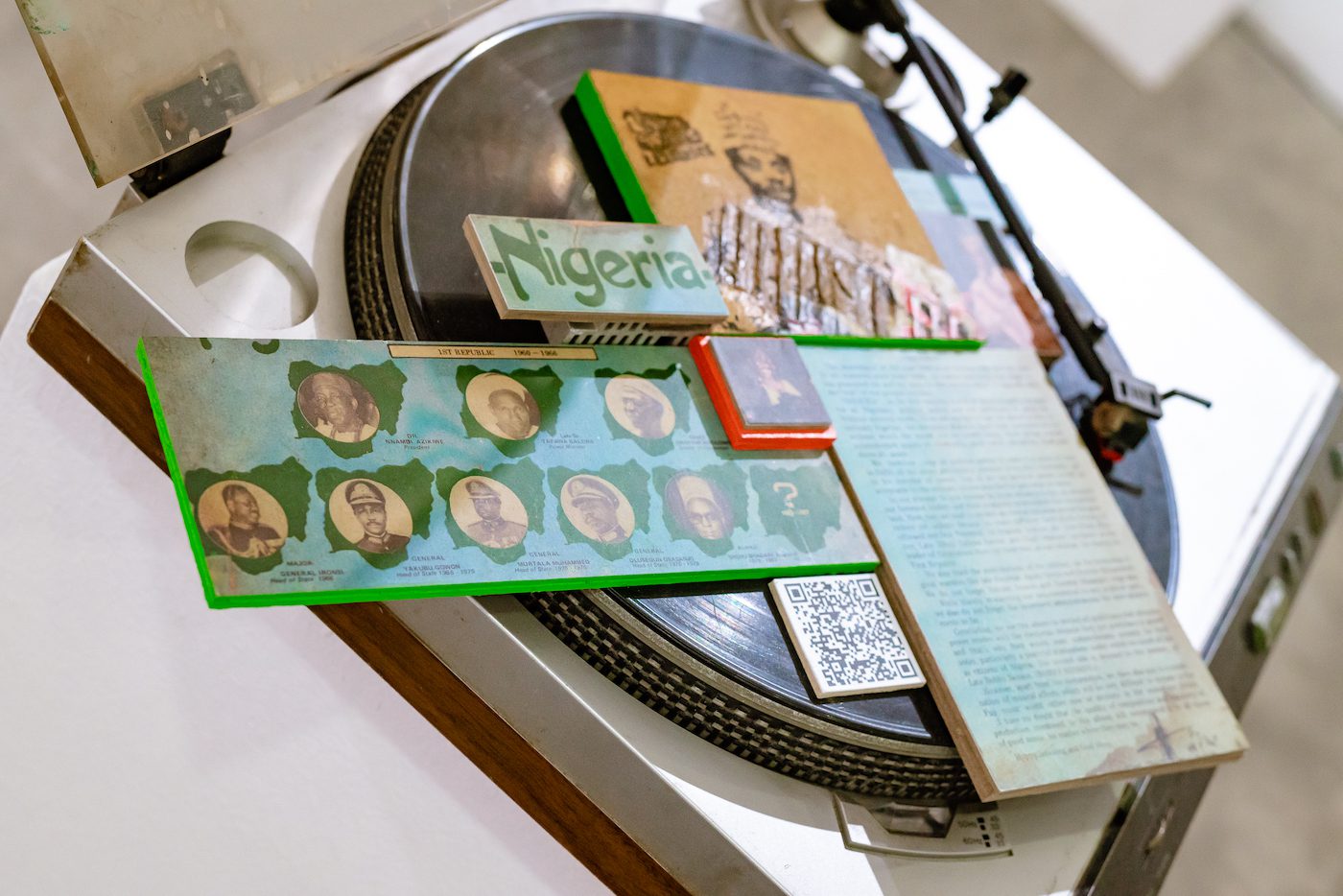 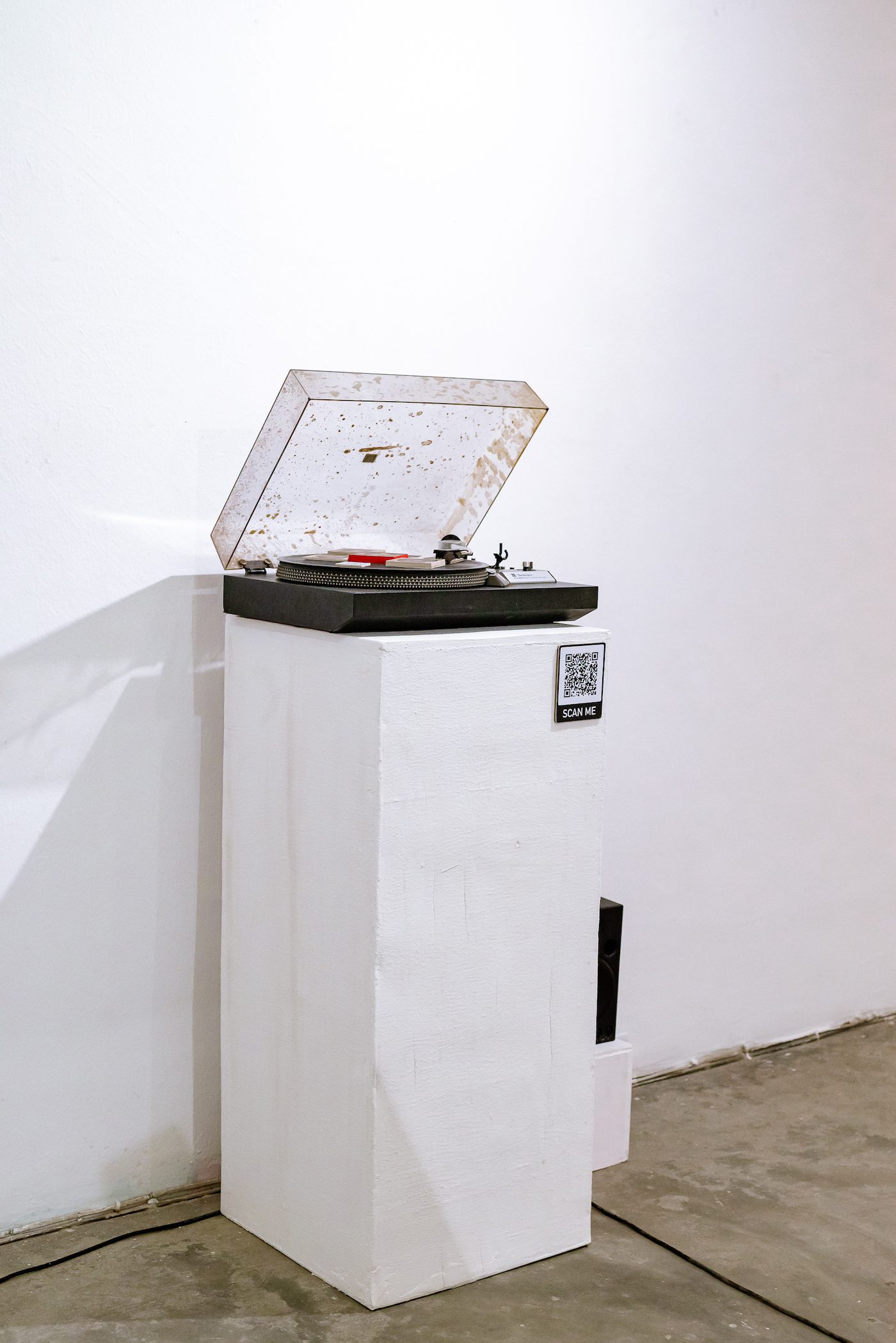 It is more than just a case of new meets old, ancient meets contemporary, or analog meets digital; it is a laying down of a country bare on tables of sound.

Peter Okotor’s exhibition at the Centre for Contemporary Art, Lagos, his first solo exhibition, is the first attempt to sonically compare the similarities between Nigeria’s past and present through archived songs from the 1960s to the 1980s. His new body of work picks up from where his 2019 Access Bank Art X Prize entry left off.

The entry, titled Let’s Turn Time on The Table, used archival music from the same period and a quick response (QR) code. His new body of work, Table of Paradox, can also be compared to the project The Ambivalence of 1960 by Nigerian-born sound and installation artist Emeka Ogboh, who currently resides in Berlin. Ogboh, whom Okotor has cited as his mentor, has compared various aspirations declared during Nigeria’s independence to current times by creating a combination of audio excerpts from speeches made during the independence celebrations in 1960. Okotor approaches from a different angle, relying on music with lyrics that speak about the state of the country.

In Table of Paradox, eleven vinyl record players that are mostly no longer working are combined with album covers from specific musicians and lyrics to the songs reconstructed with strawboards laid on top of the record players. Two of these installations actually produce sound, so the audience gets to listen to music either from the working vinyl record player or a more advanced sound system. Exhibition-goers also have the option of listening to the music through a QR code attached to each installation; once scanned, it links people to an online playlist where the songs of the exhibition can be downloaded.

On the wall are framed magazine cut-outs from 1960 announcing the birth of Nigeria and the speech delivered by the country’s first and only prime minister, Sir Abubakar Tafawa Balewa, on 1 October 1960. Okotor picked fifteen songs that paint a lyrical picture of the major national issues experienced between the 1960s and the 1980s, and he hopes that the audience will find the similarities and differences between those periods and now.

“It was the wake of independence in Nigeria, and we were welcoming nationhood, self-rule – it was time for us to own our own narrative,” Okotor explains. “The speech by Nigeria’s first prime minister was full of hope. Juxtaposing the speech and the reality on ground today, you cannot bring these things close to each other. It is not in tangent with what they were trying to say.”

The exhibition feels like a blast from the past with all the vinyl and history on display, and the music selections will arouse nostalgia for people who grew up listening to stars like the Mandators, Sonny Okosun, the Lijadu Sisters, Kollington Ayinla, Ebenezer Obey, Evi-Edna Ogholi, Sikiru Ayinde Barrister, IK Dairo, and Ikenga Super Stars of Africa. The musicians represent the popular sounds of the time: reggae, fuji, highlife, juju, Afrobeat sounds with jazz and disco. Many of these musical influences are still found in the music scene today.

The exhibition also feels like a history and music lesson as it tries to capture in a few frames and tunes the hopes and aspirations of the people who were present at the birth of a nation, while providing a musical narration of events that happened between independence and the 1980s. Visitors can enjoy the music, relive history, and gain a better understanding and appreciation of Nigeria.

“I chose the path of sound art from ART X. It might take different forms, but I want to actually explore and see what I can actually do with sound,” Okotor says. He plans to continue this journey on the wings of sound art – and with a mentor like Emeka Ogboh, he is in safe hands.

From 12 finalists, the ANNA Award selection committee will select the winner, who will…