The Palais de Lomé has been converted to a centre for arts and culture in Togo. Sémané Koffi Agbodjinou’s show LOMÉ+ will be its opening project. C& spoke with the architect, anthropologist and founder of the research platform L’Africaine d’architecture. About future African mega cities and the faces, and places that are engraved in the skin of Lomé.

Contemporary And: How did you become interested in this curatorial project?

Sénamé Koffi Agbodjinou: For several years now, I have been developing the urban utopia initiative “HubCité” as a sort of critical thought platform about the future of African cities in the face of the challenges and potentials of the digital era. As an attempt to make it concrete I chose Lomé as a territory of experimentation. The task for this exhibition was initially to present my reflections on the subject. Then I was offered the overall commission of the project that would also embrace the past and present of the city. I found that it was my responsibility to take on this opportunity to develop a narration as well as representations of this city that has never really had a sort of branding strategy. I tried to accomplish this by leaving room for possibilities; that’s what the “plus” in LOMÉ+ stands for. 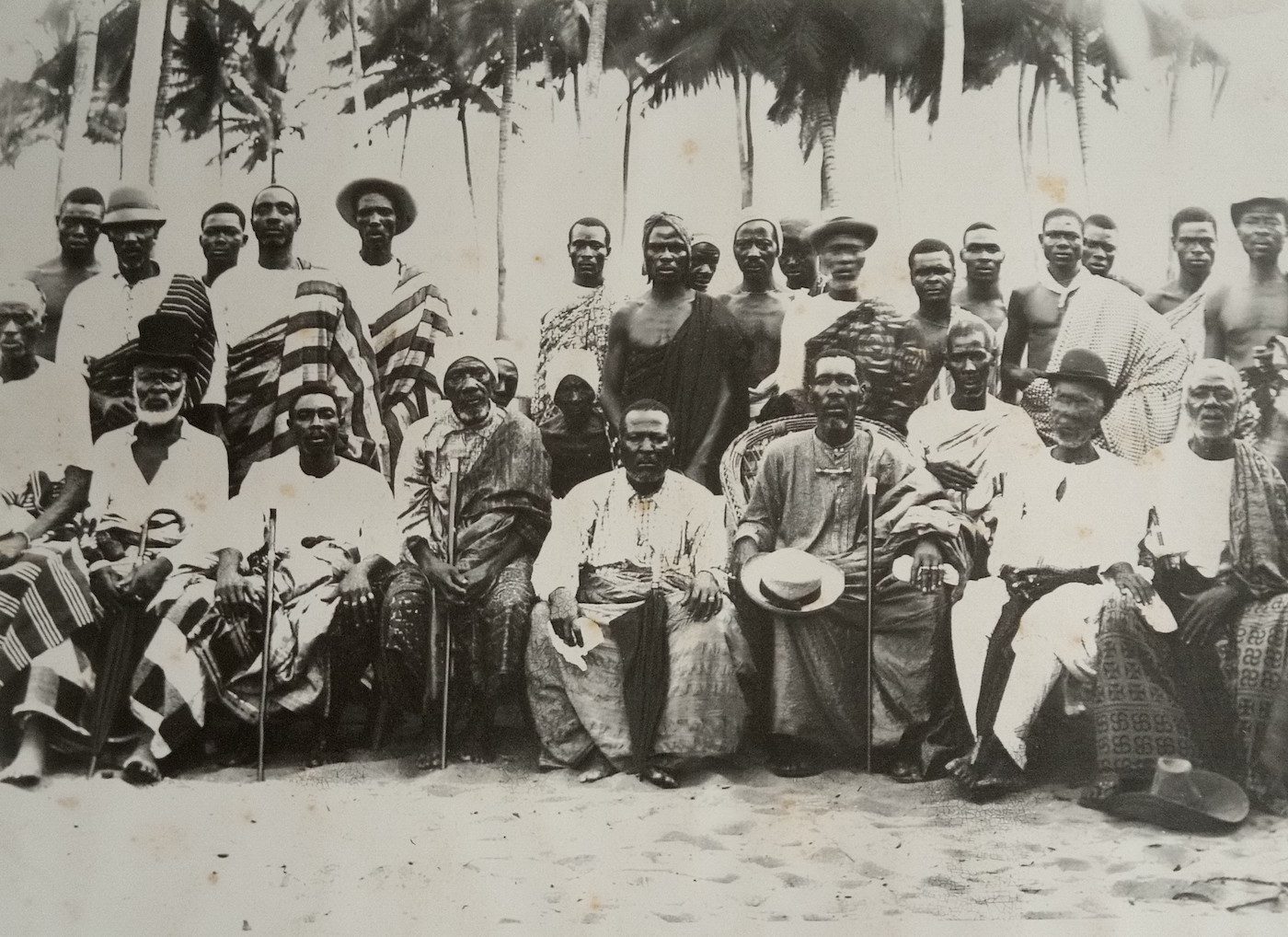 The Founders of Lomé (circa 1895). Part of the exhibition LOMÉ+.

C&: Lomé has been presented as an unpredictable laboratory bound to be a metropolis without being a megacity.

KSA: This is part of the conclusion of a scientific symposium held in Lomé in 1997 for the centenary of the city. It was based on the observation that Lomé has remained a capital on a human scale. 20 years later I am questioning this projection with this exhibition―at a critical moment of the constitution of the economic corridor Lagos-Abidjan. In 2050, one in four humans will be African and have one chance in two of being urban. If the population of the continent will double to reach a billion inhabitants, it is bound to triple in the cities: half of all Africans will be piled there by that time. Actually, the urban planning is boosted in favour of a demographic runaway. Because the megacities of tomorrow will be African! With this chaotic expansion in demographics, where will the centre of world power be situated? The so-called Gulf of Guinea corridor, which would become a sort of city-region from Lagos to Abidjan, would dissolve the discreet Togolese capital. Is Lomé bound for this fate? It seems that the challenges presented by these calculations are so unheard of that any attempt at prediction may be ineffective. So one angle of the LOMÉ+ project is to put this horizon into perspective and perhaps defuse the unthought-of. 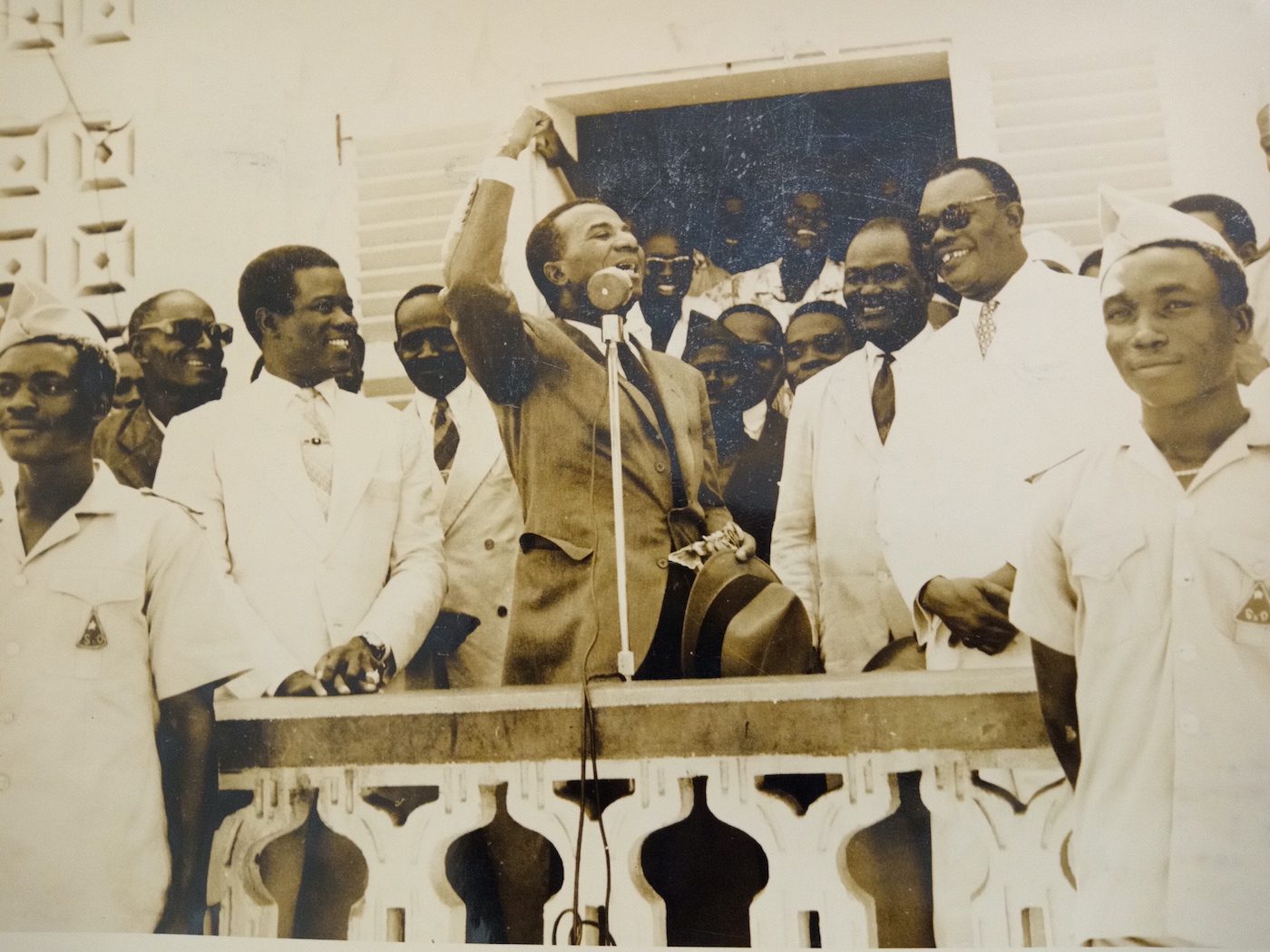 C&: The exhibition considers a critical use of colonial photography as a way of clarifying many aspects of the cultural, political, and social singularities of Lomé. Could you explain this concept a bit more?

KSA: In this exhibition, there is no such thing as a postcard—a product that can be considered as prolonging the typical “colonial” consumption. This is relatively new for a project with historical dimensions. We have adopted the most democratised angle possible. The exhibition does not only have an entertaining factor, it was also designed as a real tool in the social engineering of a city that must become aware of itself. The fact that Lomé has the specificity of not being a colonial city is helpful in that respect; scholars and a native bourgeoisie started very early to route the way in which the city was to be presented and represented. Even if my potential audience is very transversal, my typical visitor is likely to be the young female street vendor from Lomé. It is precisely with this person in my mind that I have conceptualised the museum project. I have tried to clear out everything that does not make sense for her or anything that she would not question. 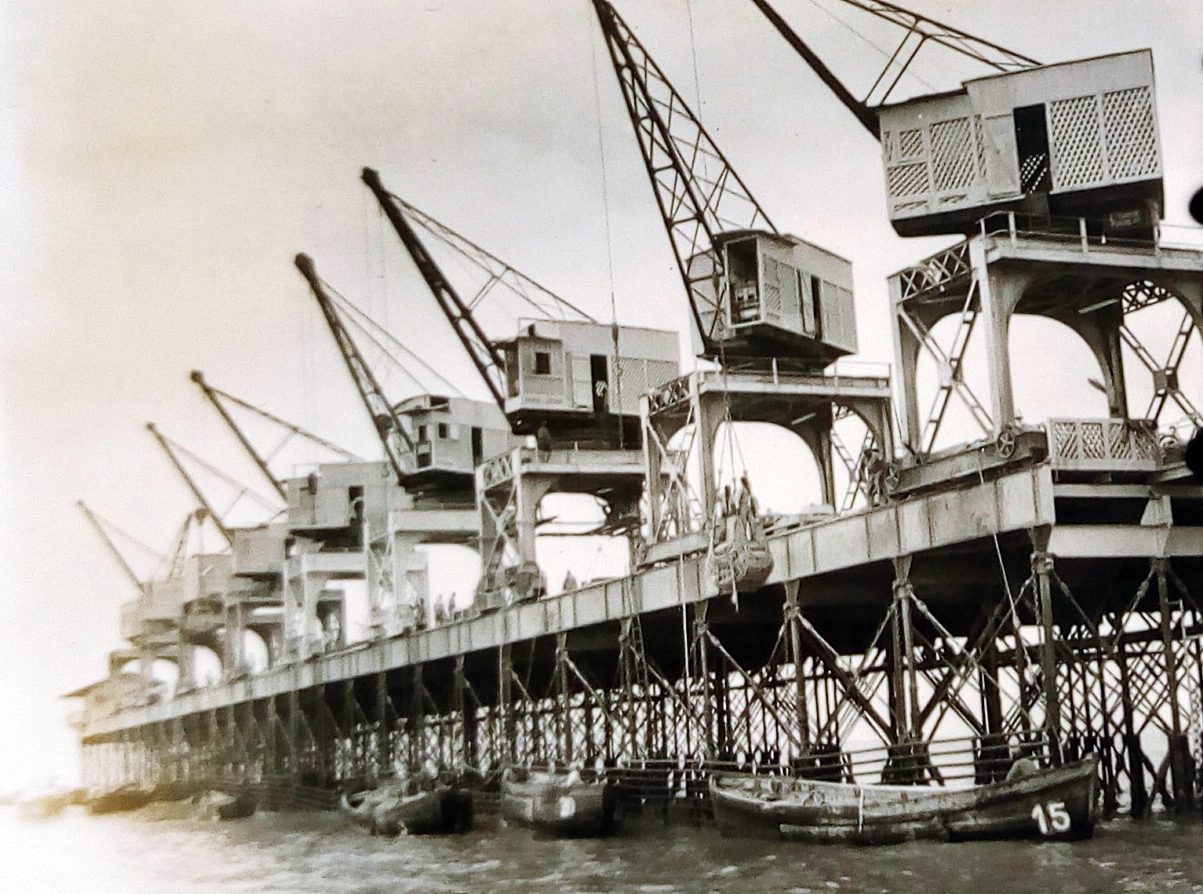 The French Wharf. From Archives Nationales du Togo. Part of the exhibition LOMÉ

C&: I am especially interested in the piece “Aux Impossible Imminents”, which is a double video triptych created by rapper Elom 20ce. Could you tell us a bit about this installation?

KSA: It’s a six video portrait, produced by this rapper with a rather unique sensitivity. Elom stops at the figures that challenge him—three men and three women—for recounting them: six strangers declassed, who profess the imminence of ethical and positive hazards . All these portraits of Lomeans have the new and changing city for decor. From the three videos of Elom 20ce, we follow three life-paths of young Lomeans who are different from each other but similar in the conviction of soon being part of a better future. The resourcefulness of these young people informs the viewer on the daily struggle of young Lomeans to succeed in their lives.

C&: The use of technology in exhibitions is growing, and this show is no exception. Can you comment on that?

KSA: From the beginning, the Palais de Lomé wants to show a certain avant-garde in Africa. In relation to that, my project is supposed to make a contribution to this larger undertaking. And in fact, LOMÉ+ has a strong digital accent. But technology is never used only for itself, even in the chapter on the ‘Future’. It is mobilised only in that it sublimates some vernacularity.

Sénamé Koffi Agbodjinou – an architect and anthropologist by training, Agbodjinou (Lomé, 1980) is the creator of the collaborative research platform on African architecture and urbanism called L’Africaine d’architecture. He is also the founder of WoeLab, a network of Togolese tech-hubs with the ambition of making everyone equal in the face of technology. Since 2017, Agbodjinou has been a fellow of the Ashoka Foundation for social entrepreneurs. A speaker at several major conferences, Agbodjinou is interested in issues as diverse as traditional thinking and design, digital revolution and start-up culture, collaborative economics, and the Third Industrial Revolution. The exhibition Lomé+ is his third curatorial effort.

Elisa Pierandrei is a journalist based in Milan.

Check out our database of art and cultural spaces that host and engage with art, artists and cultural producers from African perspectives.