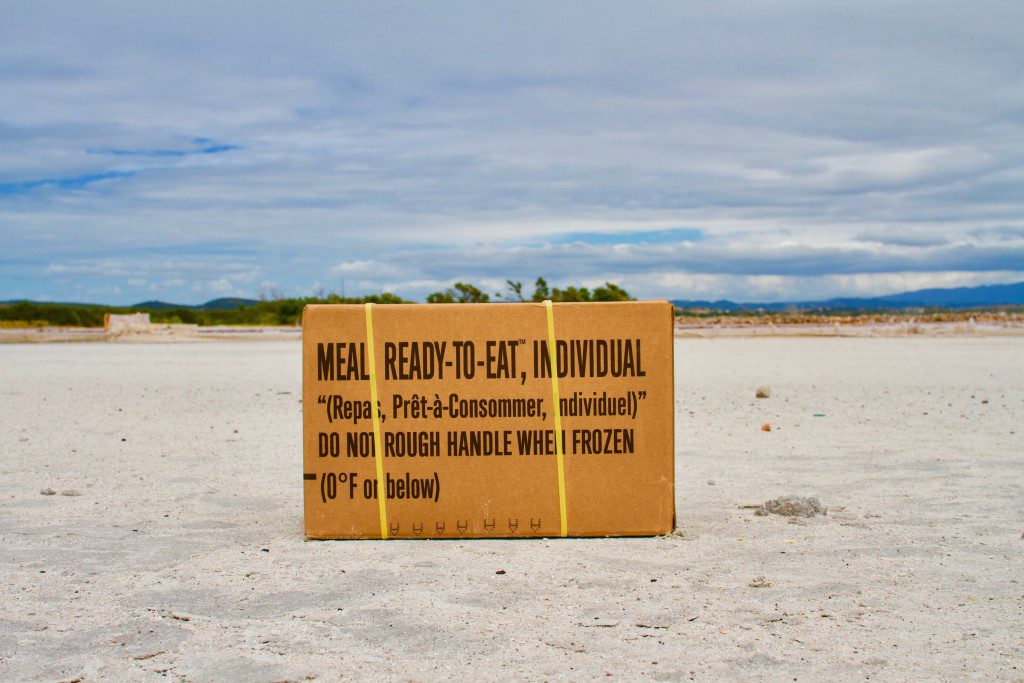 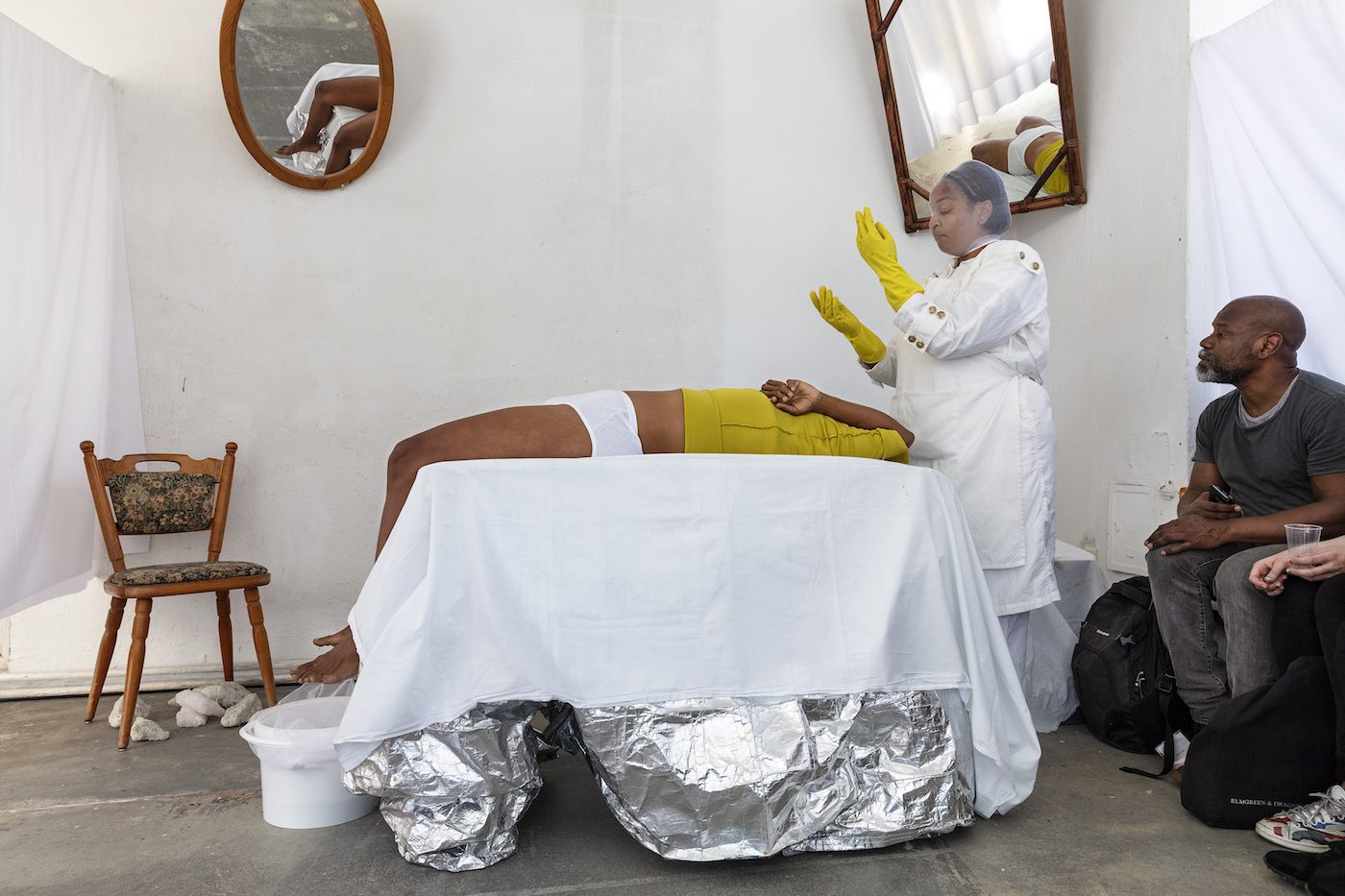 Las Nietas de Nonó: “We Need to Heal the Wounds”

The Puerto Rican sisters and artists Lydela and Michel Nonó present their performances at the 10th Berlin Biennale. Theresa Sigmund spoke with them for Contemporary And (C&).

Contemporary And (C&): Lydela and Michel, working together as sisters and artists in the duo Las Nietas de Nonó, you transformed your grandfather’s house in Puerto Rico into a community space. How did your interest in art develop and when did you begin working as a team?

Lydela: I discovered a connection to art in elementary school and spent most of my time at the library, reading. The staff at the school library approached my mother and suggested to put me in acting classes. My mother did her best, but after a while, she was unable to pay for the classes. I continued to participate in artistic activities at the school and one day, an opportunity arose to study modern dance and ballet at the Carolina School of Fine Arts, and I was there for three years. I wanted to be a ballerina but it wasn’t possible. I have always been big and the teacher told me to lose weight before I could put on the pointed ballet shoes. I got frustrated and gave up. Later, I studied social work and it wasn’t until the age of 28 when I reconsidered art as a way of expressing myself. I began studying theater but understood that the academic approach to art was too rigid for me, and I left that as well. I wanted to act at the theater and in movies and to free myself of stereotyped characters.

I reconnected with my sister in Buenos Aires in 2010 after not seeing each other for three years. When she told me she needed an actor for a character in a theater direction course, I realized that we were both in different countries but on the same frequency.

Michel: Ever since I was a little girl, I loved literature. I wrote novels, stories, poems, songs and plays, I just could not stop. At home we did not have many books but as my sister is three years older, I also read the novels that were given in her classes, I read the same books over and over again. When I was 22 years old, I got bored of the University, and so I became self-taught and started saving money to travel. I took a Theater Direction course in Buenos Aires with Juan Carlos Gené. To complete the course, I had to set up a theatrical scene. During this time, Lydela was visiting Buenos Aires and I asked her to play one of the characters in the play before returning to Puerto Rico.

I was writing a play with texts by Alejandra Pizarnik on silence and the poetic image of the double. I really wanted to collaborate with Lydela and I wrote the text with her in mind. When I finished writing Dialogues, Extraction of the Madness Stone, I sent it to her. I went to Puerto Rico to set up that play and then return to Buenos Aires, but I ended up staying on the island, and we began working together around the house of our grandparents (“Patio Workshop”). This process has given us the opportunity to create a collaboration between us that nourishes us as sisters, artists and neighbors.

C&: In your performances, you relate your personal history and that of your relatives, to the experiences of marginalized black communities in Puerto Rico. Why did you choose this autobiographical approach?

M: Silence has been an incentive to reflect on other stories from a colonial archipelago with a homogenized “official” discourse. When the grandmother has been expropriated from her home, a cousin is born in jail, when women have had their reproductive organs forcefully removed and traditional healers have been demonized; we want to reflect on this in our art. And if these stories are mirrored in other black biographies, we feel an urgent need to uncover them. Entering the realm of performance through a fragmented dramaturgy allows us a space to reveal information, which we could not have accessed through mere rationalization. Creating from our experiences also means searching for strategies to practise the decolonization of our bodies.

L: We need to transform the pain. We are healing the wounds of my grandmothers, of Mami, of the women and men of the family. We need to recover the space of the silent voices. Part of our practice is to delve in to the memory of the body; inside its cells, its bones, until opening a window for the ancestral memory and liberate ourselves from the trauma. The autobiographical approach gave me an understanding of myself. When we develop a scene, I don’t know the reason for making a certain gesture or uttering a phrase. For example, during the development of Manual of the domestic bestiary, the phrase “The same fear as the grandmother’s, the same fear as Mommy” appeared, while she closed an empty old refrigerator with a knife in her other hand. In that scenic moment I suddenly connected with my maternal grandmother, Providencia, whom I never knew when she was alive, and it stirred in me a stronger compassion and love for the women in my family who struggled to live, despite the scarcity and displacement.

C&: You often examine the circumstances of your neighborhood. Performances like Manual of the domestic bestiary, about the life of a family, take place in your own home. Is there any separation between your private life and your artistic practice?

L: The relationships that we have inherited in our neighborhood were key in the process of creating the Manual of the domestic bestiary. During the creative process, the house began to speak and provide more layers. In each presentation there was an unexpected moment. In the middle of a piece, a neighbor called me from the street to give me a message, and I attended to my neighbor while continuing with the performance, all at once. Everything is part of the process. We believe in the integration of everything that surrounds the performance. The house has a strong sound of the neighborhood, and I can not possibly imagine Manual of the domestic bestiary in the sterile space that a theater sometimes is, not to mention the crushing bureaucracy imposed on productions here in Puerto Rico. Personally, I can not imagine artistic practice separated from everyday life.

C&: In your practice, you examine multiple problems of the black communities in Puerto Rico. How do you feel, as black artists, presenting your work in Berlin?

L: In our community, we support actions against the closure of schools and in favor of the recovery of our neighborhood which was strongly affected by Hurricane Maria. Our neighborhood is struggling to recover the elementary school, where more that three generations studied and which the government decided to close in May 2017. That is a big problem for a black, working class community, which barely has sidewalks, not to mention efficient public transport. Circumstances like these cause the displacement of families, who are now forced to emigrate to the United States. To the extent in which our artistic proposal obtains visibility and questions the problems of our black communities, that is where we see the importance of presenting in the Berlin Biennial.

M: As part of our research in Berlin for Illustrations of mechanics, we connected with Afro-German activists and historians. When we speak of ourselves as queer black artists in a colonial system, we do not remain in an isolated context. Rather, we find similarities between different processes of exclusion and violence against black bodies all over the world. The many relationships we have cultivated in Berlin as a result of our research have been beautiful and we are extremely grateful for the process itself.

C&: Could you share with us the concept for your contribution to the 10th Berlin Biennial?

M: Since 2016, we have collected information about the industrial medical complex: obstetric violence and the demonization of healers, which has materialized in the piece Illustrations of mechanics. The illustrations have been nourished by presentations in Haiti, Cuba and Chicago. At the Berlin Biennial, we present a multimedia installation that reflects on the black bodies subjected to experimentation in the hospital, at the school and in prison. The installation will be in process throughout the Biennial.

L: We are very excited by the long and expansive processes, unusual spaces and a small group of spectators to generate more intimate connections. I envision a living theater, and in order to sustain that, we have to continue creating, at every moment, feel ourselves, feel the people, allowing the space to speak to us. There is no separation between actor and spectator, and we hope to create a space, where we are all both actors and witnesses at the same time. A laboratory in real time.

Theresa Sigmund is a freelance cultural scientist and practicioner. As an editor/coordinator of Contemporary And (C&) she is based in Berlin.