The work of Khadija Saye, who died in the fire in a tower building in London, is exhibited at this year’s Venice Biennale.

Khadija Saye, who has been named as a victim of the Grenfell Tower fire, had met with an influential gallery director only a day before her death. Photograph: Daffyd Jones/PA

It was Khadija Saye’s work „Dwelling: in this space we breathe“, a series of photographs at the Venice Biennale using 19th-century techniques exploring the migration of traditional Gambian spiritual practice that made Andrew Nairne, director of Kettle’s Yard gallery, meet her just before her untimely death. “That she had created such a remarkable, powerful, original series of works was quite extraordinary,” he said. “It’s an absolute tragedy – this was such a confident first body of work, but there was so much more to come. She had a remarkable future ahead of her.”

Born in London, Saye lived with her Gambian mother and had gone to a local school, but at 16 won a full scholarship to the prestigious Rugby school. After school, Saye went on to study at the University for the Creative Arts, where she was part of a tightly knit group of four women who lived and created together. 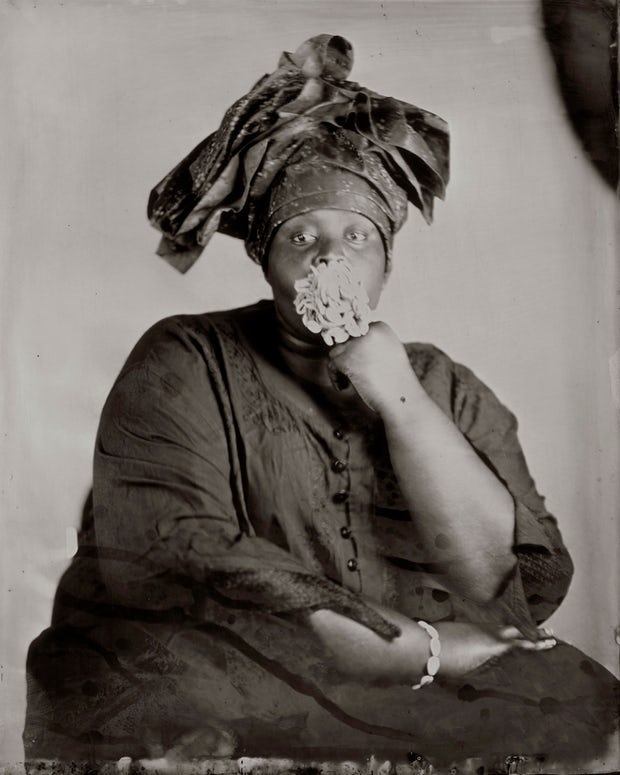 One of a series of photographs by Khadija Saye that are on show at the Diaspora pavilion during the 57th Venice Biennale. Photograph: Khadija Saye

Her work „Dwelling: in this space we breathe“ is presented at this years Diaspora Pavilion, an exhibition to be held in Venice still running until November 26th 2017 at the Palazzo Pisani S. Marina during the 57th Venice Biennale.

The Diaspora Pavilion, presented by the International Curators Forum (ICF) and University of the Arts London (UAL) is conceived as a challenge to the prevalence of national pavilions within the structure of an international biennale and takes its form from the coming-together of nineteen artists whose practices in many ways expand, complicate and even destabilise diaspora as term, whilst highlighting the continued relevance that diaspora as a lived reality holds today.

The source of this text is a publication by: guardian network