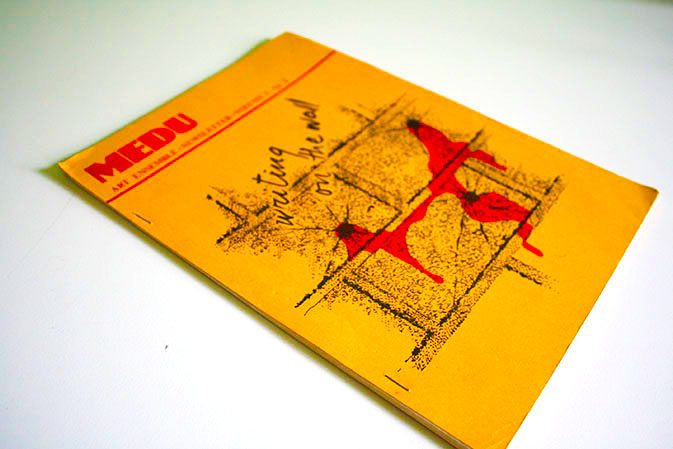 Take a look into libraries and book collections holding some of the rarer and often forgotten publications, which are nonetheless essential to the discourse on both sides of the spectrum. Featured this time: Keleketla! Library in Johannesburg.

The Library presents their selection of the renowned and important ‘Medu Art Ensemble Newsletters’:

‘The collection at Keleketla! Library consists of over 4000 titles of all subjects received from donations over the last five years. Located in the ‘complex’, dynamic, transient Johannesburg inner city suburb of Joubert Park, the collection is mainly used by youth and educators. The library provides a counter-argument to the ‘low readership level’ rhetoric. Furthermore, the library is concerned with knowledge production that takes the archive as a point of departure.

Thus the Medu Art Ensemble Newsletters are the bibles of our after school programme in art and media, evident in the silkscreen posters produced by youth. Medu Art Ensemble was an art-making collective formed in 1978 in Gaborone, Botswana by South African artists exiled after the 1976 uprising. Medu (which means ’roots’ in Sepedi) aimed to use all forms of creative art – poetry and writing, theatre, visual arts, music and dance – to give voice to the South African liberation struggle. Medu put out the Medu Newsletter several times a year, from 1979 to 1985, modelled upon the black community arts magazine Staffrider.  The Medu newsletter provided a unique forum for creative expression and critical thinking around community-based and resistance arts; distributing material, which the apartheid regime outlawed and banned.’

About the library:
Keleketla! Library is an interdisciplinary, independent library and media arts project. It was established in 2008 to create access to the use of arts and media strategies as alternative education models and tools.

Judy Seidman is a visual artist, cultural worker and political artist.  She has worked in Southern Africa since 1972, was part of Medu Art Ensemble in the 1980s, and has been based in Johannesburg since 1990. Seidman currently works with community arts projects looking at collective expression of struggles around gender and social justice.

Rangoato Hlasane  is an artist, writer, illustrator, DJ (as Mma Tseleng) and organiser based in Johannesburg, South Africa. He is the co-founder and co-director of Keleketla! Library.