Wura-Natasha Ogunji is a photographer, performer, teacher, and anthropologist. We interviewed her about the beginnings of her career, her relationship to Lagos, and her body.

C&: In your practice, you use performance, video art, photography… What really brought you to the arts?

Wura-Natasha Ogunj: I started as a photographer and was taking a lot of self-portraits. I studied photography in the 1990s and at that time the absence of people of color from that history of image-making was striking. I had this question: “If they tell us there are no pictures, will we see the stories when they come?” To answer the question I had to turn to my own body, to draw from that knowledge – that ancestral, cellular, genetic, perhaps spiritual, memory. I became interested in photographing people who existed before the invention of photography. I created masks and ancestor dresses that could invoke these people, these pictures. The entire process was performative. I took photographs that I made into glass negatives and also recorded the actions with 16mm film. I was very interested in drawing from my own body’s knowledge to create a photographic image.

C&: You also studied anthropology. To what extent does this translate into your artistic practice?

WNO: Studying anthropology allowed me to study African and African-American history, Latin-American history, and art. It was the place where these areas of interest came together for me. Anthropology as a field is deeply flawed in its traditional positioning of non-Western peoples, but it also allowed for a kind of observation and research, which was important to me at the time, especially as an artist and teacher working in the field of photography. 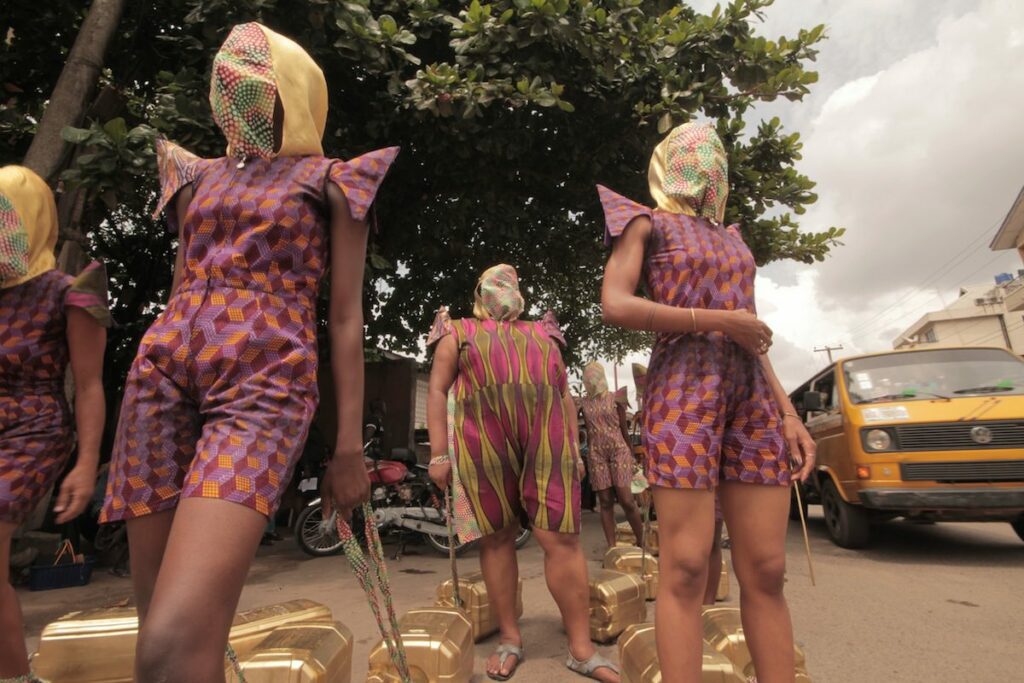 Wura-Natasha Ogunji, Will I still carry water when I am a dead woman? 2013. Photo: Ema Edosio

C&: Performance seems to be your main medium. With this you also engage with public, urban spaces such as Lagos. Can you talk about your motivation behind this and your experiences?

WNO: I love performance and drawing equally. The sense of engagement with space is similar, though the one happens on the page, while the other occurs in video, or more recently in the space of the city.

Until I began performing in Nigeria in 2011, most of my performances were private. They happened with the help of maybe one or two friends and were recorded with a still or video camera. That made sense for the questions I was asking at the time. The videos allowed me to answer those questions.

Traveling to Nigeria brought another set of questions that had to be asked in public. My first performance developed from a question I had about the work of women: “Will I still carry water when I am a dead woman?” The question emerged from a very real frustration I was feeling about the workload of women in relationship to leisure time which I was thinking about as time spent talking, thinking, dreaming, and philosophizing about the world – all things that are necessary for creativity, innovation and simple joy. For the performance, I am crawling on the ground carrying water kegs. This action has to happen in the street. To ask the question in this way creates a larger discussion. The answer comes not only from these physical actions of my own body, but through the presence of the audience – what they have to say is critical. And this happens not just in a verbal reaction, of course. The way the audience waits for the performer or follows a piece through the streets or explains the work to someone else. All of this becomes part of the history and meaning of a performance. 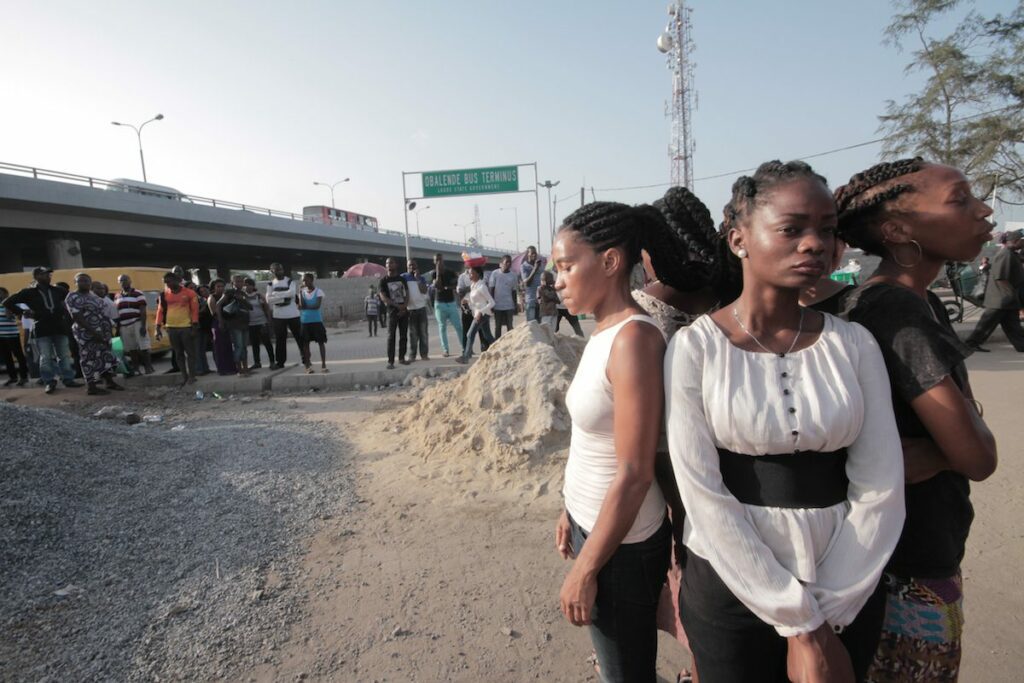 C&: How is the notion of (collective) memory in relation to the body (being physical, social, etc.) important to you?

WNO: Our bodies are such great containers of memory. And our consciousness holds so much information about our histories, even our futures. Scientifically speaking, we’re carrying this genetic material that is millions of years old. These bodies know a lot and tell a lot. I love how performance taps into this information; I love what it pulls out and where it can take us.

C&: We were recently asked by a journalist why we think global art tends more and more to look the same. You can’t look at a work from Nigeria any longer and say, hah!, that’s Nigerian. What do you think about that development?

WNO: To say that global art looks more and more the same is to miss out on the innovative ways in which artists are working today, and it also misses the nuances and specificity of place and experience. I think the more exciting and important questions have to do with the changing ways we create, as well as write about, talk about, curate, teach, and experience art in this historical moment. The range and diversity of art practice today, naturally, moves beyond and across geographic boundaries. Artists have totally expanded the landscape for making and sharing their work, so the language that we use to understand this work must also shift.