In Conversation with Christian Nyampeta

How to Live Together

Recently awarded the European Union Prize at the 12th Rencontres de Bamako, Christian Nyampeta is a New York-based artist using film, design, performance, and theory to explore history, culture, and translation. Our author Aïcha Diallo speaks to the artist about proverbs, translation as a means to understand Rwandan society, and thinking “the world” from within Africa both in its geographic unity and its historical contradictions.

C&: In your installations, writings, and design, you use the phrase “Ubuntu ni ububanje” (Generosity (always) starts) in multiple ways. What does this phrase mean to you?

Christian Nyampeta: This is actually a Rwandan proverb. As you might know, proverbs enjoin a way of thinking or doing, and acquire signification only when the occasion arises. In my case, this particular proverb has functioned as a performative diagram that marks the limits of the knowable. I learned that proverbs in general are not formulae or cornerstones of Rwandan thought or philosophy. They are not remnants of an old philosophy, preserved amid countless destructions by religious conversion, education, and other forces of “reason.” Proverbs are not maxims, aphorisms, axioms, or adages that could constitute some kind of Rwandan Holy Book of good observance. For the scholarship I learn from, they simply mark the limits of the knowable. And, to me, these limits can be diagramed in terms of modes of existence marked by a rhythm of giving-receiving-giving.

Throughout my doctoral thesis and its exhibitionary formats, certain proverbs have functioned as diagrams of circular causality, of feedback, which can be negative or a positive feedback – a virtuous or a vicious loop. 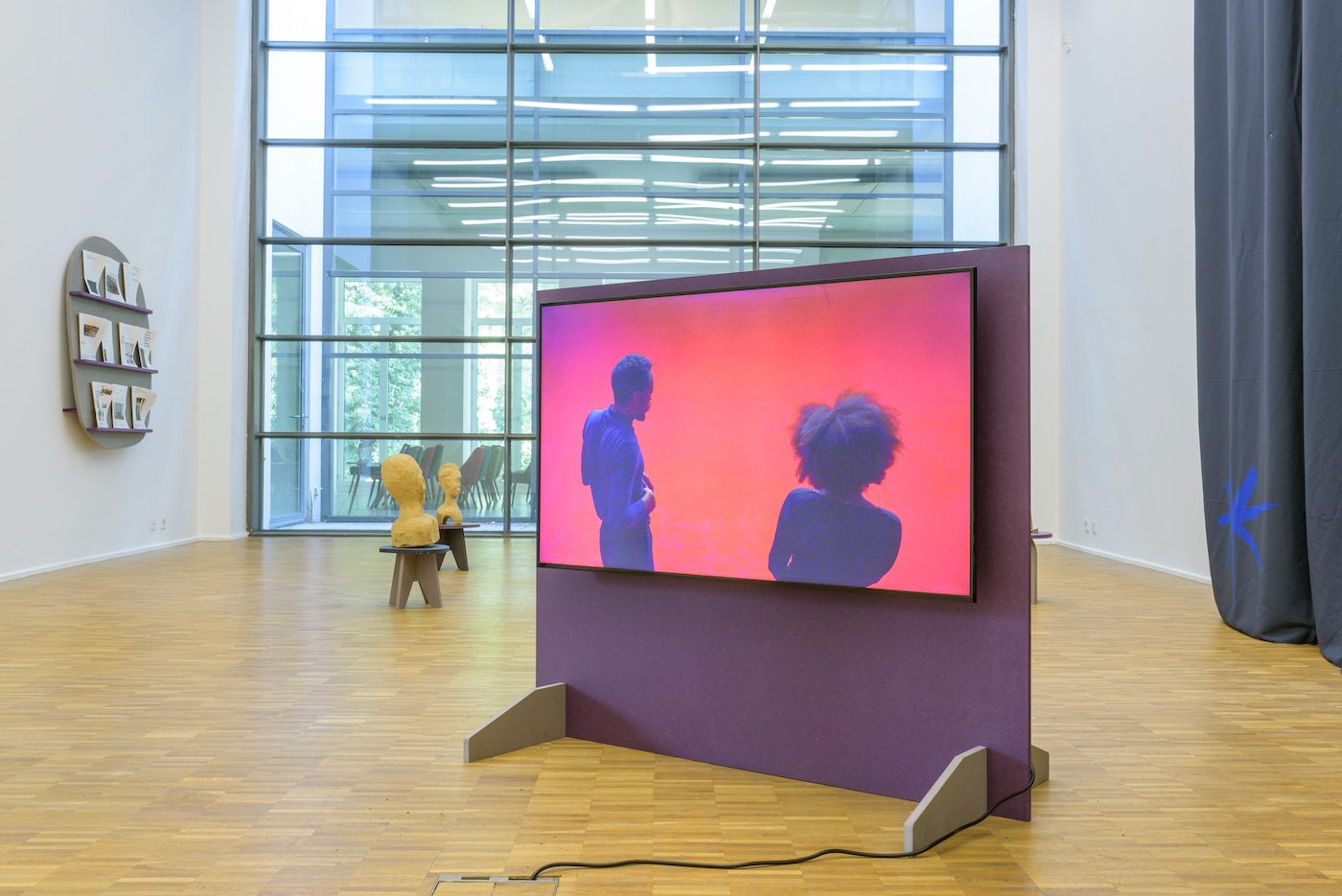 C&: How would you describe the ongoing conversations you have with philosopher and writer Isaïe Nzeyimana – also in connection with your initiative to translate African philosophy from French to English?

CN: It all started in 2012 when my then doctoral research supervisor, French-American philosopher Jean-Paul Martinon, invited me to co-organize a public forum at Goldsmiths, University of London. This was the institution’s fifth Visual Cultures Public Forum and it explored the question of “how to live together.” Martinon wanted to invite philosopher Isaïe Nzeyimana, but the because of immigration limitations, Nzeyimana made his contribution to the public forum through a video interview. Martinon recorded the interview prior to the forum, when Martinon had been in Rwanda working on his volume After “Rwanda”: In Search of a New Ethics(2013), which I actually quoted above on the subject of proverbs. Martinon had given me the opportunity to address a question to Nzeyimana, and I asked him to reflect on the question of how to live together.

Ever since then, I have engaged in conversations with philosophers at their homes, universities, and cultural institutions. My conversations with Nzeyimana have extended over the years and our collaborative works extend into long-term programs. Translating his work is a way for me to engage more deeply with its major preoccupations in history, economy, and education, as he attempts to think “the world” from within Africa, at once in its geographic unity and in its historical contradictions. I am interested in what collective annotation and critique contribute toward this project.

Finally, translating French to English and vice versa intervenes in the making of more than just histories in former imperial colonies. For instance, as historian Susan Thompson notes, much of the literature on the Rwandan genocide is published in English, which marks a break from the predominantly French-language scholarly literature on Rwanda before 1994. For Thompson, the lack of pre-genocide literature in English means that many well-intentioned and capable authors have sometimes failed to address the historical details so essential to understanding Rwandan society. Obviously, this lack of cross-language dialogue is not only particular to Rwanda. Such a dialogue seems beneficial in diminishing the intransigence of historical suffering and its manifestation in the present. 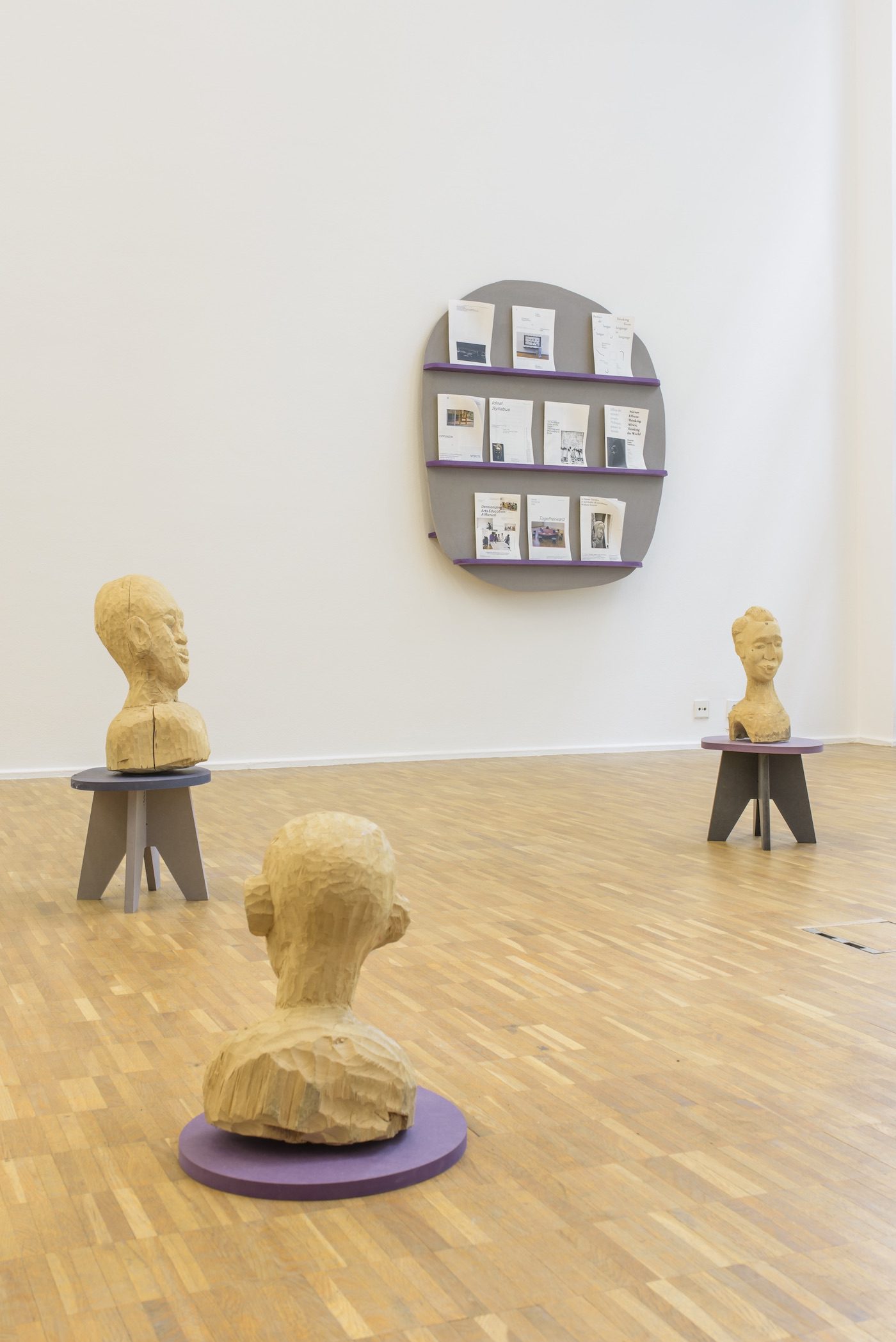 AD: Tell us about the multidisciplinary work you showed as 2019 winner of the Art Prize Future of Europe at GfZK, the museum of contemporary art in Leipzig.

CN: My first exhibition at GfZK is called A Flower Garden and this entire project is really but a chapter in the wider studies of “how to live together.” The name A Flower Garden comes from one of the earliest Dutch dictionaries, published in 1668. The author, Adriaan Koerbagh, was jailed because of the book and in fact he died in prison.

An important aspect of the overall program at GfZK has been the translation and annotation of a book by late Rwandan philosopher Maniragaba Baributsa from French to German and English. These activities take place in the structure of a working group located in Leipzig, which we convened for the occasion. The volume is called Les Perspectives de la pensée philosophique Bantu-Rwandaise après Alexis Kagame.

There is also my film Sometimes It Was Beautiful, which was commissioned by curator Maria Lind at Tensta konsthall in 2018. It has been described by Auckland-based curator Balamohan Shingade using the concept of a “time-knot” from Dipesh Chakrabarty’s volume Provincializing Europe. In the film, an unlikely group of friends gather to watch little-known films by Swedish cinematographer Sven Nykvist, which he made in the Congo between 1948–52, following the footsteps of his parents who were Swedish missionaries there. Coincidentally, this film was recently awarded the European Union Prize at the 12th Rencontres de Bamako.

I guess I am interested in Europe as a promise but also as a pathology, as a virus, as an epidemic. It looks like I am a scholar on Europe! Obviously there are many past Europes as there are many Africas, and there are also those to come.

Aïcha Diallo is a Cultural Analyst, Educationist, Editor, and Writer.