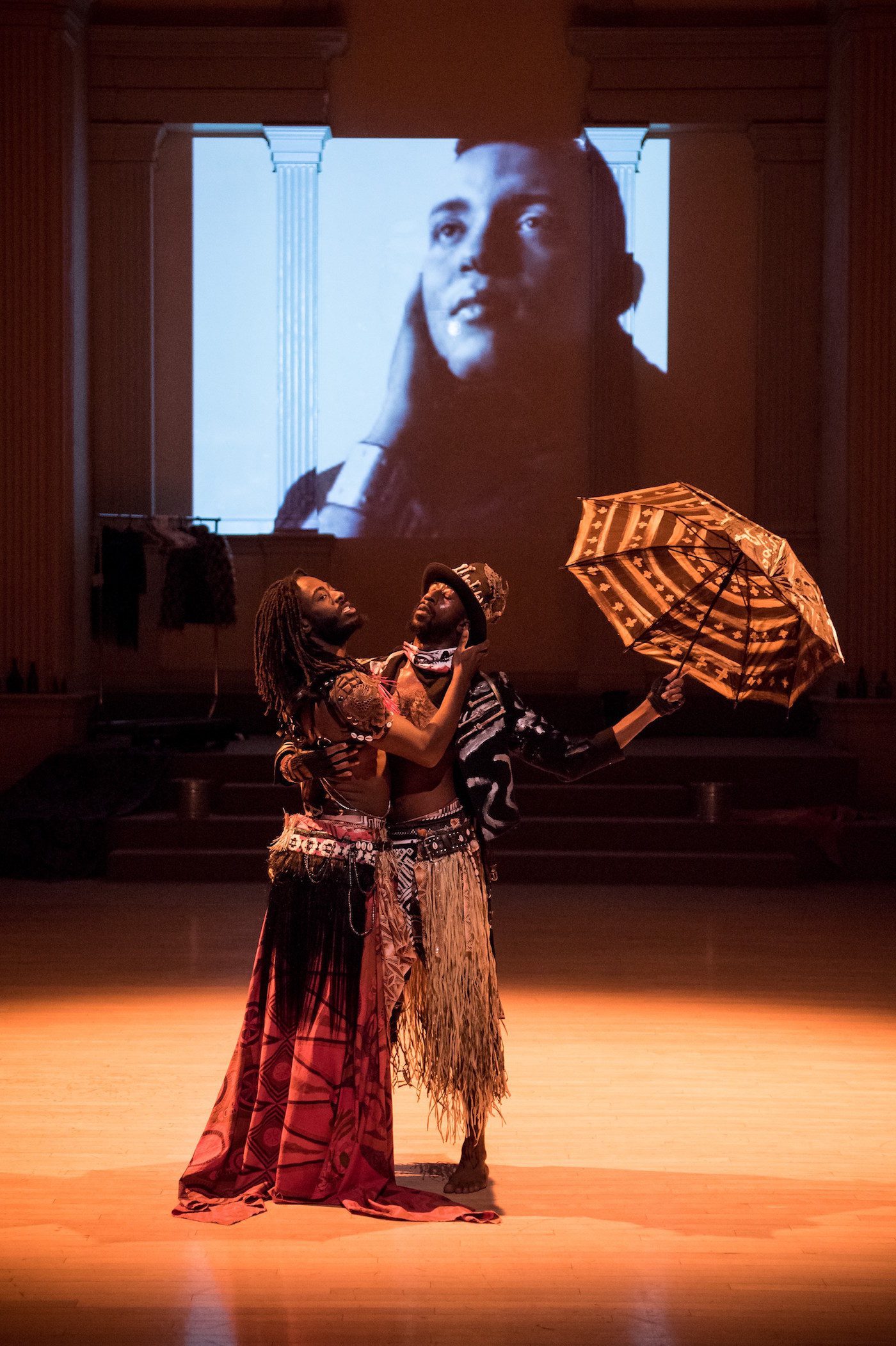 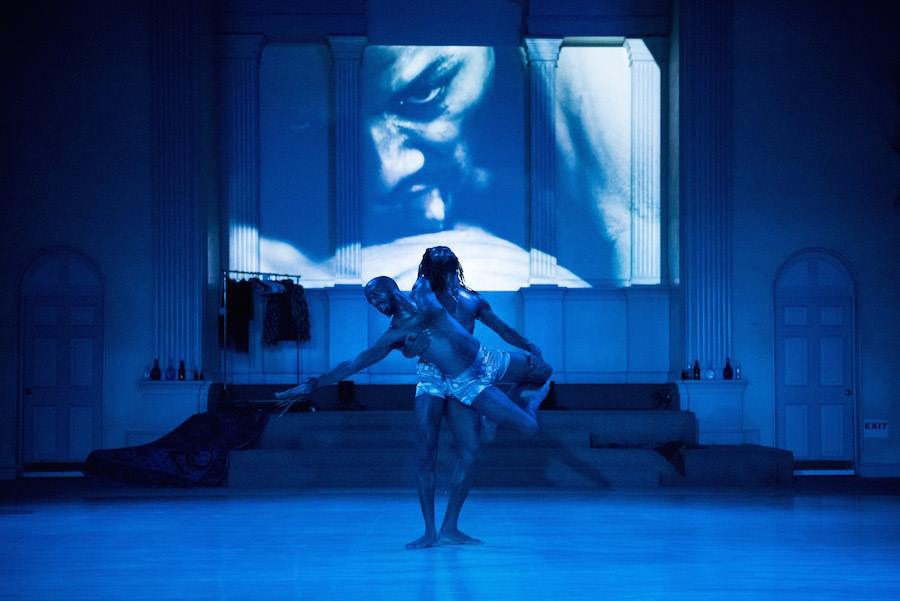 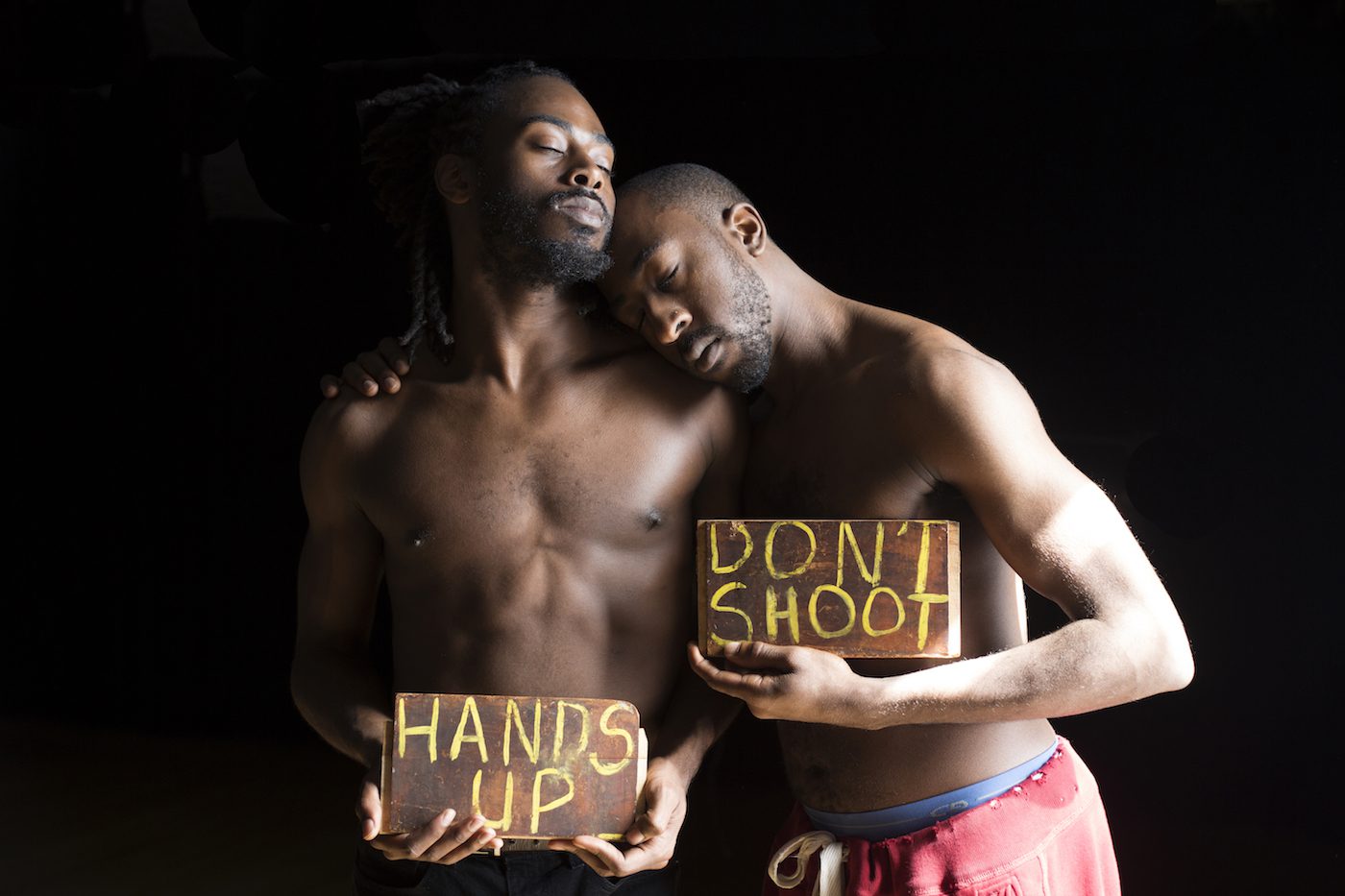 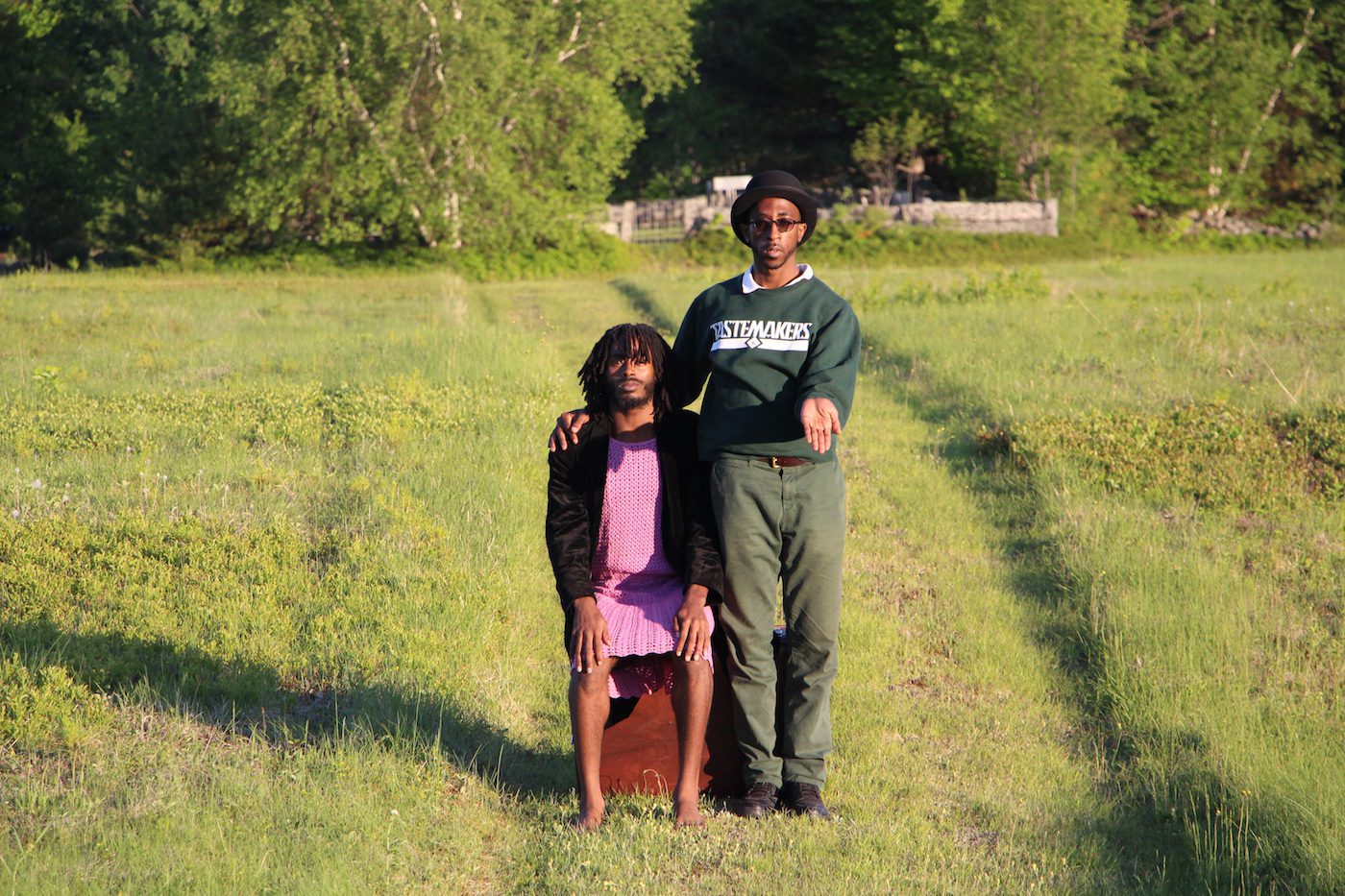 Ricarrdo Valentine and Orlando Hunter, the artists behind Brother(hood) Dance!, met four years ago during a dance audition in New York. They were the last male candidates, but didn’t make it. Yet, instead of feeling defeated, the dancers started collaborating on an oeuvre honoring the legacy of Black same-gender-loving men in the US, extending into queer histories of the larger African Diaspora.

C&: How did the Brother(hood) project start?

Ricarrdo Valentine: We’d created solo works individually, I particularly for the Bates Dance Festival [in Maine], and we both realized we work on the same things, so we brainstormed for a while. We also talked about seeing two dark-skinned men as leaders in the dance community. Oftentimes the narrative is a Black man and a white person, or cross-cultural collaborations. We wanted to bring a new narrative and imagery to the forefront. Brother(hood) was really created in our bedroom, and there are parentheses around the “hood” because I am from Brooklyn with parents from Jamaica, and Orlando is from the North Side of Minneapolis.

Orlando Hunter: The “hood” has been a space of innovation, creation, struggle, and triumph. And I think a lot of times when we start to move and elevate in society, we forget those spaces. The idea of the ghetto becomes the negative, the thing you should really be pushing away from. But that is what made us. So what does it mean to create with that kind of energy? We also look at it from a Black womanist perspective, because we understand that the idea of brotherhood is linked to patriarchy.

C&: Do you think about politics a lot while creating?

RV: Always. I think being of Jamaican descent and a same-gender- loving person living in America is already political. Creating this kind of work with Orlando is courageous.

OH: We think so much about identity and we’re definitely the children of identity politics, while the generation before us was coming up with all these terms and definitions. We can just see throughout history that art is a powerful tool to transform societies. So for us it is important to create work that we know or hope to be transformative.

C&: I also wanted to talk to you about the term “queer” and problematize it. Knowing your work, you very consciously engage with a legacy of Black queerness in the United States.

OH: That’s exactly where we are right now in our conversation. We recently created a piece called how to survive a plague, in which we are looking at the AIDS epidemic from a global standpoint and in relation to the US, where we’re interested in something we call the “gay prescription,” which is essentially a white identity. Black men in the 1980s and 1990s realized they didn’t fit into it and they were interested in creating a more expansive space, so they came up with the concept of same-gender loving.

C&: How does this influence your work? How do you transmit this energy?

OH: The piece Black Jones, for example, evolves around an idea to want, desire, or “Jones” this man and Blackness, in a world that is so anti-Black. We use the juxtaposition of a man in a suit and a man in a hoodie, next to Claudia Rankine’s poem Stop and Frisk, and then we witness the unveiling of these two characters who find out that they’re quite the same.

RV: And all of this is important to show because we are constantly surrounded by cis, white, heteronormative images.

C&: I know that eroticism has become a large component of your work as well. Why do you choose to focus on it?

RV: Recently, we travelled to Haiti and saw this photography exhibit by Josué Azor. He took images of eroticism between two men in Haiti and it was radical and groundbreaking because we finally see these images of two men loving each other in a Caribbean context. And when we walked into the room I saw a whole dance happening in the pictures. I saw how we, for example, bring movement to such images in our work. Just to see Black men close, touching, kissing each other, maybe doing poses you would only imagine. We are also very much inspired by Audre Lorde’s work on eroticism. It’s all about empowerment in a world that doesn’t even think we’re beautiful.

C&: Where do you see Brother(hood) in five years?

OH: I would like to be housed somewhere, where we are hosting residencies, where we are performing and teaching. I want for us to work in the field multi-dimensionally. As a collective, what does it mean for us to move in the 21st century? The idea of a company  has a certain hierarchical structure within a white capitalist world. We’ve been blessed to work in collective settings, partnering with different artists and working in various spaces. We’re looking at other blueprints of artists who have come before us navigating white capitalist structures and trying to figure out best ways to move.