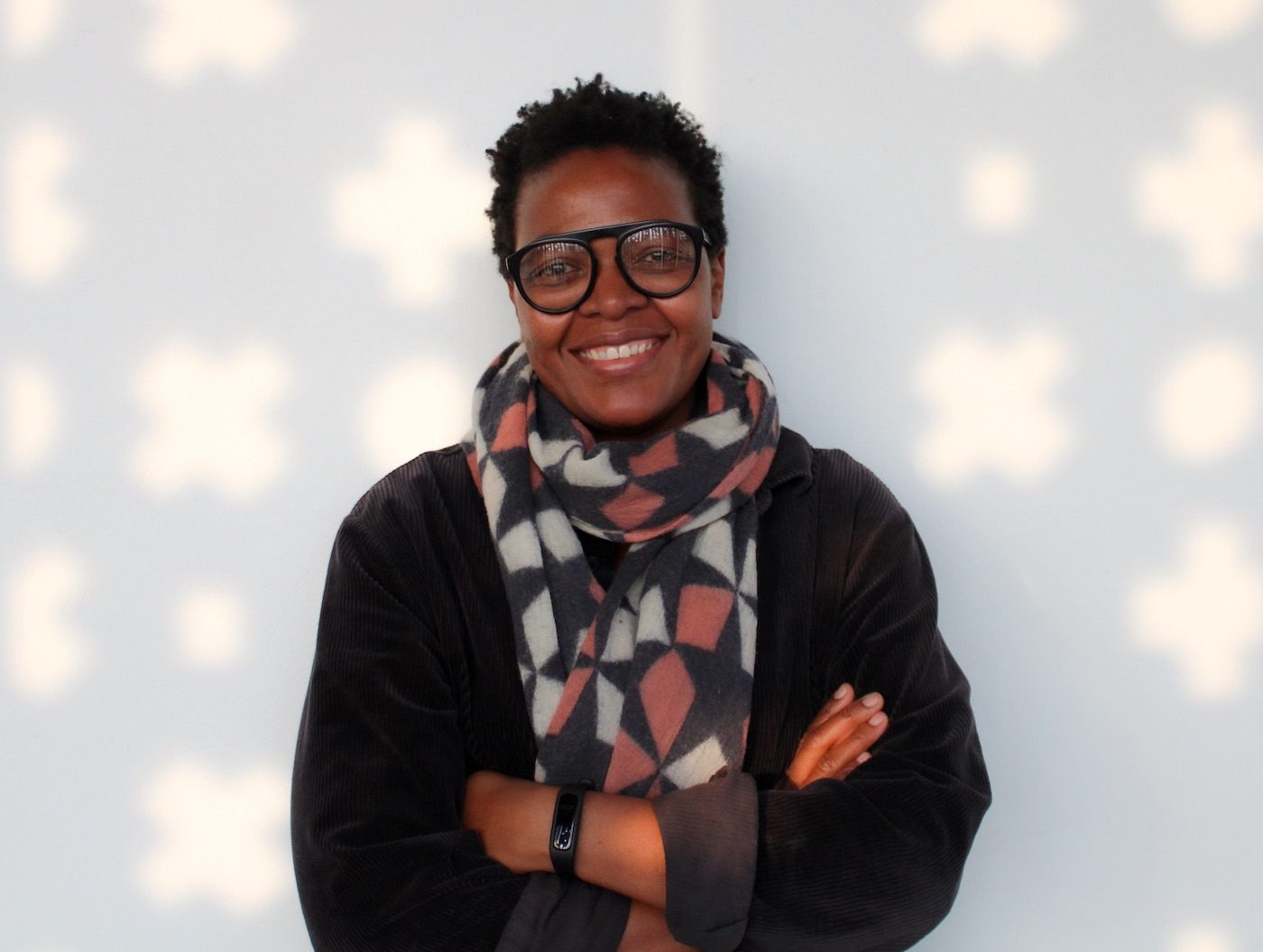 Javett Art Centre at the University of Pretoria

Ngcobo brings in years of experience working in the artistic field as artist, curator and educator. She resumed her new role already on 1 November 2020, but now its official.

Gabi Ngcobo has been officially appointed as Curatorial Director at the Javett Art Centre at the University of Pretoria (Javett-UP).

In 2019 Ngcobo curated All in a Day’s Eye: The Politics of Innocence in the Javett Art Collection, a curatorial project forming part of the inaugural exhibitions at the Javett-UP. In November 2020 Ngcobo stepped in as Javett-UP’s Interim Curatorial Director helping to shape the curatorial department as well as curate, with her team, Handle With Care, an exhibition of selected works from the SOUTH32 collection on a 10-year loan to the Javett-UP.

Ngcobo brings in years of experience working in the artistic field as artist, curator and educator. Between 2011 and 2020 Ngcobo was lecturer in the department of Visual Arts at the Wits School of Arts. Since the early 2000s Ngcobo has been engaged in collaborative artistic, curatorial, and educational projects in South Africa and on an international scope. Recent curatorial projects include Mating Birds at the KZNSA Gallery, Durban (2019) and the 10th Berlin Biennale titled We don’t need another hero (2018). She was one of the co-curators of the 32nd Sao Paulo Bienal (2016) and co-curated A Labour of Love at the Weltkulturen Museum, Frankfurt which later travelled to the Johannesburg Art Gallery (2015-1017).

Ngcobo is a founding member of the Johannesburg based collaborative platforms NGO – Nothing Gets Organised (2016-) and Center for Historical Re-enactments (2010–14).

Her writings have been published in various publications including the reader Uneven Bodies, Govett-Brewster Art Gallery, Aotearoa New Zealand (2021), The Stronger We Become the catalogue of the South African Pavillion, Venice (2019), Public Intimacy: Art and Other Ordinary Acts in South Africa, YBCA/SFMOMA (2014), We Are Many: Art, the Political and Multiple Truths, Verbier Art Summit (2019) and Texte Zur Kunst September 2017.

“I have followed Gabi Ngcobo’s inspiring and critical work for over 20 years, on both local and global arts spaces and platforms. Gabi has contributed to the radical shifts in the contemporary art discourses and intellectualisms in our time,” said Lekgetho Makola, CEO of Javett-UP. “We are indeed looking forward to exciting programmes mediated together with Gabi Ngcobo towards re-imagining our collective futures through art, research and curatorial practice ”

Ngcobo is recognised for her multi-layered de-colonial approach to the curatorial and her collaborative experiments in reconfiguring and transforming normative understandings of historical positions.

Commenting on her new position, Ngcobo states, “it is both challenging and timely to be curatorially directing the Javett-UP from this particular point in historical time. The COVID-19 pandemic has both created challenged and given art institutions opportunities for rethinking their socio-political stances and to revisit founding missions, collection strategies and curatorial focuses. The Javett-UP is a newly found art centre that is committed to bringing critical artistic engagement from the bottom up. I’m excited to be part of this re-imagining and to be surrounded by a great team of equally passionate people.”

Ngcobo and team’s current curatorial iteration, Handle with Care Exhibition, is open to the public through to early 2022 at the Javett-UP.