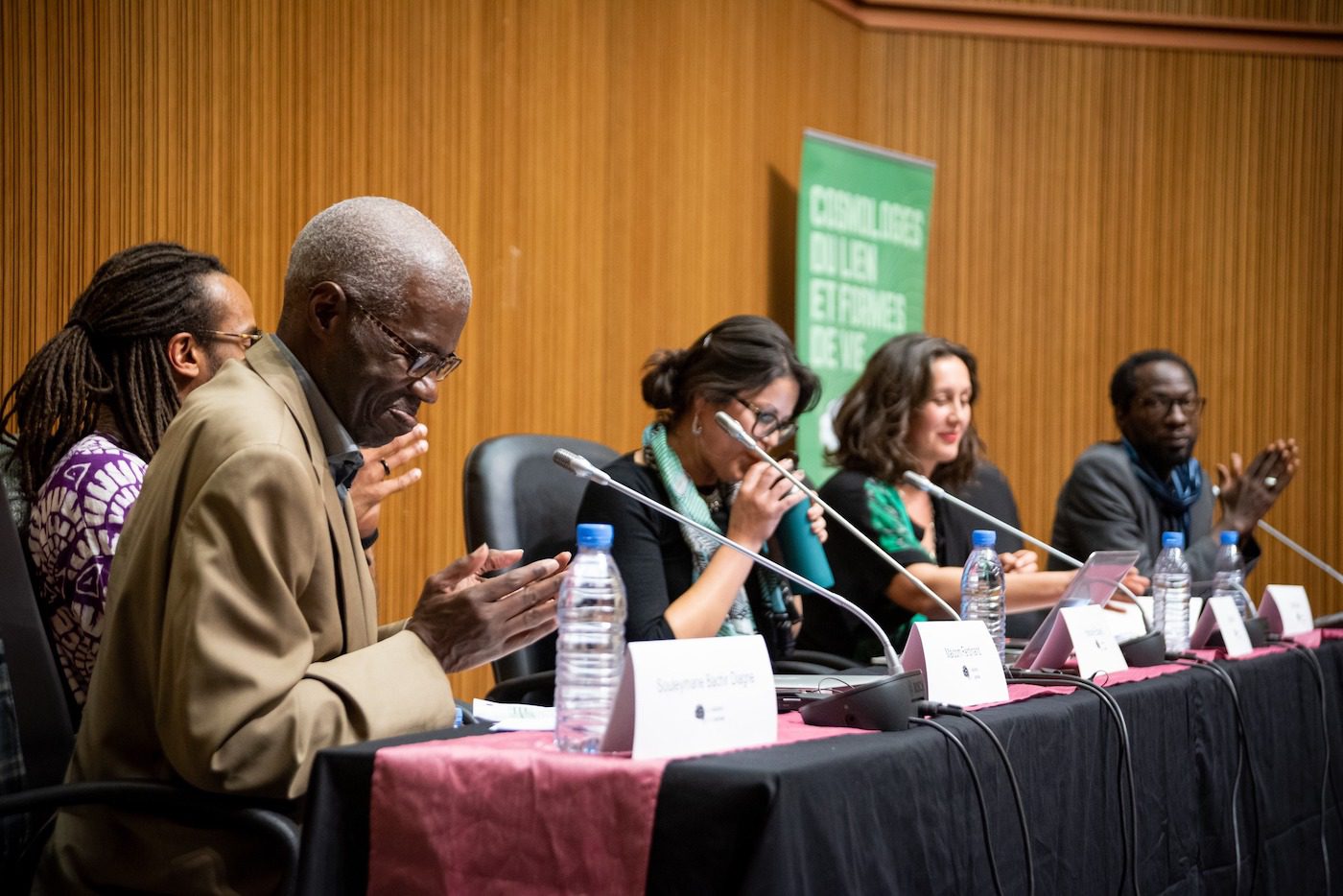 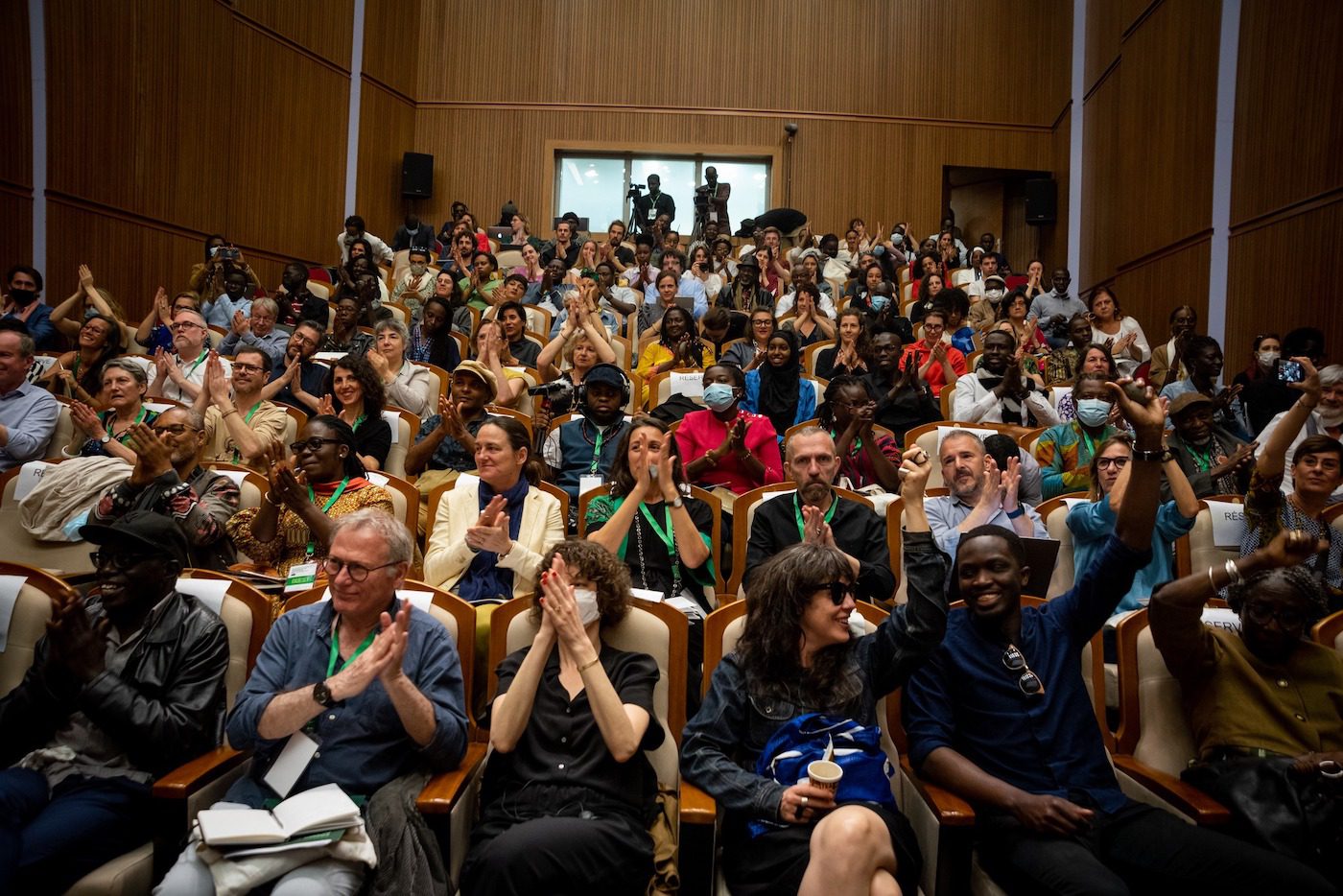 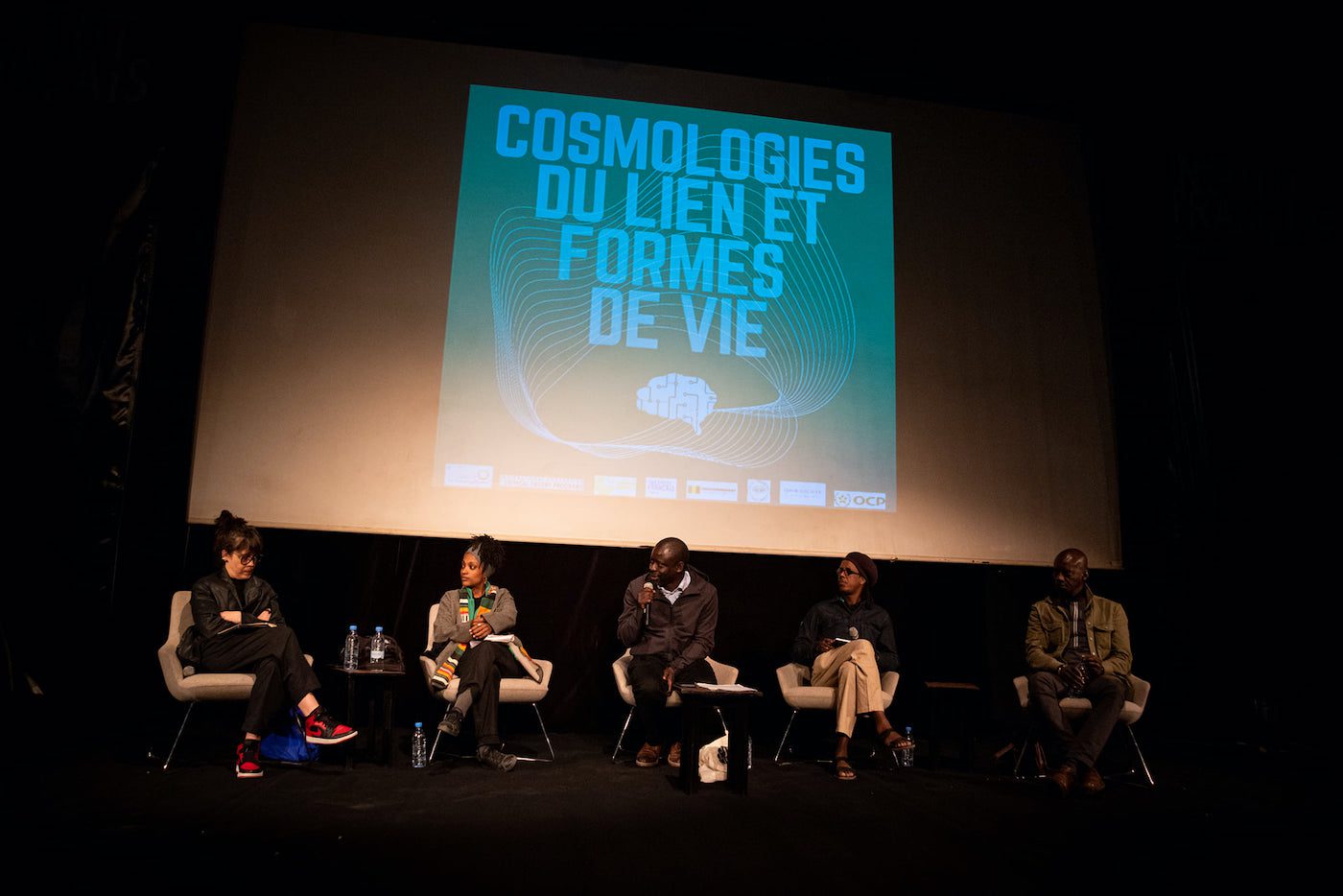 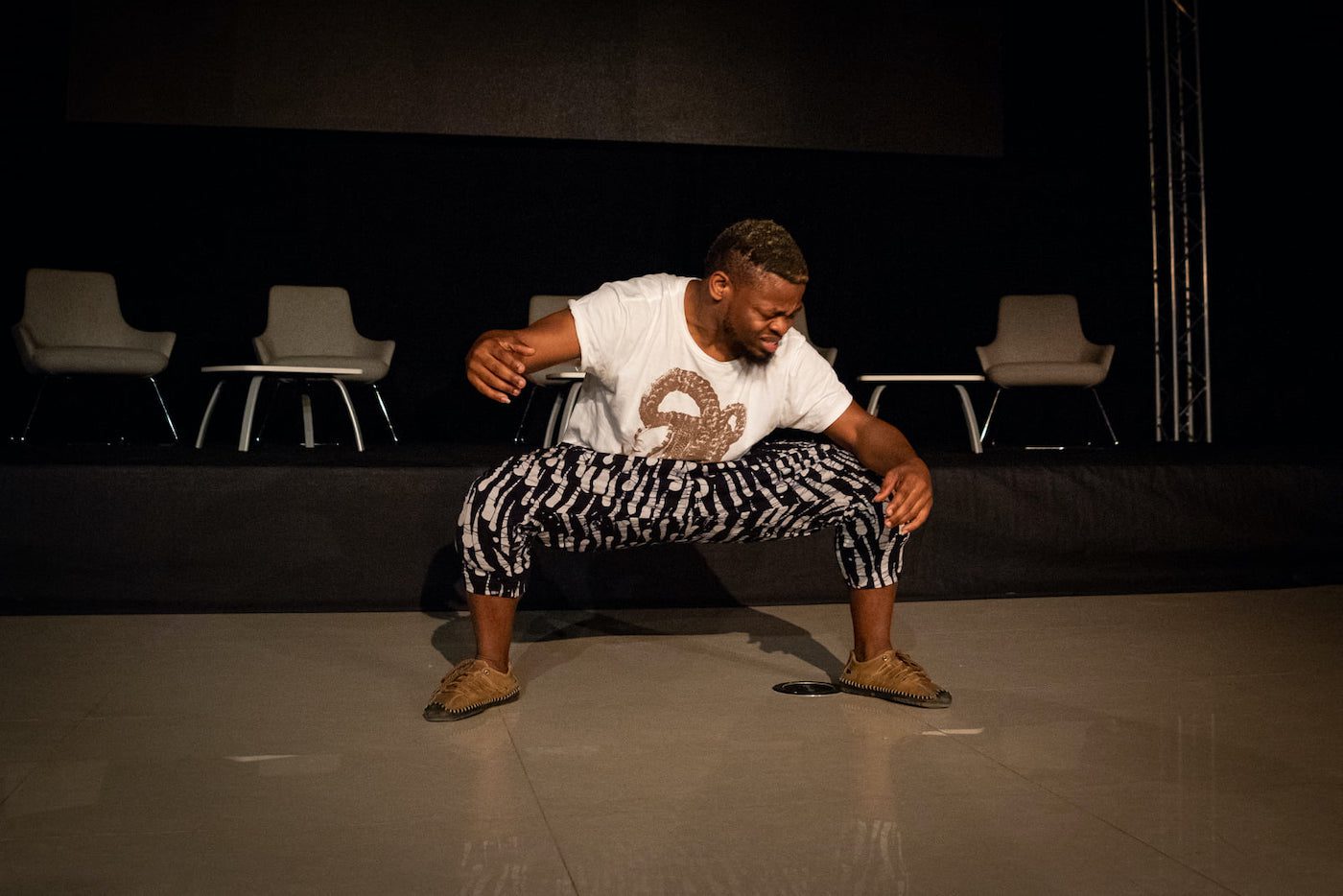 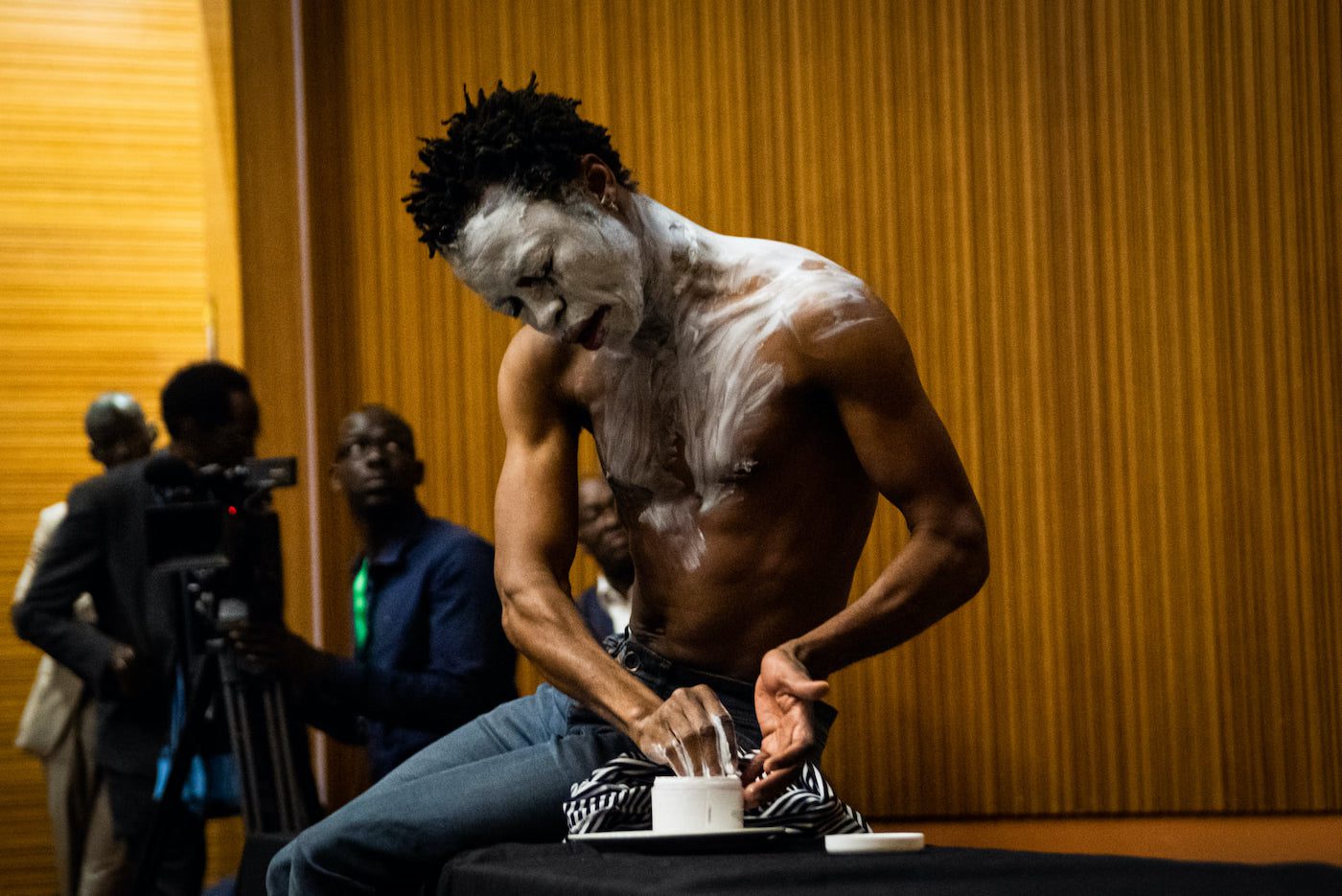 The fourth annual edition of Les ateliers de la Pensée, held at the Dakar Museum of Black Civilizations in March and titled “Bond cosmologies and forms of life,” was keen to treat curatorial practices as a fuel for weaving sensible and intellectual forms of knowledge. Cosmologies of life relate to the quality of our bonding capacities with every entity, and do not contain any boundaries.

Visual arts enable living beings to foster conversations with what might seem either unreachable or permanently incomplete. Artistic practices, including community rituals and celebrations, can therefore be fundamental to bonding and then nurturing our relationships with many forms of life, including those locked in silences.

The work of participant Natalia Brizuela, who uses cinema as a tool for celebration, brings out its sensitive power as an ongoing archive, as an invitation to listen, to touch, to hold, beyond watching. Little Kesho, a project gathering several artists from Kigali, premiered their eponymous musical performance at Dakar Cinema Empire. Their work proposed an embodiment of polyphony for an artistic field of research and as a way to actively rebond with those who became invisible due to social misconsiderations, among other expressions of brutality.

Through permanent echoes between the intellectual and the sensible, Les Ateliers de la Pensée expanded linguistic territories by operating a cognitive shift. Forging content from this shift, it framed an ecology of knowledge (an idea brought forwards by co-founder Felwine Sarr) that fosters ways of relating strengthened by non-anthropocentric narratives.

Navigating quilombolas, Zomia, and marronnage, Dénétem Touam Bona explores cosmopoetic territories, challenging the popular belief that anyone is an island with the fact that everyone is rooted in a weaving of bonds. Resonating with that vision of bonding and spaces of the communal, performer Faustin Linyekula (Kisangani, DRC) explained with words, visual arts, and performative proposals that every relationship is anactive and permanent negotiation. Linyekula presented the transdisciplinary performance My Body, My Archive, defining it as an attempt to remember his own name, to use artistic decisions to situate himself between personal and communal conceptions of time and space. As an experiment towards self-grounding within the circle, My Body, My Archive addressed the circulation between what seems to be symbolic, a name, and its embodiment in what seems to be material, a body.

My Body, My Archive was amplified by Africana academics. Black is the Journey, Africana the Name author Maboula Soumahoro asked how an “us” can truly exist if “I” is already struggling to exist? Visual artist Laeila Adjovi (Dakar, Senegal) completed Faustin Linyekula’s questions based on her research in Nigeria, Bénin, and Cuba related to the material and immaterial circulations of the water deity Yemaya/Yemoja/Yemanja alongside the Black Atlantic. Adjovi gave agency to the notion of fugitivity as an inner legacy, transmitted throughout times and spaces. For example, the inscription of the memory of the dead in names over generations is a way of accompanying beings of survival in their lifetime while remaining connected with allegedly dead entities.

These learnings from mangrove-based wisdom call for an essential erasure of all forms of binarity and rigidified categories such as the visible and the invisible, the living and the dead. As described by Sylvia Wynter back in 1971 (“Novel and History, Plot and Plantation,” Savacou 5), plot-based cosmologies ground their practices and existences in vivid conversations shaped in multiple forms. These are embedded in a spatiotemporal wavelength that connects a dense mixture of musicality, corporality, and orality, preserved and set in motion by the memory of the oceans.

In this vision, close to Black Quantum Futurist research, beings are essentially spiritual, with successive temporary incarnations. On that matter, Laeila Adjovi’s proposals echo narrative shifts in relation to the standards and protocols of time, presenting epistemic Blackness (as explored by Olivia Rutazibwa and Fred Moten) in a gesture that undoes the plantation’s insistence on a narrow temporal present, shifting instead towards a regime of temporal agency and spatial autonomy. (These ideas are likewise being explored at the Prime Meridian Unconference, curated by Rasheedah Philipps at New York’s Vera List Center, from 14–17 April 2022.)

Nurturing our conversations with every form of life would enable us to move beyond simply looking at reality to actually experience it fully, to grasp it in a practice of active and sensory contemplation.

A high density spectrum of practices valorizing non–eurocentric knowledges on time, space, and relationships are streaming Isabelle N’diaye inspirations. Tiding links throughout Africa, the Caribbean and Europe, Isabelle understands herself as a form of cultural hyphen. For a couple of years now, her artistic and organizing path centers the narratives of misfits and misheard communities as fuel towards transformative justice. www.1312.space.