Painter, printmaker, and weaver Emma Amos has passed away at 83 after a long struggle with Alzheimer’s disease.

Pioneering African- American feminist artist, educator, and activist Emma Amos died in Bedford, NH on May 20, 2020 of natural causes, after a long battle with Alzheimer’s Disease. Her Gallery Ryan Lee said, that “she will be remembered as a dynamic painter and masterful colorist whose commitment to interrogating the art-historical status quo yielded a body of vibrant, sumptuous and intellectually rigorous work.”

Emma Amos was born in 1937 and grew up in Atlanta, Georgia, where her parents owned a drugstore. She began painting and drawing when she was six. At age sixteen, after attending segregated public schools in Atlanta, she entered the five-year program at Antioch University in Yellow Springs, Ohio. She spent her fourth year abroad at the London Central School of Art, studying printmaking, painting, and weaving. After receiving a BA from Antioch, she returned to the Central School to earn a diploma in etching in 1959. 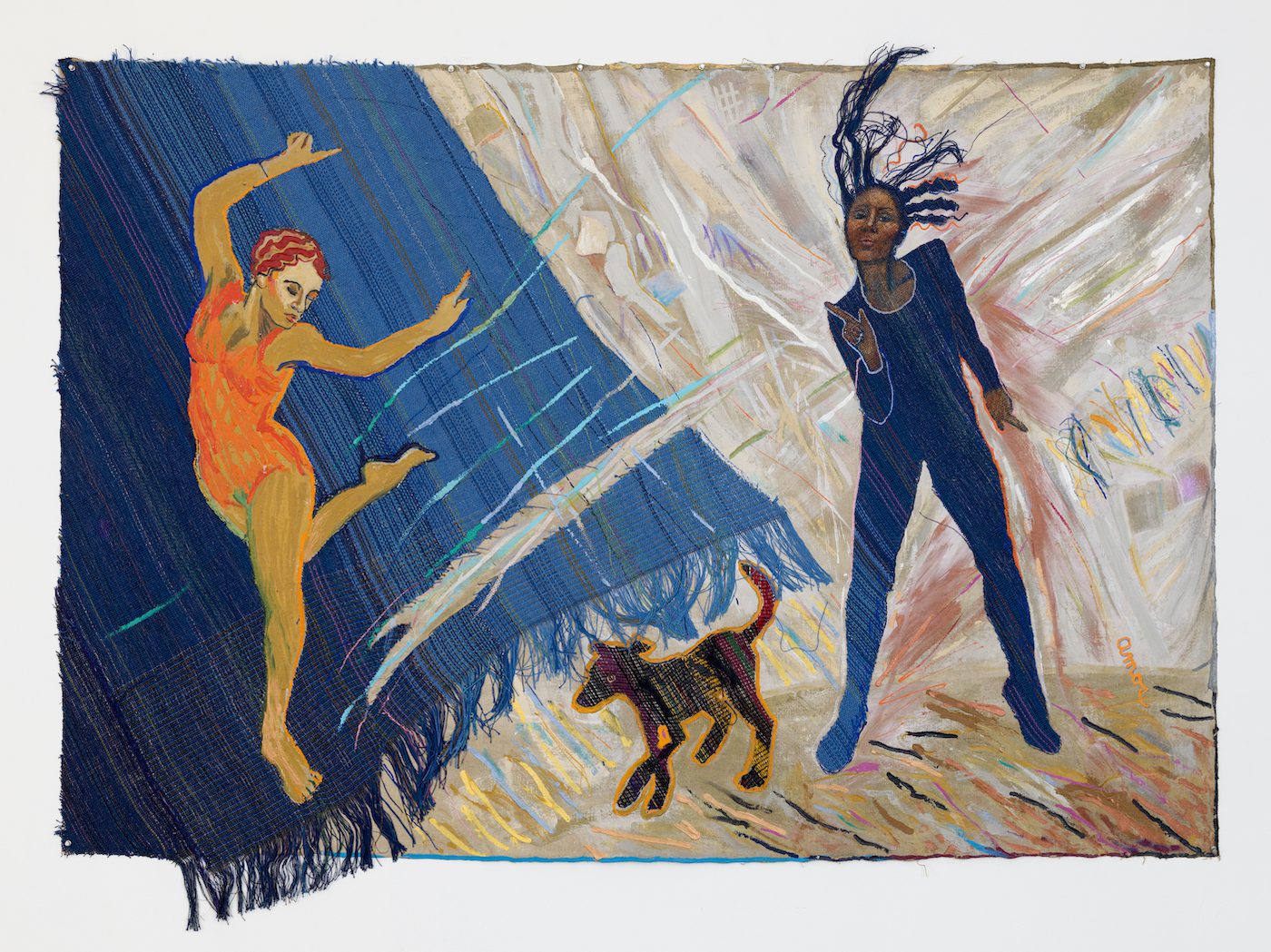 Amos’s first solo exhibition took place in 1960 at Atlanta’s Alexander Gallery. Later that year she moved to New York City where she faced tremendous obstacles but nevertheless maintained her own studio practice, producing primarily paintings and prints, and becoming increasingly attuned to the civil rights and women’s liberation movements as they developed around her. Known for pushing technical and thematic boundaries, Amos unabashedly made art that reflected the experiences of black women, even when such art elicited little or no response from her male peers and critics.

Since 1964 she was part of a black artists collective called Spiral. Inspired by the 1963 March on Washington, the group of fifteen African American artists (including Charles Alston, Romare Bearden, and Norman Lewis, Hale Woodruff), had come together to discuss the position of black artists in American society, and how art might serve the liberation of consciousness. Once Spiral ceased activity, she became involved in various feminist collectives, including Heresies from 1982 to 1993 radical art troupe the Guerilla Girls-or. 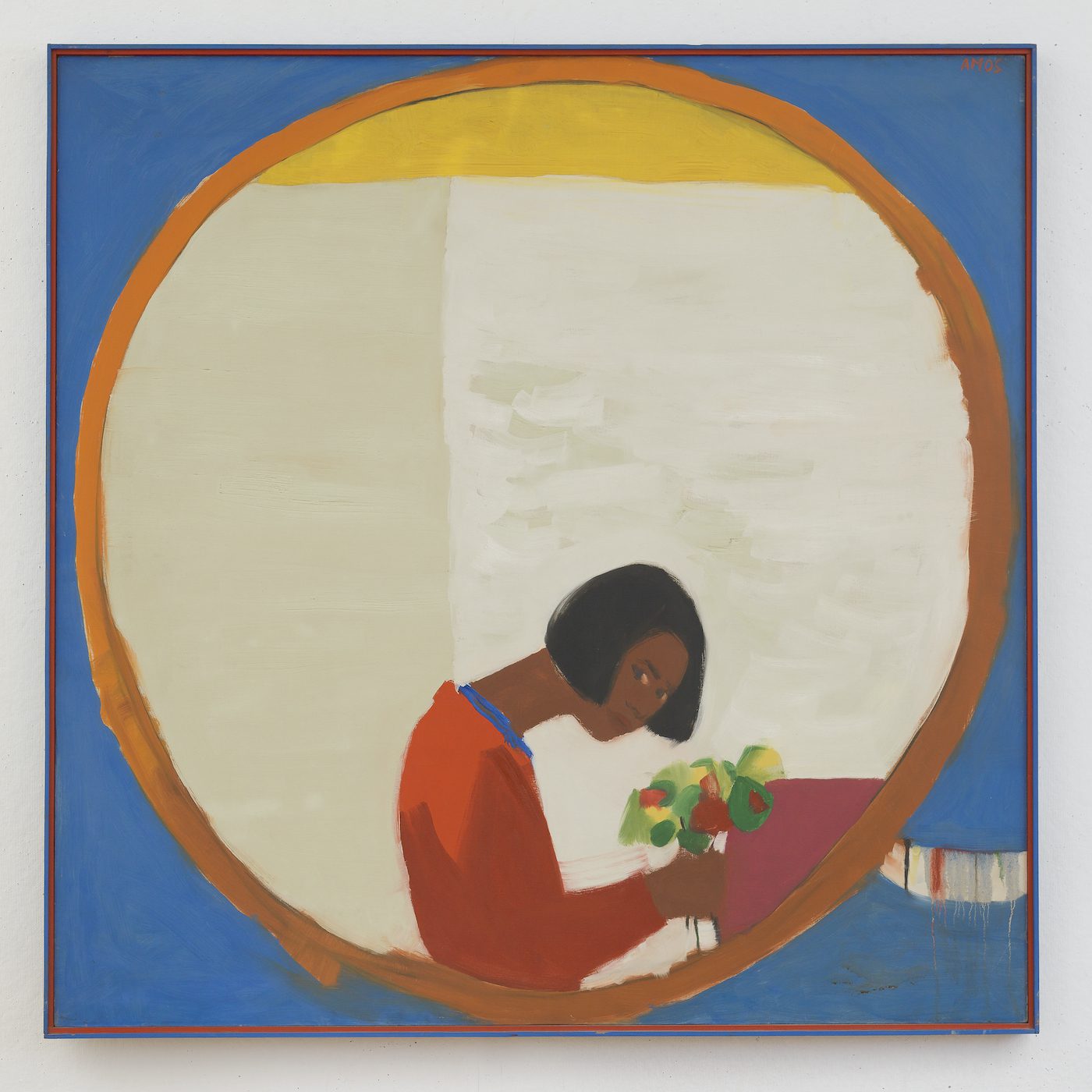 In a 1993 conversation with feminist theorist and cultural critic bell hooks, Amos explained, “One of the most important elements in my work is movement… I feel that the static work that I was doing in the sixties had no place once I learned about the women’s movement, once I learned about how I was being considered as a black artist. And so when I make a painting, I am trying to use both the expressiveness of the paint flow and the movement of whatever it is I’m using, so that everything is in flux.”

Amos was married to Robert Amos Levine until he passed away in late 2005. She leaves behind their son Nicholas and daughter India. Our thoughts are with her family and friends.

The £25,000 prize honours Ryan's "personal and poetic way she extends the language of…

For the Casablanca Biennale, the artist explores feminist propositions as a tool for achieving…