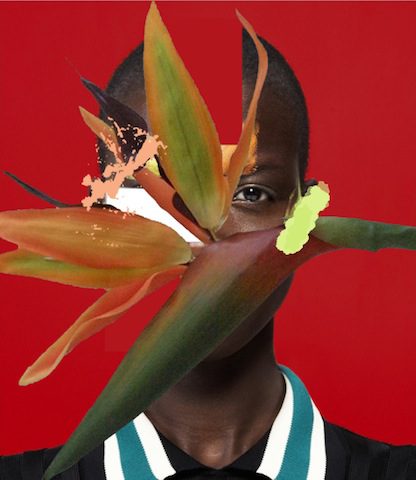 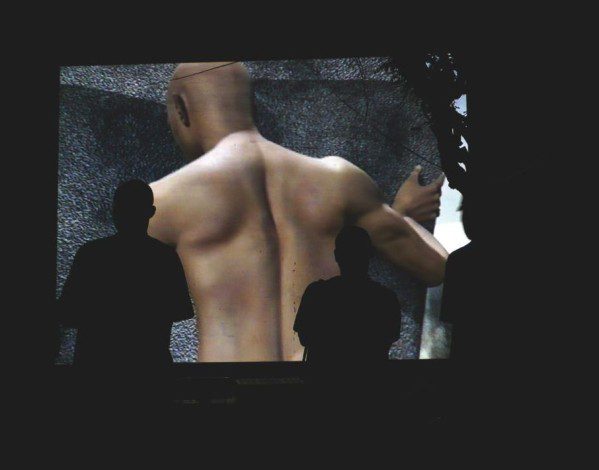 About art and technology

Nkiruka Oparah, love, unrequited: a strange paradise and paranoid ideation of the mind for the fulfillment of self pleasures, 2014, study n°082914. ©

At the switch of a tab, we navigate our gazes from global uprising to pornography, online retail, and Facebook. Endless flows of information, images, and data assemble momentarily as narrative, then, just as quickly, are disassembled as snippets – small and discrete enough to be sent, viral, across multiple networks. In this digital domain, value no longer comes from scarcity, but from ubiquity; quantity trumps all. For those of us now living fully connected, networked lives, images no longer signify what they are, the artist James Bridle recently argued, but indicate “how they came to be and what they have or will become: the processes of capture, storage, and distribution; the actions of filters, codecs, algorithms, processes, databases, and transfer protocols; the weight of data centers, servers, satellites, cables, routers, switches, modems, infrastructures physical and virtual…”

Artists have been responding to this vast and migratory domain. In Europe and the US, ever-changing terms in art criticism reflect how quickly artistic approaches are moving, away from now inaccurate (or passé) notions of “net art” or “new media” to “post-Internet.” However, despite mutating vocabularies and efforts to keep up to date, much recent writing and criticism has fallen, often by simple omission, into the trap of thinking that these trends are truly global, that these “clouds” in fact have no territory. But this glosses over vast swathes of the world where access to computers is still scant or where unique, distinct, and embedded forms of digital engagement are emerging and demanding their own critique and attention.

On the African continent, our voracious appetite for the virtual is distilled into material, lived realities. Conflict minerals, which are used in many of our devices, shape the political and social forces acting upon millions of people in Congo, while others live and make their living amidst vast e-waste dumps. Digital technologies of all kinds have been reshaping urban societies and the way citizens are interacting and sharing. But what about artists?

Below are a few examples of exciting, promising organizations and platforms championing digital art and technologies.

On a quiet dusty street beside the Stade Demba Diop sits Kër Thiossane. Often populated by people working on their laptops in the leafy courtyard, this “villa for art and multimedia” is embedded in and responsive to its local community, offering a variety of workshops, residencies, commissions, and exhibitions. Established in 2002 in response to the growing number of internet cafés but the dearth of digital courses at the school of art, co-founders Marion Louisgrand Sylla and François Sylla established Kër to turn local residents into more than just digital consumers. As François Sylla says, the space “links the development of artistic digital practices to other domains of society; education and training, creative industries, citizenship, ecology, and town development.” But their activities are also about building relationships with others further afield: in 2010, Kër launched the Rose des Vents digital network, linking organizations in Mali, South Africa, and the Caribbean through digital cooperation and the sharing of technical and cultural knowledge.

The space also hosts artists’ residencies, many of which use digital technologies and techniques, collaborating with local participants. In 2014, Fernando Arias (Colombia) exhibited his languorous film about distant geographies, ecological interdependence, and resistance. In 2013, sound artist Anna Raimondo (Italy), who works with sound, performance, and radio, collaborated with the Radio Manoré (Voices of Women) FM station to broadcast her work in Dakar. And during Marcus Neustetter and Stephen Hobbs’s Trinity Session in 2010, moving images were beamed onto a disused building behind the old Cinema El Mansour, turning the abandoned, empty structure into a light-filled, sensory, and acoustic public installation.

Many of Kër’s visiting artists also take part in AfroPixel, a festival of digital arts that in 2014 was themed around “gardens of resistance,” timed to coincide with the Dak’Art Biennale. This year, the festival presented projects with Mansour Ciss (Senegal/Germany) on alternative currencies; a collaboration with Open Taqafa and artist Abdellah M. Hassak from Morocco raising awareness of non-restrictive alternative copyrights, remixing, and downloading; urban mapping with OpenStreetMap; and debates and lectures on seed rights, licensing, and free culture.

In her 1992 review of the inaugural Dak’Art Biennale in Senegal, the curator Clémentine Deliss wrote of the challenges facing contemporary artists and organizations working in Africa: “How to bring the creative curve back to Africa and install in the work, in all its heterogeneity, a significance akin to the earlier status of ‘traditional’ art, but clearly for the present and without the habitual projection of nostalgia, is a text woven into the material of contemporary African art.” This tension between contemporary art practice and more traditional modes, both treated with the same seriousness and cultural value, is something the African Fabbers project, across events in Marrakech and Dakar, has taken seriously.

With an emphasis on collectivity, the African Fabbers “activate a… process that enables a reconsideration of the relationship between new technology and traditional culture through laboratory practice.” Open-source hardware, innovative and responsive technology, and sustainable methods work alongside traditional, artisanal techniques. At the Marrakech Biennial, the project focused on a two-part workshop open to local artists, artisans, and makers that taught self-construction using 3D printing in clay, open-source technology, and the making of home-made, low-cost 3D printers.

Bringing together artists, designers, engineers, and craftspeople, the African Fabbers project works at the intersection of technology and culture, developing participatory practices which employ digital and computational technologies in meaningful, sustainable, and embedded ways.

Working in a similar field, WoeLab in Lomé, Togo is also approaching a “democracy of technology” and “low high-tech.” Established by Sénamé Koffi Agbodjinou, it is Togo’s first fablab, committed to opening up technology to local youth by any means possible. The “Jerry” is their first home-made computer, from the word “Jerrycan,” because – as WoeLab member Edem Alomatsi told Global Voices Online – “it’s a computer we assembled from a can… mostly with recycled objects from computers, hard drives, used motherboards, and other things which have been used that people discard.” They have also created “The Wafat,” a 3D printer made entirely from electronic waste.

As the founder Agbodjinou said in a recent interview with Buni.TV: “The other thing that makes this unique is that it is one of the few times that the African continent isn’t behind in picking up on an emerging technology. We have access to this new technology almost at the same time as the West.”

It’s hard to miss Jepchumba on her mission to bring new audiences to African artists working digitally. Her website and network, African Digital Art, showcases an ever-growing pool of artists across the continent working in photography, graphic design, illustration, and filmmaking. Whether featuring GIFs of everyday life in Monrovia by François Beaurain; stunning digital collages by Nkiruka Oparah; Harandane Dicko’s mournful, beautiful images of mosquito nets; or digital artworks depicting contemporary migration, the website expands what we might mean by the term “digital art.”

Basia Lewandowska Cummings is a London based editor, writer and film curator.