In Conversation with Akinola Davies Jr.

“Colonialism in Britain is felt through the diasporas”

Entitled HOD, Akinola Davies Jr’s recent exhibition assembled a series of nonlinear films which explore Black historical memory, colonialism, and the politics of reclamation. Alienated energies are the protagonists, and these films become metaphors for displaced African artifacts in the present day. With C&’s Daniella Brito, the London-based moving-image artist discusses metaphysics, community building, and collaborative practice in relation to the African diaspora in Britain.

Contemporary And: HOD takes one of many unresolved, destructive legacies of colonialism as a starting point. Can you discuss the relationship between the past, present, and future in your film? What is your personal relationship to these legacies?

Akinola Davies Jr.: The legacy of colonialism in Britain is felt through the diasporas – the thing that ties us is our land of origin being subordinate to British colonialism, and once we are here we are all supportive of each other, we all participate in what each other does, we all try and facilitate spaces for each other to flourish. Therein lies the understanding that we need to build spaces of sustainability and we have to build those models for us, for ourselves. The idea of national or global liberation is actually quite problematic. We are all in our own smaller ecosystems. Take care of your own community, work on that – work on the here and now, helping others in the process. 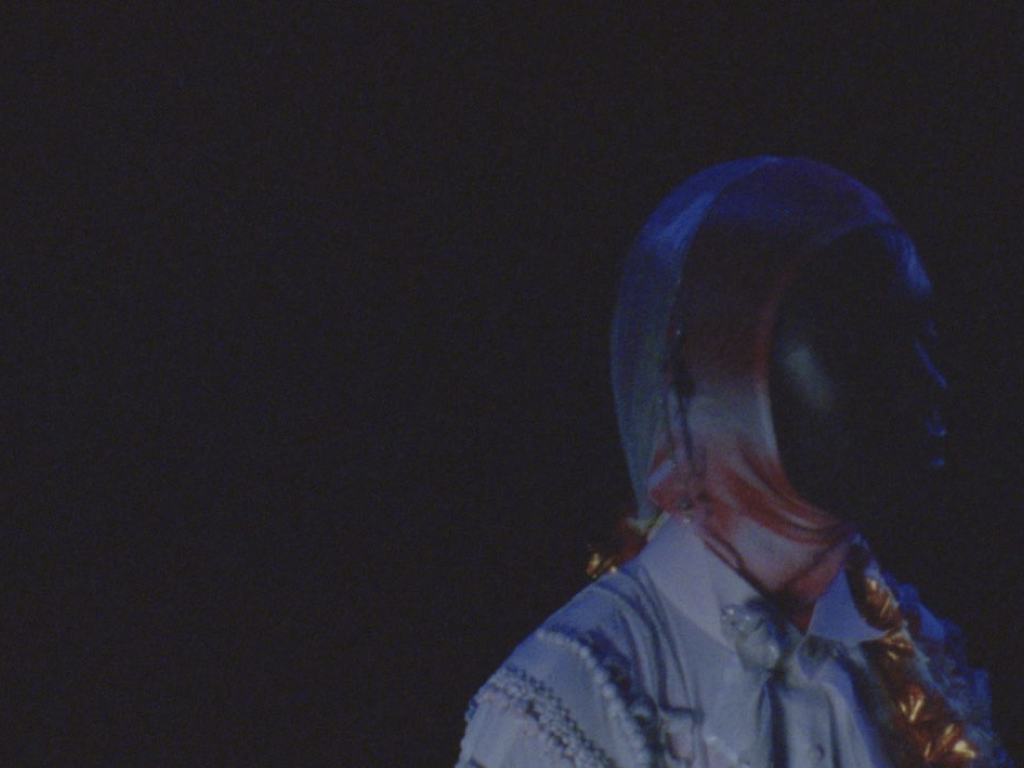 C&: The bodies in your films are described as “radically alienated energies.” Could you speak to the theme of displacement in relation to the landscapes you have set your figures in?

AD: I was thinking about metaphysics – the locations for me were about trying to identify nature reclaiming itself. The energies, the objects, are displaced from the way they had looked and the way they had interacted in these environments – some of these objects, while wholesomely structured around institutions, don’t find themselves within institutions, some of them are now within people’s houses. It does not matter where they are, or how they are displayed, be it in a box or other space, beyond the institution, it is a metaphor for where these things are – because they are undocumented, ultimately.

C&: Can you describe the intended viewing experience of your films? How is the spectator’s body meant to relate to the space?

AD: I think, maybe speaking again metaphysically, movement is a gift of the world – movement within that space is quite important. I did not want people to come in with any expectation for what it might be. I’m a feeler not a thinker, so I want people to walk around that room and feel different things, hear different things, see different things – maybe it triggers different emotions. If you are all forced to engage with it at the same level, that is of no interest – because it is didactic. I did not want people to view the work in a didactic way, which is why I carved the films up in a nonlinear way. The practice of screening the film will always be nonlinear – its display will always be nonlinear. 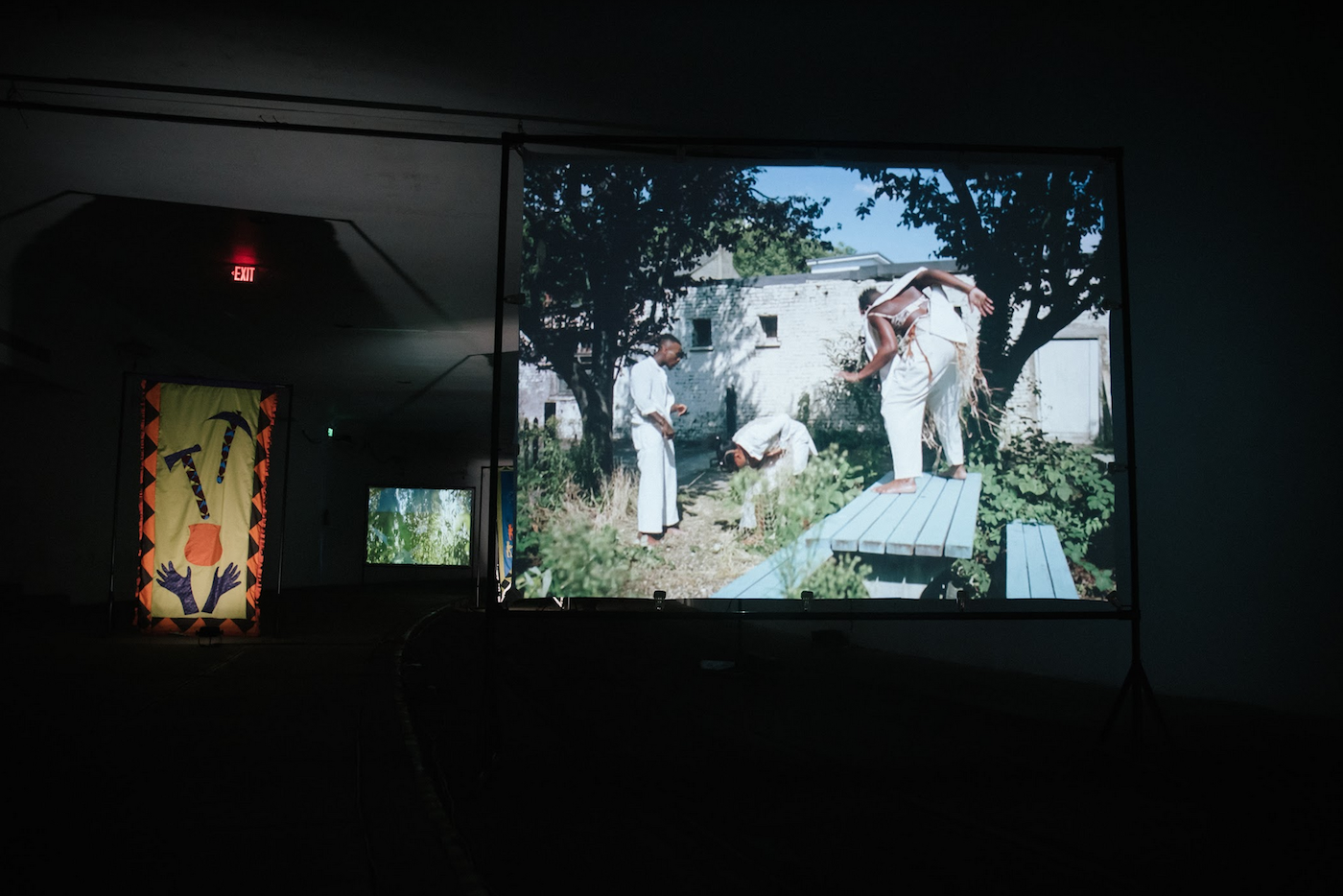 C&: What were the collaborative processes behind developing HOD?

AD: The sound, costumes, flags, and dancers were all part of the collaborative process. I set the framework, the idea, but I am not putting any limitations on their creative freedom – ultimately freedom and respect for people’s practices and processes, that’s how I go about collaborating. It is really important for me to create community in the creative process. I like people who are trying to push ideas of identity – either Blackness or Africaness – across the diaspora. We are trying to push form.

Akinola Davies Jr. is a video artist, curator, and music consultant. Through his work, he explores themes of race, identity, gender, and inclusion within his work, telling the stories that bridge the gap between traditional and millennial communities. His films centre around the foundation of community and inclusivity, establishing a necessity for clear intent in concepts whilst experimenting with form. The preparation and meticulous planning for his film production assume a central role and are critical to his image manufacturing. He draws on aspects of collective, individual memory as well as the lived experience.