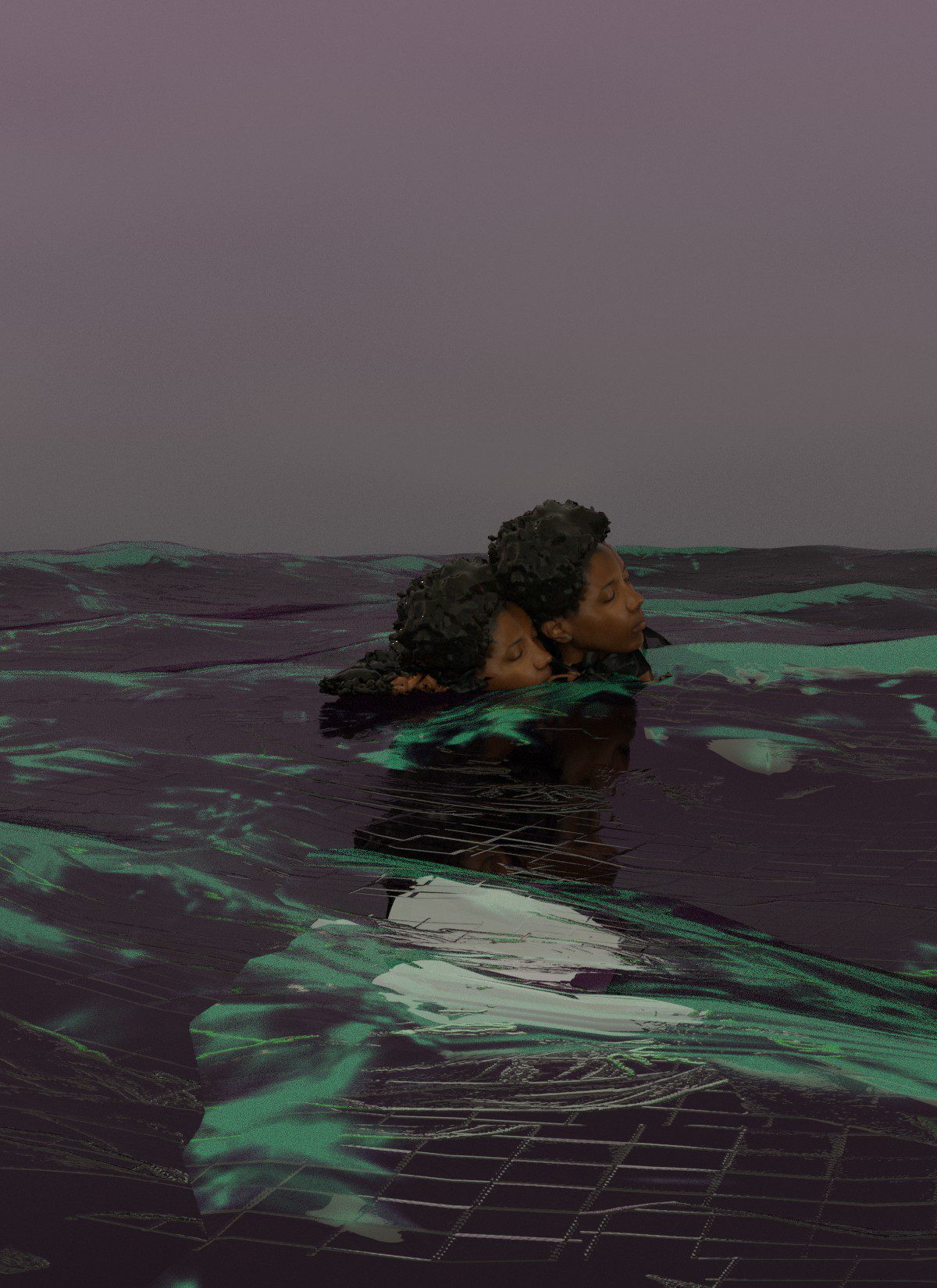 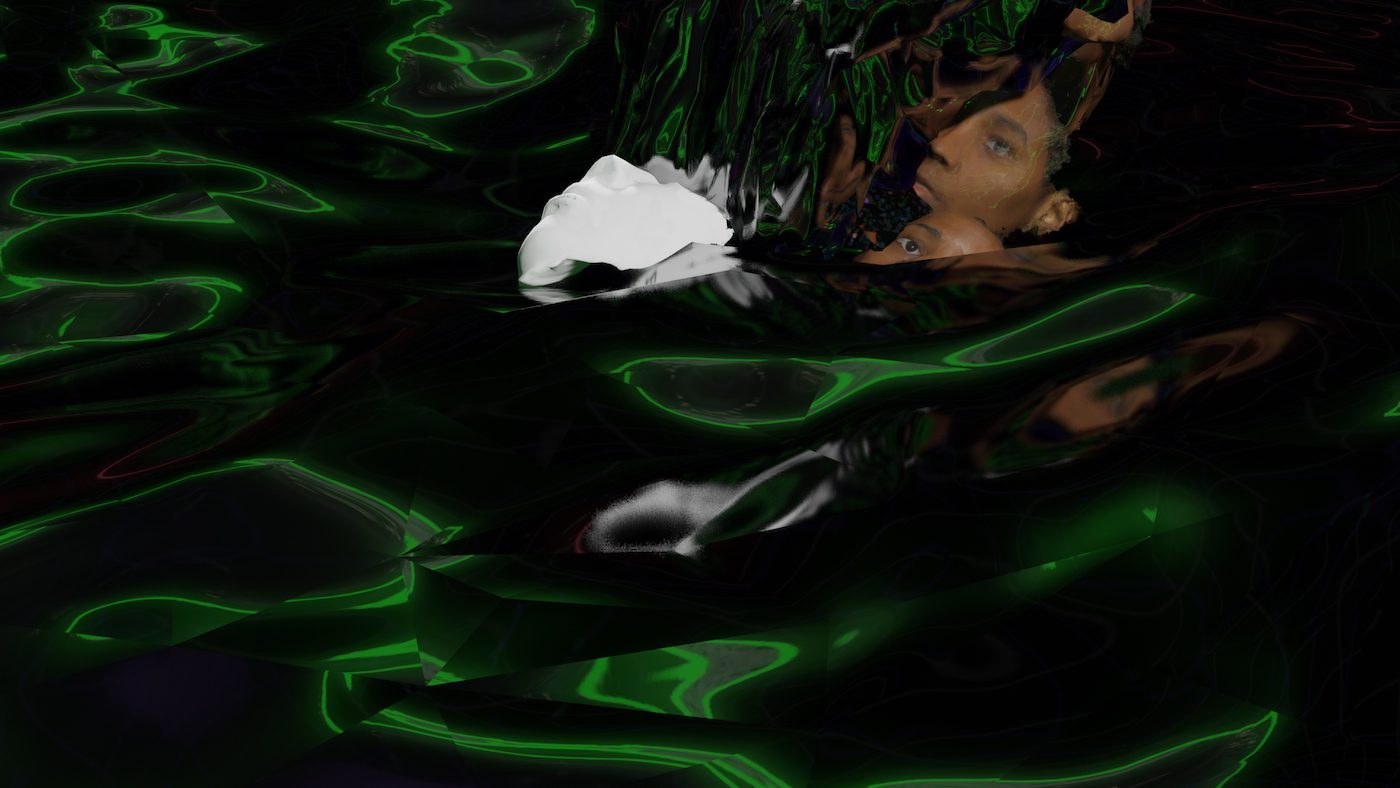 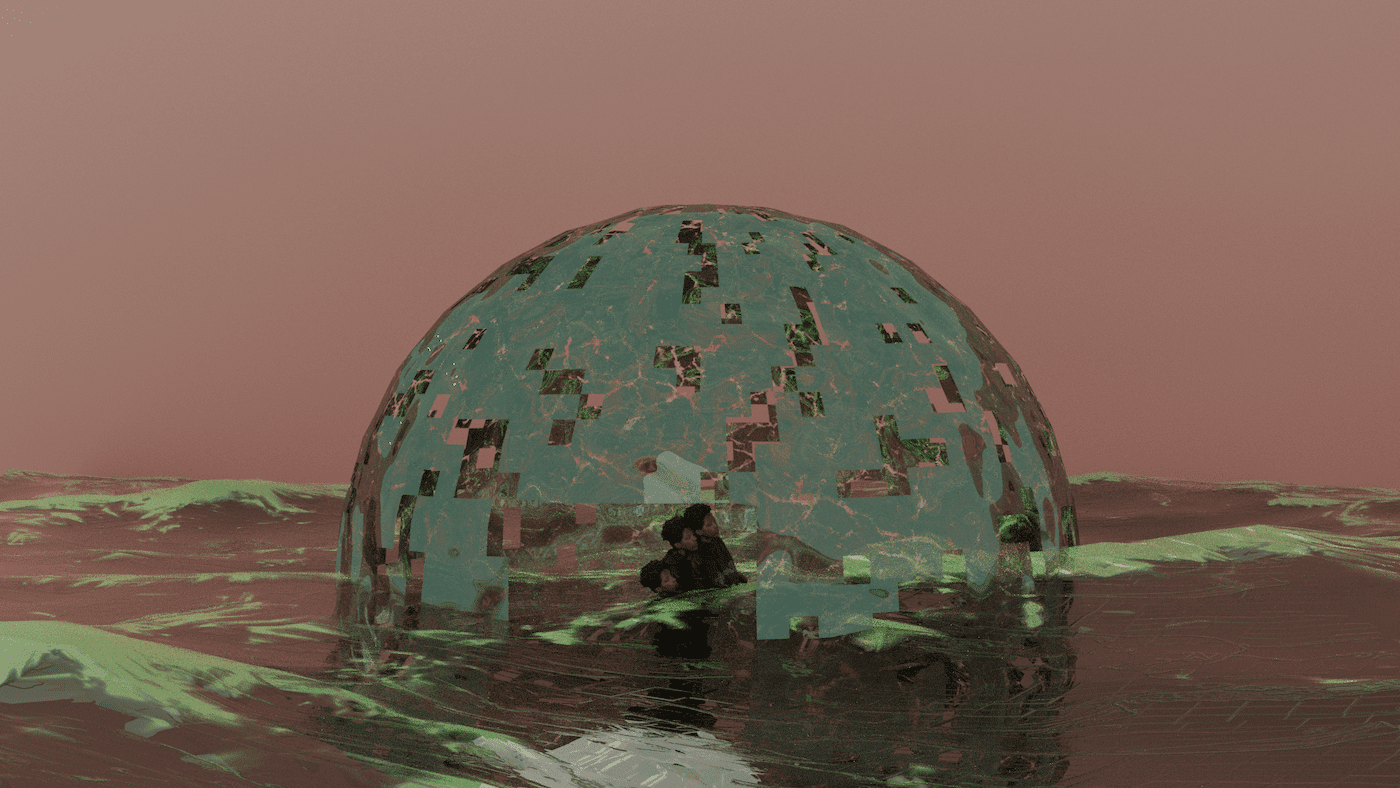 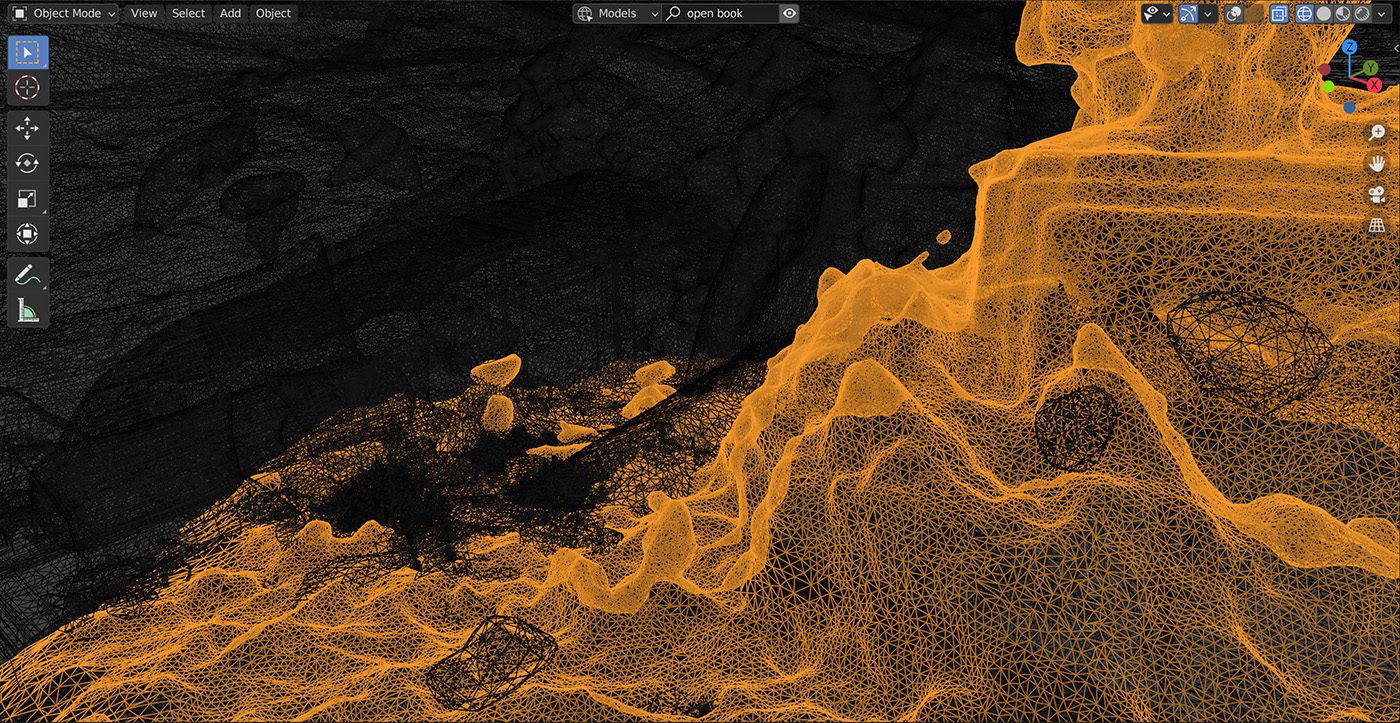 Making of holding death close, enorê. Courtesy of the artist.
4/4
4/4

enorê, whose work challenges the idea of fluidity by connecting digital and non-digital art, speaks to C& about visible and invisible realities.

Videostill, enorê. Courtesy of the artist.

Contemporary And: Seeing that you work with technology, what interests you about digital media?

enorê: I’ve been interested in digital technology and computers since I was a child in the mid-1990s. Back then personal computers were starting to become more widely available and my uncle worked in an office that had them, so he would sometimes let me play on them. I think I was immediately drawn to computers because of their strong visual language: I didn’t need to know how to read the words on the screen, but with a few clicks on icons I could access Minesweeper or MS Paint. And as digital technology had its own language, I grew up familiar with it. When I later began my art practice and decided to bring digital elements into it, I reconnected with all the aspects that I liked so much. I’m interested in how the language of digital media exists in a myriad of ways that translate through different realms. A file can be code, electricity, or output as a physical object, such as 2D or 3D print. And on the other hand non-digital objects can be translated into digital media.

C&: How do you think the use of technology shapes constructions of identity?

e: I don’t think technology is an intrinsic factor to this. The construction of identity is a layered process, not rooted in the individual but in a set of relations between individuals and communities. Technology can and has been facilitating this in certain aspects. It can make it easier for people from marginalized identities to find community with each other online, when doing so physically might not be possible or even safe.

Making of holding death close, enorê. Courtesy of the artist.

C&: What do you think about inherent bias built into digital technologies as they are man-made, and how their use might reinforce the same biases?

e: When it comes to, for example, algorithms built into social media platforms or machine learning, these biases often manifest in ways that tend to affect people from marginalized identities the most. Such algorithms are not neutral since, as you mentioned, they are made by biased people, drawing from biased datasets and platforms. As an example, Instagram is known to reduce the reach of and block content it deems “inappropriate,” and although its evaluation of content is done algorithmically it frequently affects activist posts it understands as offensive, which is sometimes due to ambiguous keywords built into its dataset. An interesting read into the links between machine learning, computer vision, and racialization is Ramon Amaro’s text “As If”, available on e-flux.

C&: You work with mapping and 3D scanning, with images and text. Are there any inherent limitations in your exploration of subjectivity, especially when it comes to invisible things like emotions, beliefs, and so on?

e: I don’t really think there is a clear separation in categories between the visible and the invisible when it comes to human emotions or data. I don’t think emotions or thoughts are any more (in)visible than data – all of these are essentially information. They just end up being processed through different systems, human or digital. They can thus become visible through these processes, such as how emotions can be shown on facial expressions or be put into words or writing, or digital data can be decoded on a screen.

Unfolding, enorê, 2020. Courtesy of the artist

C&: What role does the body play in space, and how does technology change the perceptions of it?

e: We need to first ask what body and whose body – as the body is variable in space. Space in itself is a vague definition as it needs someone’s body to activate it and give it context. How is space built from the way people relate to each other? There is not one single answer to this question, as factors such as race, disability, gender, and so on come into play when shaping human relations. Digital technology does not necessarily create an alternative to physical space, and many of the same relations present in physical space end up reproduced in digital ones, good or bad. It is, however, an added layer through which to process those relationships and interactions.

C&: For C&AL you have created a work that explores the themes of grief and death through the lens of digital media. Could you take us into it?

e: The work was inspired by my need to understand the process of grieving as it related to my experiences. I grew up with death very present around me, having lost both my parents at a young age and then eventually my grandparents, who raised me. Earlier this year I realized I had never given myself proper space, or even permission, to openly grieve, while at the same time wondering if I had not simply been in a long-term state of grieving without knowing. I started thinking of ways this process could take shape, thinking about my lost family members and family history, how I could regain this lost part of myself (or finally accept its loss). I might not be able to do this easily due to my family having no written records, which is unfortunately very common for Black families in Brazil. But what if I could construct a world through which this quest could be pursued? A world where history is not linear or definite? These questions led me to develop this work using visual novels, a genre of video games, as an inspiration.

enorê is a multimedia Brazilian artist currently based in London.