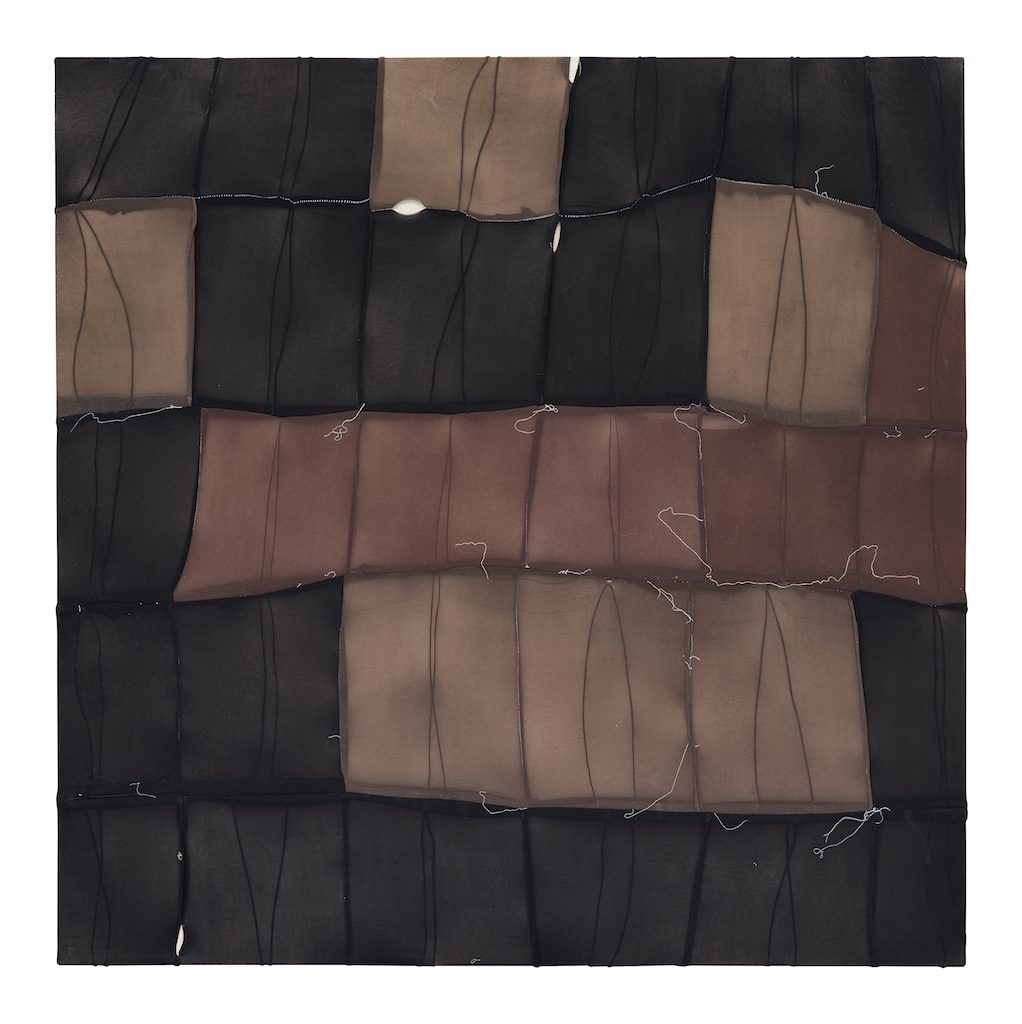 Turiya Magadlela, I never made Swan Lake 1 (2015). Nylon- and cotton pantyhose, thread and sealant on canvas. Courtesy of the artist and blank projects
1/3
1/3 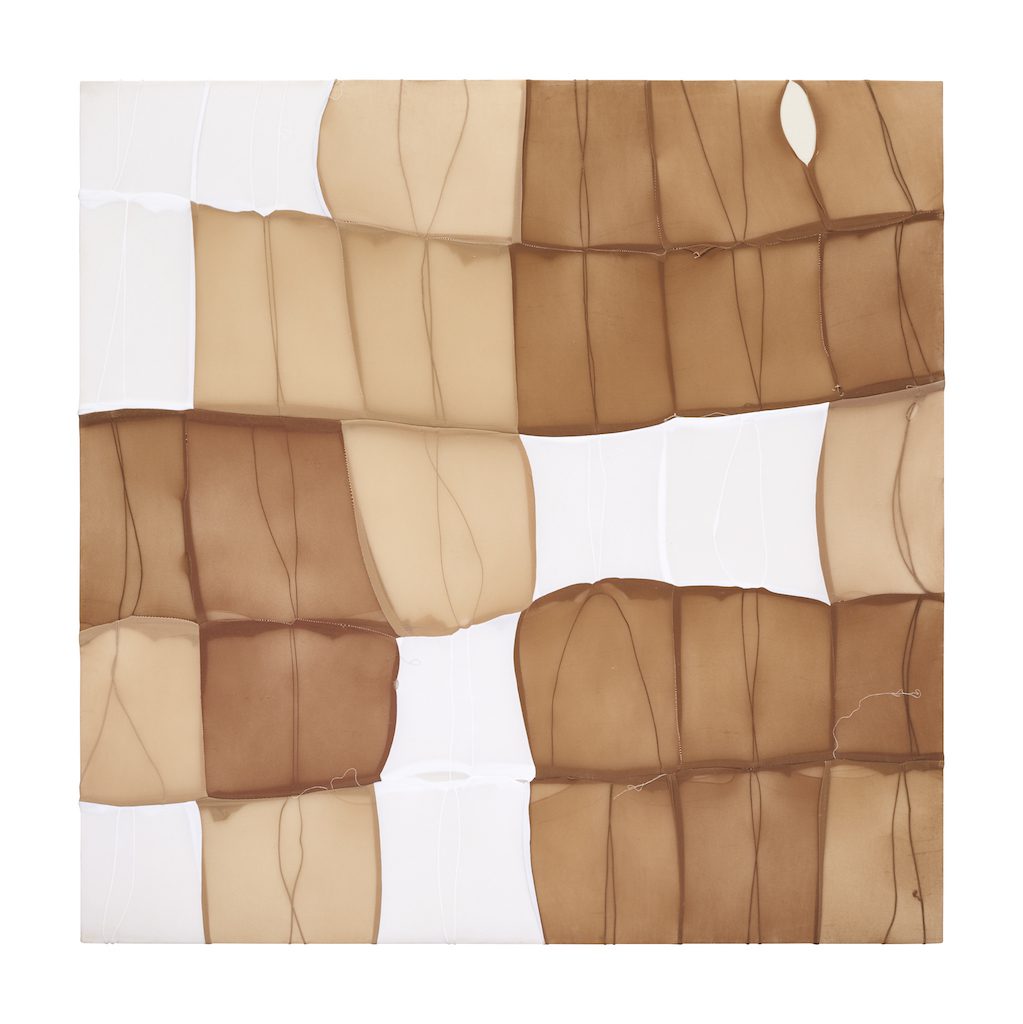 Turiya Magadlela, I never made Swan Lake 5 (2015). Nylon- and cotton pantyhose, thread and sealant on canvas. Courtesy of the artist and blank projects
2/3
2/3

Turiya Magadlela, Untitled 8, 10 and 7 from the series Inequalities (2016) Nylon- and cotton pantyhose, thread and sealant on canvas. Courtesy of the artist and blank projects
3/3
3/3

In Conversation with Turiya Magadlela

Art should be beautiful

Turiya Magadlela, I never made Swan Lake 3 (2015) Nylon- and cotton pantyhose, thread and sealant on canvas. Courtesy of the artist and blank projects

C&: Tell us a bit about your artistic background, how did it all start?

Turiya Magadlela: I grew up in the Eastern Cape in a rural township called Mdantsane. There were no desks in the schools and about 80 of us in a class, where corporal punishment was rife. Years later I was the only Black child in a coulored school in Soweto, which also wasn’t easy. But I guess, it was still inevitable for me to discover art. My parent’s home was a hub for writers, artist, musicians and runaway political convicts during South African Apartheid.

Turiya Magadlela, I never made Swan Lake 1 (2015). Nylon- and cotton pantyhose, thread and sealant on canvas. Courtesy of the artist and blank projects

C&: You work is politically loaded. In your ongoing series Kaffersheet  – since 2013 – you explore the theme of incarceration in South Africa. Can you describe how this came together? And what does Kaffersheet mean?

TM: I was only ever in a jail cell alone once. I was arrested for four hours in what I can personally call solitary confinement. I was very alone in this concrete room with toilet but no other people. One cannot escape such a room, the walls are high, the windows also. You have nothing, not even your shoes, or in my case a bra. There were no bars, just a solid steel door. No sun, no clouds, no trees just grey concrete. I heard no one, just a lone person swearing, and even she stopped at one point. Prison is a reality for everyone. It can dehumanize any individual. Kaffersheet is the traditional cloth of which Xhosa clothing is produced, as seen in colonial photographs. It still exists today. So my little prison experience and this system to control a people is what the series is all about – people being dehumanized in an effort to punish and control them.

Turiya Magadlela, I never made Swan Lake 5 (2015). Nylon- and cotton pantyhose, thread and sealant on canvas. Courtesy of the artist and blank projects

C&: In the series iMaid ka Lova, you use pantyhose and stockings that you transform into beautiful strong installation. What is the idea behind these pieces?

TM: Ulova is a new word for a tsotsie, a criminal, someone, who would call his women maids. They are usually exposed to loads of abuse. I wanted to look at these invisible women. I metaphorise them as thus, pantyhose crotches in various bright colours. The composition shows how they have been beaten or loved by life. Is she a ballet dancer with rotting toes? Is she a mother, a grandmother, a little girl with aspirations? A widow told to hide in black? Is she a man by day and woman by night? Is she a lone mother fantasizing about murdering her children? Is she an introverted goth also hiding in black, or a combination of all that?

My late dad once said: “Art should be beautiful.” I don’t know in what context he said it, but it’s the one thing I adhere to: Art definitely has to be beautiful – no matter how politically loaded.

C&: To which extent does the role of gender and womanhood pertain your approach?

TM: I’m a woman living in this society, that’s how I have been socialised. I have been doing gender specific things all my life. I have been to an all girls school. Games. Girlfriend. Ballet. Rape. Shoes. Play. Dresses. Lipstick. Mothering. Childbearing. It encompasses my being.

Turiya Magadlela, Untitled 8, 10 and 7 from the series Inequalities (2016)
Nylon- and cotton pantyhose, thread and sealant on canvas. Courtesy of the artist and blank projects

C& How would you describe your working process, and what are your influences?

TM: I have always aspired to be a voice of the voiceless, a voice for myself. I tried to do it in a lot of ways. Painting in oils, writing poetry, drawing. But my strongest way of expressing myself was making abstract compositions. My process simply involves telling stories.

C&: You are based in Soweto, which is not a typically artistic hub like Joburg. How does Soweto inform you personally and your practice?

TM: I’m not based in Soweto I live in it. A living that has stories. And those stories dictate my work. I was born here. I call this place home. Last week my neighbour murdered his wife in her sleep, with an axe that he made. He then hung himself by climbing on a bucket and tying a rope around his neck to the ceiling poles in his garage. This was just after a social braai I had at my house with them.

C&: What projects and ideas are you looking into these days?

TM: Well, as I said, my neighbour was murdered last week, which is something I still have to process. I may just go back to work with ideas I had in the past, that I am reflecting these days. All my other work is ongoing through Kaffersheet and Impilo ka lova. But I’m thinking about new things. Things that may sound trivial. New sheets in a pack. Shirts cast in plaster. Men moving their bodies to music. Spouses who kill wives and wives who allow themselves to be killed.