C& spoke to the two founders of a new institution dedicated to Black German culture and history.

Although the German Museum for Black Entertainment and Black Music does not yet have its own premises and its exhibitions are held in other institutions, its contents and concept are very clear. They form a critique of the museum as an institution, but also get to the bottom of what has been and is still classified as “German culture.”

Contemporary And (C&): Did you conduct the research for the DMSUBM partly to better understand your current working environment as a Black director and choreographer/performer in Germany? And why do you think this part of German history is still relatively unprocessed?

Anta Helena Recke: The research was something I had to do for myself. It also brought Joana and me together, because we had the same questions about the representations of Black artists in the German entertainment industry.

But I think it’s not quite true that it hasn’t been processed. I think there have always been attempts to approach this topic. I assume that it took so long to get to this point because it’s simply not easy to uncover certain things. If you type the appendix “Black” or “of Color” into a search engine in Germany, the findings are scarce. A bit like in Olivia Wenzel’s book [1000 Serpentinen Angst, 2020], it’s crossed out or greyed out under all search results. This corresponds with the fact that structural racism in Germany is not statistically recorded, which is why it is so difficult to deal with legally.

Joana Tischkau: I don’t think that this research was absolutely necessary for us as Black artists. I think it became necessary within the structures that we ended up working and creating in: the institutions, art education, my dance or theater studies. Eventually we decided to emulate the institutional structure that has taught us a certain canonical understanding of history. However, I was always interested in youth and pop culture as a source of identification, specifically for Black Germans. But of course, there are also Black people who dissociate themselves from Black pop culture. And their dissociation is in this sense also a reaction to it.

My theory is that Germany has a problem with its cultural identity. There are endless debates about what should be classified as German culture – what is it, who creates it, who represents it, and what is the German canon? Pop culture is not regarded as significant for the canon, but the material in the museum is what we have been looking at for years, if we have been looking at Black people in Germany. 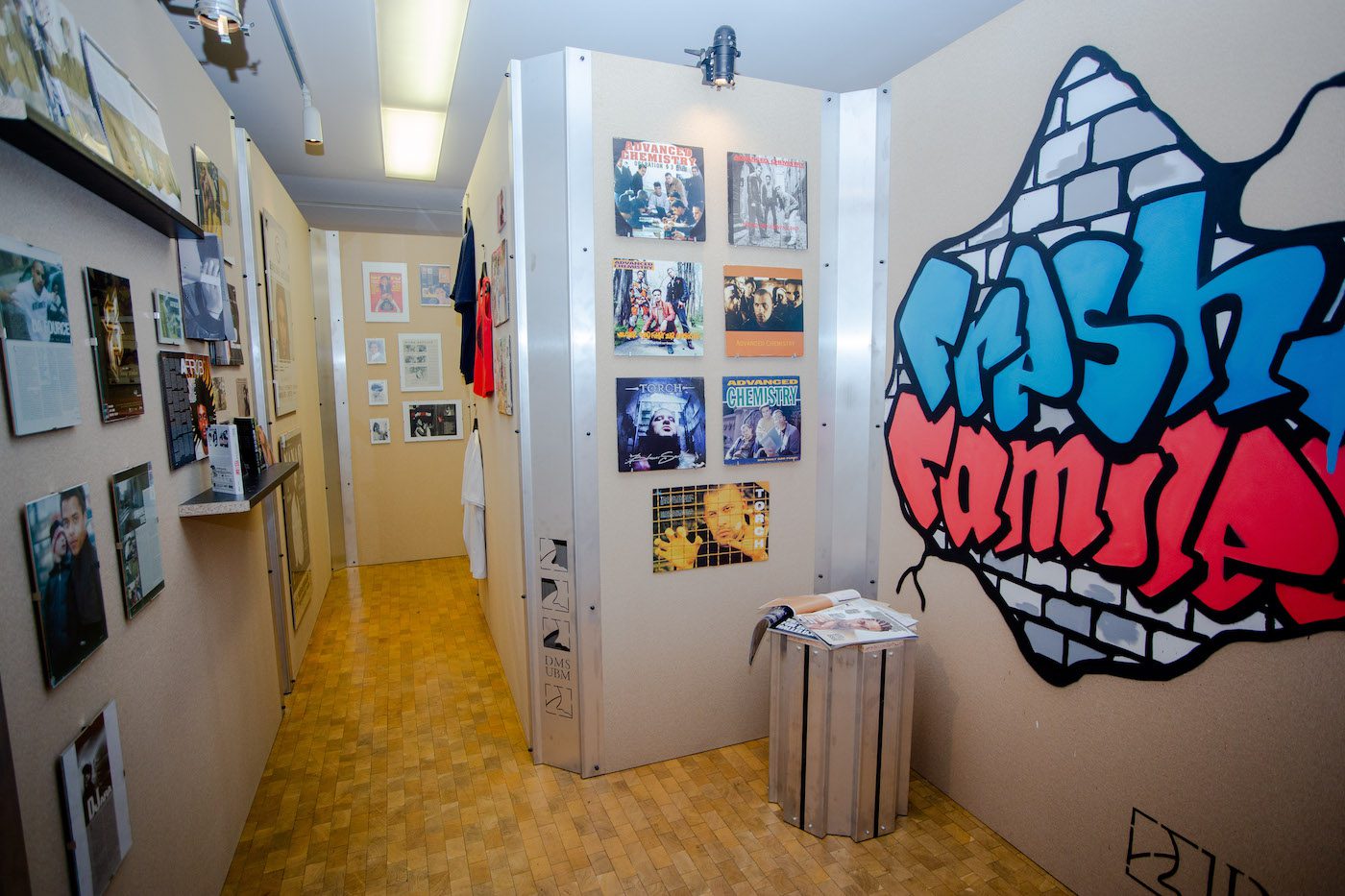 C&: The name of the museum includes the term “Black music,” which is a specific categorization. How do you experience the linguistic discussion of Black artists and entertainers in Germany today?

AHR: Black artists in Germany are not called “Black music.” Hip hop from other nations and maybe African musicians, but something that is German is not Black. The artists we have researched under the label “Schwarze Unterhaltung und Black Music” are not counted under this label because theirs were German productions. It was therefore appropriate for us to take this term.

Basically, the topic of language handling when it comes to Black people in Germany is just very difficult. In recent years something has happened, but in a very frustrating way. It is now addressed more frequently – racist terms, for example – but always under the heading of “freedom of speech.” Nothing about a personal responsibility to inform yourself about the basic factual context of a particular term and what you do when you use it, and then to decide whether you want to do that or not. That doesn’t take place. Even at kindergarten level, the debate completely avoids the actual topic.

JT: Often people would  critique us for using the term “Black music. As if they had to point out that we had made a mistake. It shows that people have not thoroughly looked into what our collection consists of, because otherwise they would have noticed the clash and understood the subversive gesture.  That is also exemplified by people saying: “Yes, Black Music! But why isn’t Aretha Franklin in your collection?” 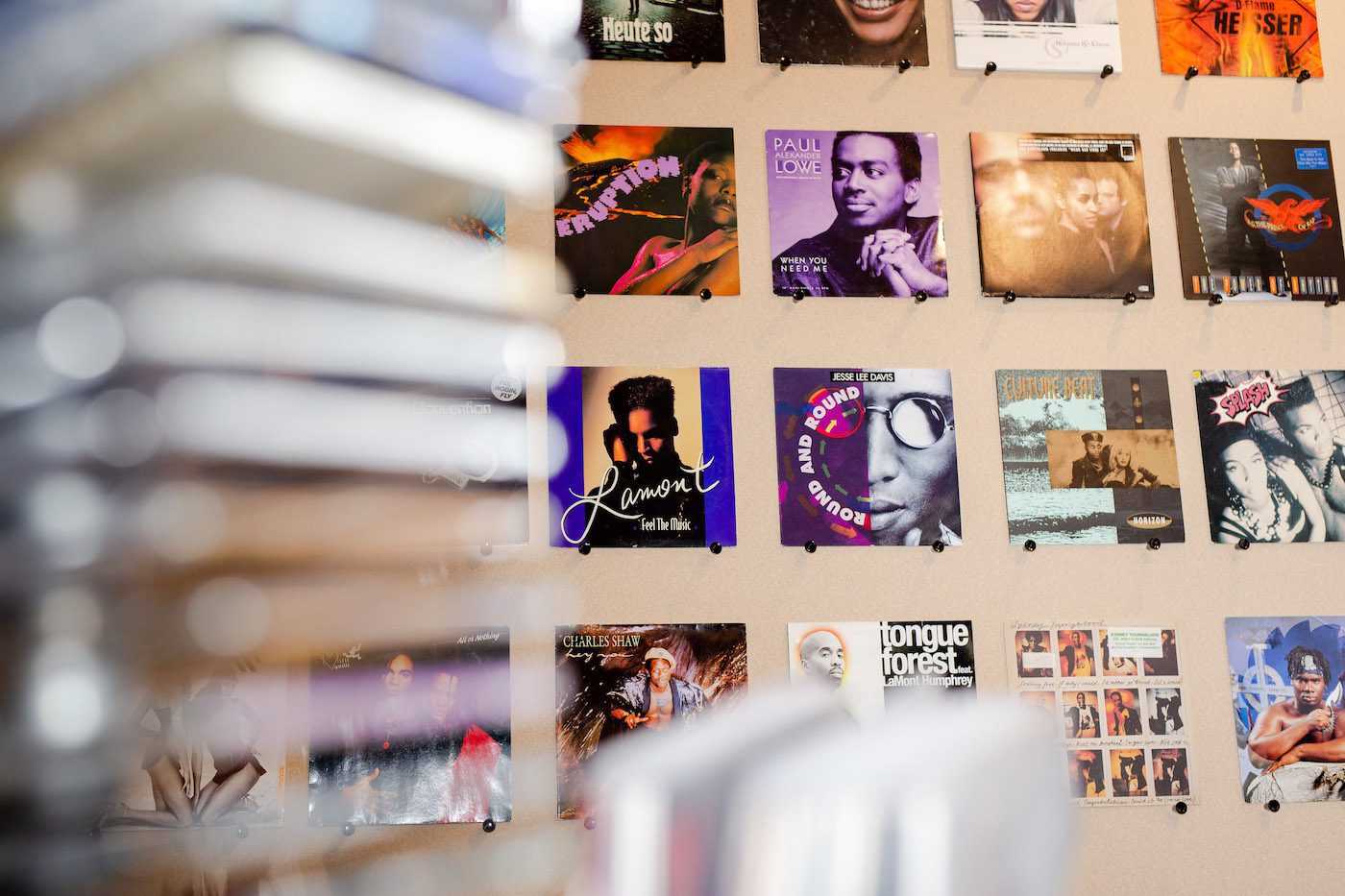 C&: The DMSUBM sees itself as an archive for Black German entertainment and music history. How do you contextualize the reappraisal of this archive in view of the current social interest in the Black Lives Matter movement?

JT: For both of us it’s important to say that, without distancing ourselves from the current movement, that the project was created completely independently. We both started dealing with these questions years ago. I think the movement has helped us in terms of media attention. I also find it interesting that now, parallel to the work we have started, a more general reappraisal is starting and gaining more visibility through social media than it would have ten years ago.

What hugely shocked and affected me is that this idea has been around in Germany for fifty or sixty years, this attempt of processing, of archiving. During our research we went through the EOTO archive, and you wouldn’t believe how much material has already been collected there. The idea of privately archiving is extremely fascinating to me – the fact that older German Black people have cut out every newspaper article referring to or representing Blackness, whether it was Barbara Becker, a Black boxer winning some boxing match in Buxtehude, or a fashion commercial featuring Black bodies. Everything has been cut out and neatly archived. I am fascinated by this awareness of media representation. As if people have worked for decades towards this moment, which now suddenly washes all this knowledge about Black culture to the surface. It’s like a volcanic eruption, and the media can’t keep up.

AHR: What we’re dealing with here is an examination of racism on a cultural level. Black Lives Matter is a movement that deals with laws and state power. It’s about police violence and about life and death, about the integrity of bodies, but of course this all belongs together – because the same structures cause both phenomena. Yet it is so difficult to deal with the media, which have thrown themselves at our project through Black Lives Matter. So on a certain level we reject this connection, being simply carried by the desire to force more precision and less ignorance. If you deface the Black body culturally, in your fantasy or in a TV production, then of course it also has something to do with how those bodies are being murdered in the street. Sometimes it is slightly frustrating to have these conversations with relatively uninformed counterparts.

JT: Yes, I think that’s a very important point, Anta. Since we’ve initiated this project it has often seemed that the media only wanted to talk to us because they perceived us as experts on racism, or as representatives of a group that has been dragged into the spotlight – often with no regards to the content of the project. All they wanted to know was whether we experience racism in Germany, even though that is not at all what it is about. I think our focus on addressing the institution of the museum and questioning our understanding of archiving and cultural heritage got a bit lost, as our project was being perceived as an activist cultural center. But there are so many more layers to it.

C&: Could you speak about a work that is very important to your collection, that indicates something crucial for what the museum is about?

JT: I don’t think that any one piece communicates the essence of the collection. I believe it is the whole thing, the vastness of it, the space. In one room in the museum we have recreated a teenager’s bedroom, for example. The walls are covered with posters, newspaper clippings, T-shirts, CDs, and all kinds of fan memorabilia from Black entertainers and popstars. When you’re in that room you can actually imagine an all-Black space, some kind of alternative universe for a Black teenager growing up in the 1990s and 2000s in Germany.

Anta Helena Recke is a director, dramaturge, concept artist and author of discursive and fictional texts. She studied Scenic Arts at the University of Hildesheim. She was named Young Artist of the Year 2018 by Theater heute. In 2019 she received the prize of the international theater institute and the residence program “Vila Sul” of the Goethe-Institut in Salvador de Bahia. In 2020 she won the Tabori Award from the Performing Arts Fund.

Joana Tischkau is a choreographer and performer. She received a Bachelor in Dance and Acting at Coventry University in Great Britain and a Master in Choreography and Performance at the Institute for Applied Theater Studies in Gießen. Her artistic practice is a hybrid jumble, which lets the writings of bell hooks meet beatboxing, in which a fitness workout is created from white movement material and Roberto Blanco is honored as the king of black German entertainment art. Her work has been shown in the Künstlerhaus Mousonturm, at the 2020 dance platform in Munich, in the Danshallerne in Copenhagen and the Hebel am Ufer Theater in Berlin. Joana Tischkau lives and works in Frankfurt am Main and Berlin.