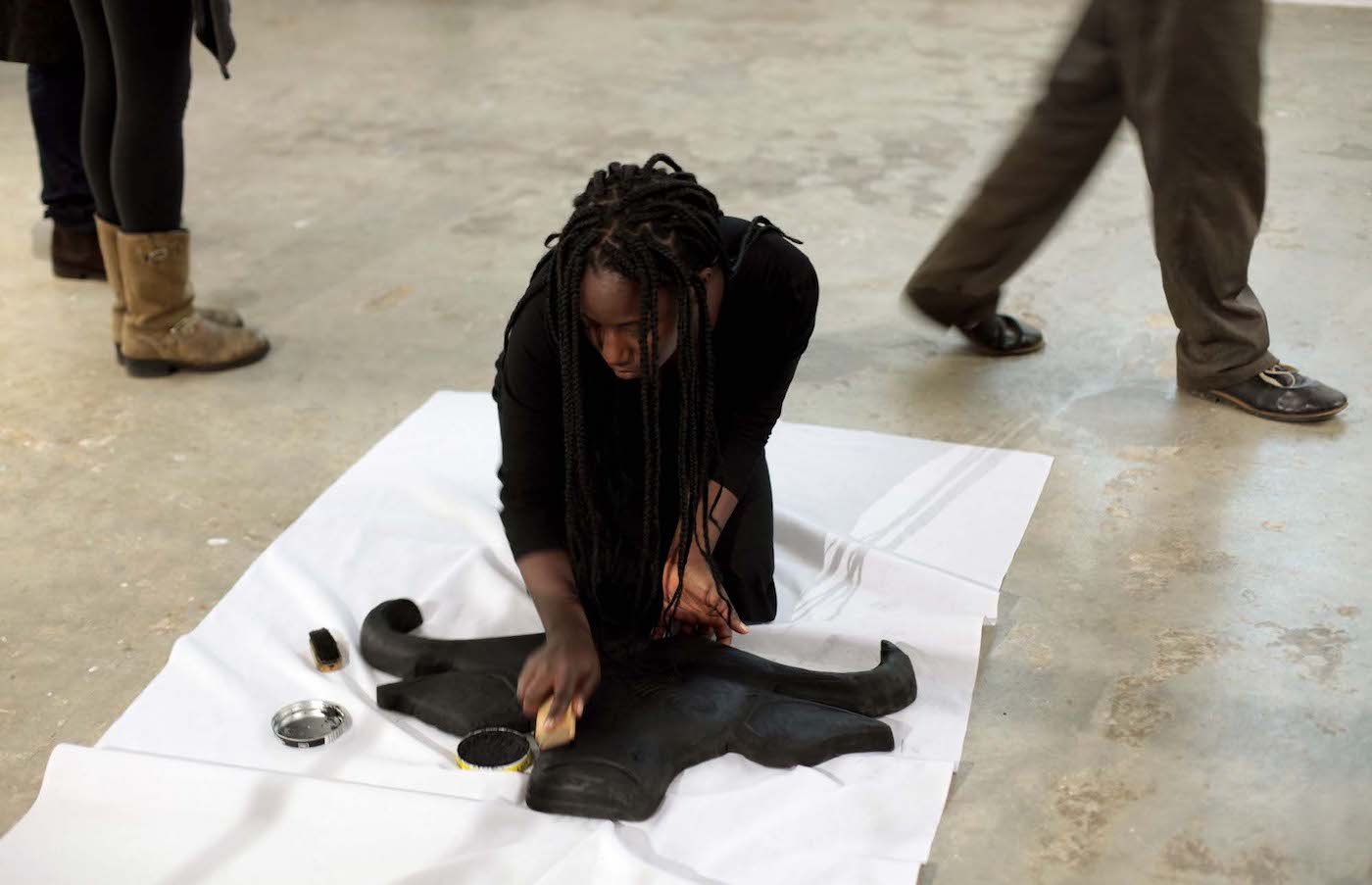 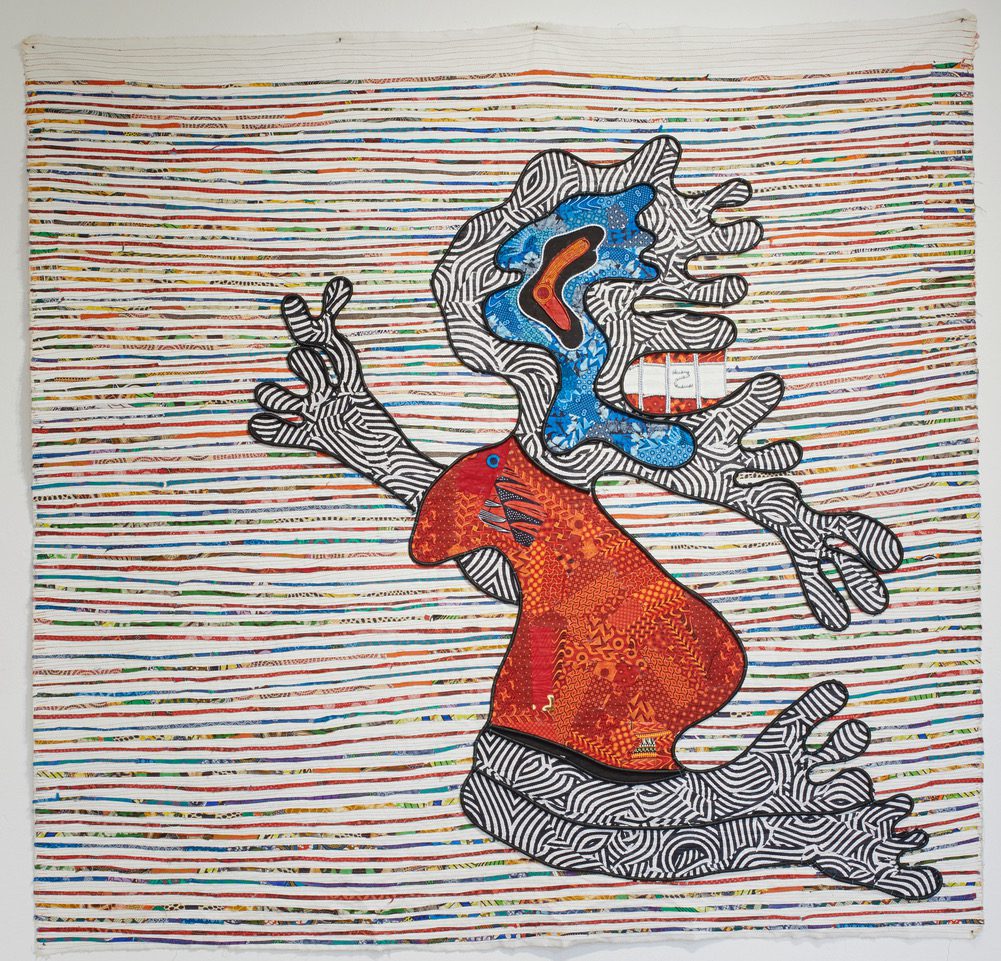 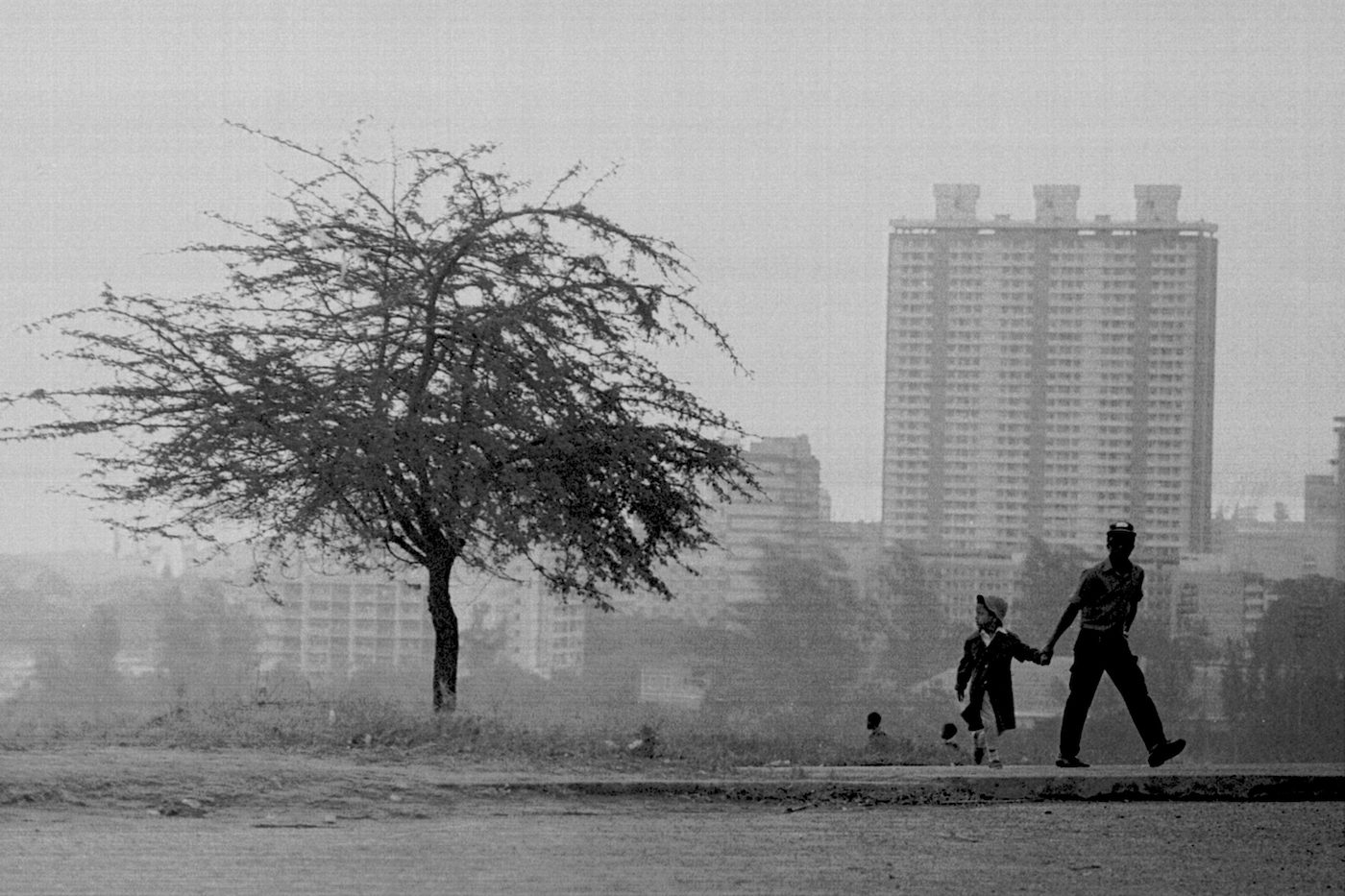 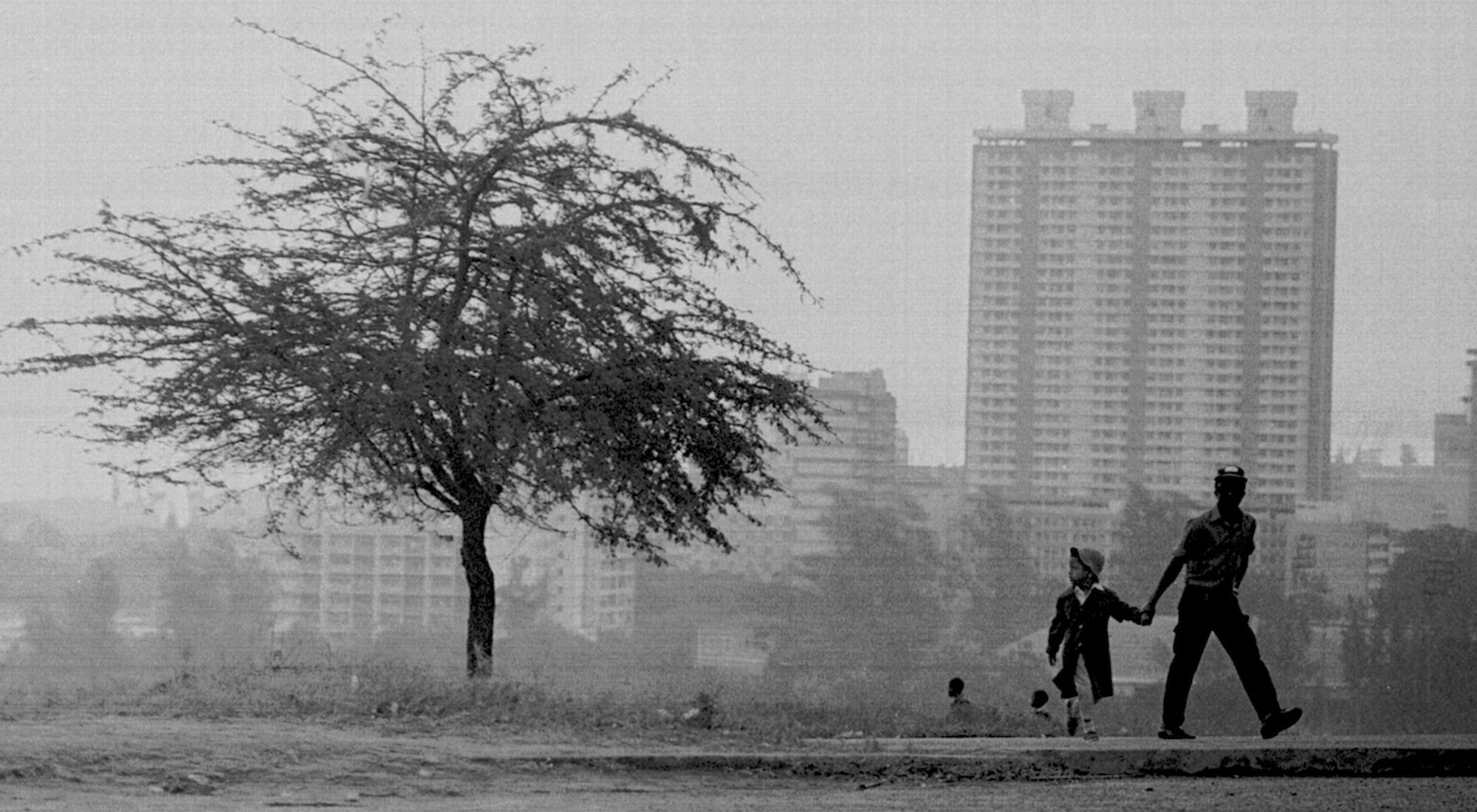 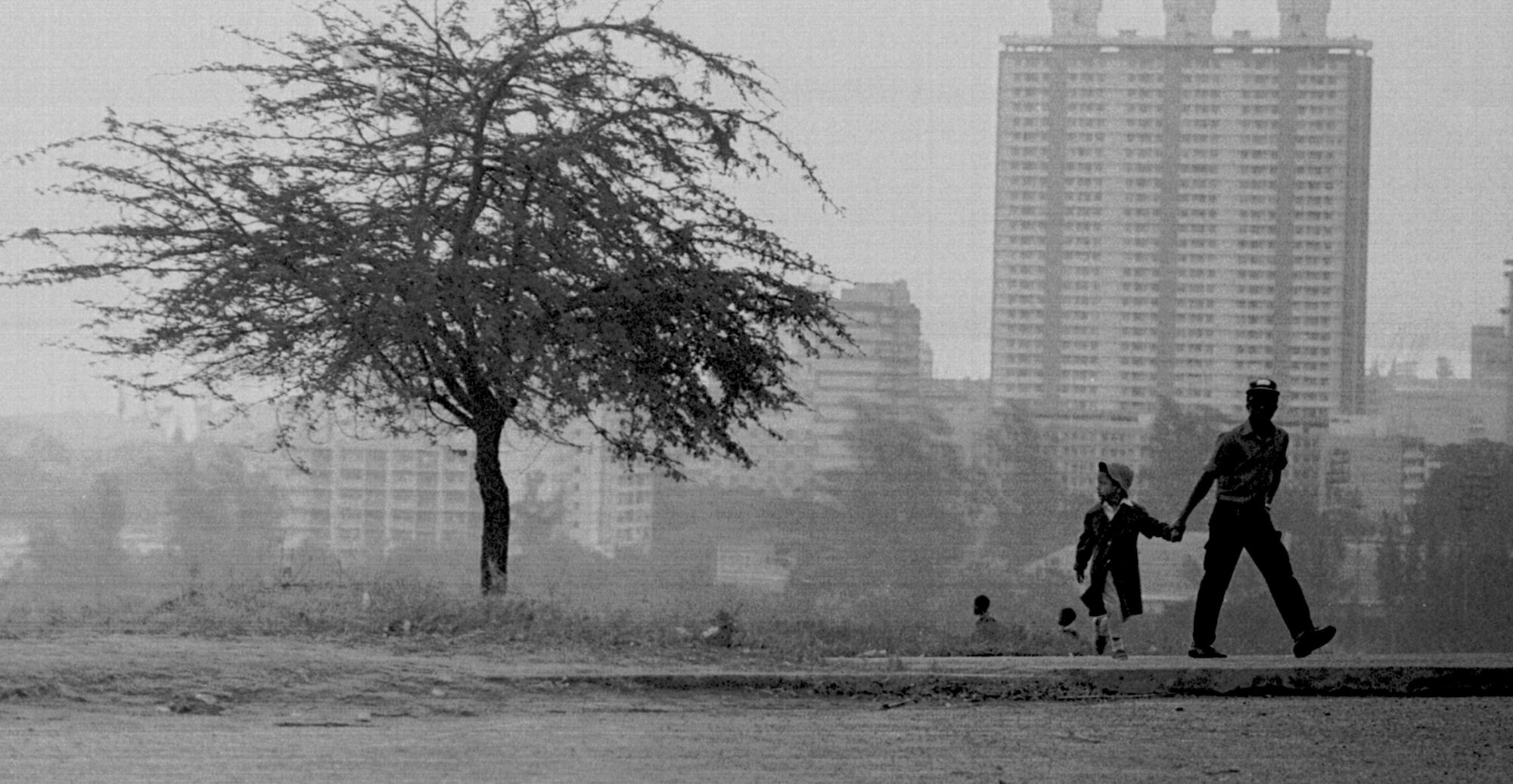 Are We Not Makers of History?

A publication featuring artists in Portuguese-speaking countries suggests distinct artistic approaches to dealing with recent history in the region.

Conceived as a curatorial encounter between Luamba Muinga in Angola and Sara Carneiro in Mozambique, Are We Not Makers of History? is a publication that uses memory and identity to address a range of artistic concerns while connecting personal and social histories shaped by colonial forces. The curators call this project, the result of a digital residency titled Luso-Linkup facilitated by the Bag Factory (2020), an “impermanent assemblage” that gives texture to the sophisticated identities that emerge from those historical and ongoing events.

The publication features artists working across painting, performance, video, poetry, and reflective texts, who operatebetween historical analysis and futuring, and confront memory and the “temporal” through deeply personal narratives, which they tie into social histories shaped and affected by multiple forces. Artist Helena Uambembe, whose work points to a textured identity that has survived the pressures of displacement across Angola and South Africa, delivers a body of work that breaks the mould of narrowly defined identities predicated on national boundaries. Her performance work is an invocation to her ancestry stretching from Angola, Namibia and South Africa. Uambembe work is often speaking to the events that led to Pomfret, a small town situated in the North West from which she hails. Pomfret features a high Portuguese speaking population made up of retired apartheid South Africa’s 32 Battalion. This elite force is of Angolan and South Africa soldiers who fought in the border wars during the apartheid period, most of whom long to return home, but have found themselves on the wrong side of history. Helena, although, connects Pomfret to a longer line of ancestry.

Teresa Firmino describes her family as Angolan, Congolese, Namibian, and South African. In an interview included in the book, she says that they mostly seemed like Angolans because they were part of the 32 Battalion, a largely Angolan special force of the South African Defence Force: “At home (South Africa) we were treated like foreigners but when we visited Angola and Namibia they made it very clear that we were South Africans.” She adds that colonialism, civil war, and “independence” changed both the minds and bodies of Black people. Her works are densely colored paintings of constrictive rooms whose occupants appear consumed by some delirium or haunting.

The writer Tavares Cebola reflects on the deafening silence that led to a social emptiness in Mozambique after its sixteen-year civil war. Cebola asks, “how does this generation pick up the pieces amidst this silence?” He draws on Hannah Arendt’s notion of “political responsibility” against the ghosts of the war and the future of Mozambique. Also engaged in a writing practice is José Luís Mendonça, whose contribution speaks poignantly of the exploitation of memory by state figures to dictate narratives of the future. His text reinvigorates a network of ideas which demonstrate that memory is also premeditated matter.   He quotes an essay by Domingos da Cruz titled “What does it mean to be Angolan?” (2020), for example, which posits that “Angola is one of those countries whose memory is the future.” He also cites Boaventura de Sousa Santos’ caution against the nuanced neocolonial actions carried out by African leaders on their own.

Lizette Chirrime contributes textiles stitched together on canvas to form abstract figures that seem preoccupied with the feminine quality. She also visits the publication with a vulnerable yet affirming self-reflexive poem about her parents and her two “+1 mothers” given to her by her father after his return from a seven-year absence. In the poem, Chirrime writes that she became the mannequin of her dress-making mother, who was aggressive but also loving. She shares her mode of self-therapy and a glimpse of her mortalized demons.

Also dealing with self-healing is Marilú Mapengo Námoda, a performance artist producing works rendered through screen and lens. She confronts what she deems the three plagues of Mozambican society: patriarchy, capitalism, and colonialism. The book features documentation of her performance Mama is killing the power! (2019), for which she stood atop a skyscraper at night. In front of her we see an altar with an empty wine glass and lit candles. A dollar note is placed between her teeth within a cynical grin. It has a ceremonial feel, with the higher being none other than herself.

Luís Santos gives a face to a deceptive politician, cast almost too perfectly in wood and concrete. Protruding from his mouth is an iron sheet that coils back into his mouth, telling us all we need to know about this character, including that which we do not wish to know. Santos also implicates the perpetrator as well as the victim, questioning our sanity by asking whether we will be sane enough to not “bite our tongue” when the day comes for the politician.

The photographer, Rui Assubuji, offers a series of photographs taken between 1980 and 1990. He describes them as being what remains from the beginning of a postponed better future. The monochrome images of quotidian life appear hopeful yet simultaneously under duress. They interfere with the fabric of time and tell of an unfulfilled moment. Meanwhile artistYonamine opens soberly with: “all of us are waiting for death in different ways: some are sitting, some are painting, some are doing politics, some are killing others.” This statement might be a guide through his work, as we are met by a practice that operates on its own terms. His Xplicit Robbery installation consists of a video loop against a wall covered with newspaper clippings; not aged enough to be archival artefacts nor of the burning present, they’re suspended between the two temporalities.

For me, in collating a record of Afro-Lusophone artists attempting to find other points of connection as human beings, bodies, and spiritual agents, Are We Not Makers of History? ultimately asks: what are we to do with memory if history is an unfinished project?

Russel Hlongwane is a cultural producer and creative industries consultant based in Durban. His work obsesses over tensions in Heritage/Modernity and Culture/Tradition as they apply to Black life. His said practice includes cultural research, creative production, design, and curatorship.