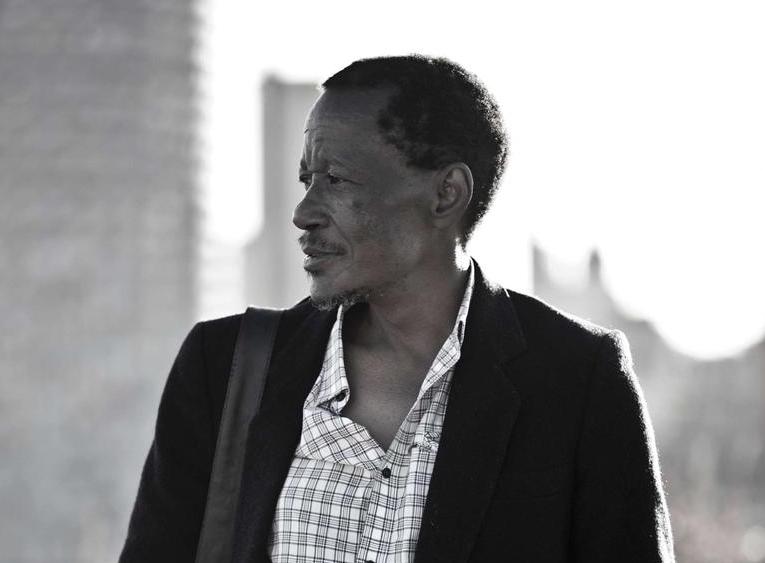 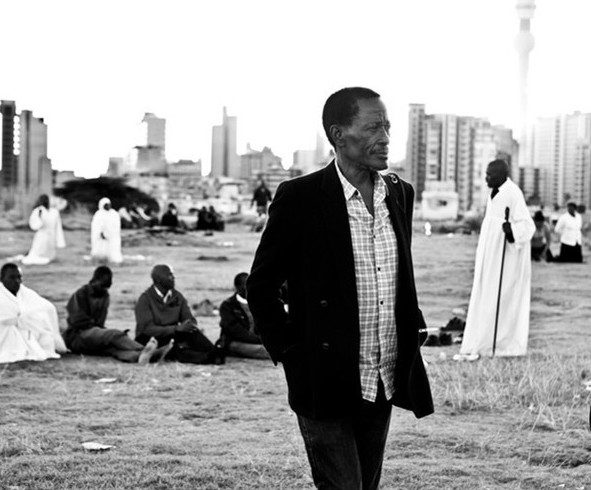 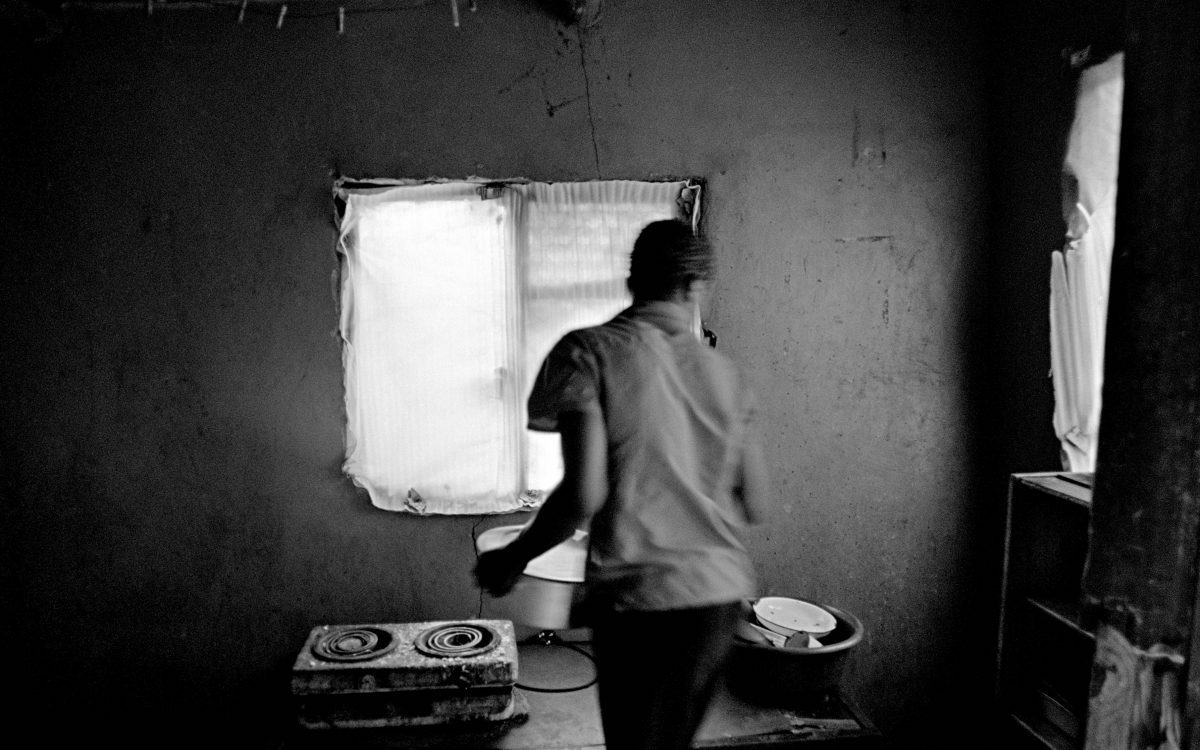 A Vision from a Mystical Source

The late Santu Mofokeng was one of the few artists who managed to show South Africans the ways in which they can transform their suffering. Moving between the contemporary and photojournalism worlds, Mofokeng left us an image repertoire of moments unexpected, caught askance, Ashraf Jamal writes.

The wound is the place where the light enters you. Rumi’s saying is as true as it is platitudinous. And yet, as with all enduring clichés, it refuses to quit our minds and hearts. We suffer. Know we must. If we are able, we will find its source – the place of hurt – and, if we are brave, confront it. In time, if we are blessed, our suffering will be appeased, lightened – enlightened. We may never be wholly healed, but we will find ways to survive our suffering.

In South Africa, a country built on hurt, the transformation of pain has always proved difficult – if not impossible. This because, as J.M. Coetzee reminded us in his ‘Jerusalem Prize Acceptance Speech’ in 1987, ”The deformed and stunted relations between human beings that were created under colonialism and exacerbated under what is loosely called apartheid have their psychic representation in a deformed and stunted inner life.” That ours remains a society that is broken, says everything about the difficulties that continue to afflict us. Where, one wonders, is the light? Is redemption ever possible in this benighted country?

Artists, as they are wont, have striven “to quit a world of pathological attachments … anger and violence, and take up residence in a world where a living play of feelings and ideas is possible, a world where we truly have an occupation.” But, as Coetzee resumes, “In South Africa there is now too much truth for art to hold, truth by the bucketful, truth that overwhelms and swamps every act of the imagination.”

That Coetzee’s view remains true thirty years hence, reaffirms the extent of our bondage to pain, the depth and incurability of our historical wound. And yet, despite his bleak prognosis, there have been artists who have shown us ways in which we can – imaginatively – transform our suffering. Four photographers stand at the forefront of this counterintuitive approach to suffering: Billy Monk, Daniel Morolong, Gideon Mendel, and Santu Mofokeng. All, barring Mendel, are dead, yet their visions persist. Each in their particular way has allowed for love in a loveless time. Billy Monk’s photographs of Cape Town’s interracial underground bars in the 1960s capture an indelible vivacity, a zest for life and its uncensored pleasures. Daniel Morolong’s visions in the 1970s capture the dignity and aplomb of Black bodies at play, wholly given to leisure – a past-time which we falsely presume was denied to Black lived experience by an oppressive system. Gideon Mendel’s visions of life in Yeoville, in Johannesburg, in the 1980s, capture the ordinary sublimity of everyday life. While Santu Mofokeng – the more complex of the four – gives us the spectrum of Black life – its bondage, pleasures, transfigurations. In his world it is the entirety of human experience that is presented to us. What each of these photographers refuse is subjection to the dictates and optics of oppression.

Mistakenly understood as a documentary photographer, Mofokeng, by virtue of his role as a photojournalist, was able to move more or less fluidly between worlds. His image repertoire is the sum of moments unexpected, caught askance, as though the photographer, despite understanding what was expected of him, chose to interpret the world otherwise. Suspicious of the putative objectivity of the camera lens, and the objective authority of a known and seen world, Mofokeng chose to inhabit the lens and fill the world he saw with his peculiar subjectivity. Contra Coetzee, his was not a world in which there was ”too much truth for art to hold,” it was never a place – a wound – that swamped the imagination. Rather, it was the photographer as a living being, and not as a mere “objective eye,” that mattered.

There is a curious medical condition which, metaphorically, illuminates what I think Mofokeng does. Described as “blindsight,” the condition allows a victim of a stroke to “detect emotion on a person’s face” that he can’t physically see. Because the stroke only damaged the visual cortex, the eyes remain functional and able to gather information about their environment. The patient may no longer possess a definite view of his environs, but he or she has an “innate awareness … of evolutionary ancient visual paths.” If I find this diagnosis telling it is because it helps me to understand the uniqueness of Mofokeng’s sighting of the world, the ways in which he was able to record its palpable yet invisible core.

Photography, we are typically told, conceals an untruth – the fact that it can never truly capture a living moment, that it is far more about that which is absent than that which is present. “All photographs are memento mori,” Susan Sontag famously writes. “To take a photograph is to participate in another person’s (or thing’s) mortality, vulnerability, mutability. Precisely by slicing out this moment and freezing it all photographs testify to time’s relentless melt.” But is this always the case? Should we necessarily agree with Sally Mann when she says that “Photograph’s economise the truth; they are always moments more or less illusorily abducted from time’s continuum”? Pragmatically, Sontag and Mann are right. Photographs are excisions. And yet, what is excised, what taken? And what of time’s pulsing moment? If, as I believe, Mofokeng operates through a “blindsight,” a kind of apprehension that allows for time’s flow – recognising with Heraclitus that that flow means we can never step twice in the same river – it does not necessarily follow that Mofokeng fails to recognise life’s continuum, and the image as a votive and sacrament produced in honour of that continuum. His images, though, still, are moving. They are about human duration, about the grace of time and not its mere melting.

Willem Boshoff, the South African sculptor and creator of one of the country’s greatest conceptual installations – Blind Alphabet – echoes Mofokeng’s approach to photography. In Boshoff’s world the senses – not only the over-privileged eye – are part of a synaesthesic intercourse, which is why he speaks of ”visual touching” and “palpable sight”. Art, including the photographic image, is never a matter of the eye alone, despite the mystique it still holds in the art world. As Boshoff notes, “The skin is the largest organ of the body. If we as humans did not have eyes, we might have been, like earthworms, completely dependent on our skins for establishing where we were, what we know, and how to move around.” Or, in the case of the medical diagnosis, “blindsight,” reliant on a glitch inside the eye and its preconditioned optic, a “selective bilateral occipital damage” that could allow one to see and feel the world uniquely.

Mofokeng’s photograph, Eye’s-wide-shut, Motouleng Cave – Clarens, 2004, is doubtless his best known if not best loved work. As I noted in my book, In The World, the photograph “is not simply an objective exercise in portraiture, but an uncannily encrypted study of mortality. It is not so much a photograph of a particular man in a particular time” – that of Mofokeng’s dying brother – “but a study of bare-forked humanity … For what Mofokeng gives us is a glimmer into night, a tipping point between dream and wakefulness, death and life.”

It is this blur between worlds – the living and the dead, seen and unseen, felt and unfelt – that propels Mofokeng into a domain as palpable as it is mystical. His oeuvre is sluiced with grace. At no point has he ever failed to recognise what Coetzee calls “The crudity of life in South Africa, the naked force of its appeals, not only at the physical level but at the moral level too, its callousness and its brutalities, its hungers and its rages, its greed and its lies.” Mofokeng has seen it all, but he has chosen to record it differently, or better, indifferently, with a skewed eye infused with grace. This because he has always recognised that we are never the sum of our pain. And, if “the wound is the place where the light enters you,” then it is a suffering and a location that can and must be transmogrified.

As Mofokeng well understood, “home is an appropriated space; it does not exist objectively in reality,” but as “a fiction we create out of a need to belong.” Our pathological attachments are the negative sum of this need to belong. However, Mofokeng – someone who could never wholly occupy his skin, for whom a country, a home, a place of belonging, was always provisional – was always moved more greatly by the estranging strangeness of these imperatives, and the burdens it foisted upon us.

This is why his photographs look the way they do, why he cannot be summed up as a portraitist. If history hurts, it can also allow for light to enter us. That Mofokeng was able to gift us his unique vision must, I believe, have come from a remote and mystical source. And perhaps the words of the monk, Hugo of Saint Victor, can help us to understand just how Mofokeng lived and created. “The man who finds his homeland sweet is still a tender beginner; he to whom every soil is as his native one is already strong; but he is perfect to whom the entire world is as a foreign land.”

Santu Mofokeng is dead. We who love him greatly lament his passing. But it is his gnomic presence, the originality of his “blindsight,” that we must enshrine.

Ashraf Jamal is the co-author of Art in South Africa: The Future Present, and the author of LoveThemes for the Wilderness, The Shades, as well as In the World: Essays on Contemporary South African Art.