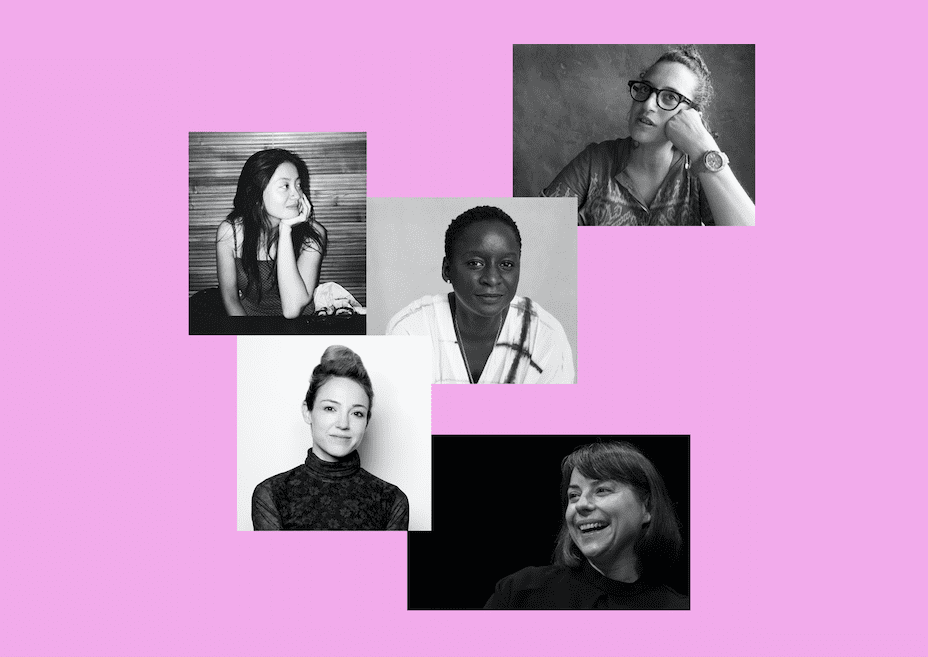 The 12th Berlin Biennale for Contemporary Art announces that Ana Teixeira Pinto, Đỗ Tường Linh, Marie Helene Pereira, Noam Segal, and Rasha Salti have been invited to join its artistic team. They will work in close collaboration with curator Kader Attia, contributing their unique perspectives to the project’s core decolonial concept through the lenses of their diverse backgrounds and critical practices.

Ana Teixeira Pinto is a writer and cultural theorist based in Berlin, DE. She is currently a guest professor at Akademie der Bildenden Künste Nürnberg, DE, and a theory tutor at the Dutch Art Institute, Arnhem, NL. Her writings have appeared in publications such as Third Text, Artforum, Afterall, e-flux journal, Manifesta Journal, Springerin, Mousse, and Texte zur Kunst. She is the editor of a forthcoming Sternberg Press book series on the antipolitical turn and, together with Kader Attia and Anselm Franke, is organizing the conference and podcast series “Whose Universal?” at Haus der Kulturen der Welt, Berlin.

Đỗ Tường Linh is an independent curator, art researcher, writer, and translator based in Hanoi, VN. She co-founded Six Space and has collaborated with venues such as VCCA – Vincom Center for Contemporary Arts, Mơ Art Space, Hanoi DocLab, and Nhà Sàn Collective, all in Hanoi. She has taken part in international projects such as the Ljubljana Biennial of Graphic Arts, SI (2019) and Axis of Solidarity: Landmarks, Platforms, Futures, Tate Modern, London, UK (2019). She was a curator-in-residence at Mekong Cultural Hub, TW (2018–19) and the Asia Culture Center, Gwangju, KR (2018). Currently, she is a research fellow for Site and Space in Southeast Asia, a project organized by the Power Institute, University of Sydney, AU.

Marie Helene Pereira is a curator based in Dakar, SN. She is the director of programs at RAW Material Company, where she has organized exhibitions and related discursive programs. She cocurated Scattered Seeds in Cali, CO (2015–17), curated Battling to Normalize Freedom at Clark House Initiative in Mumbai, IN (2017), and was a cocurator of the 13th edition of the Dak’Art Biennale de l’Art Africain Contemporain (2018). In 2021, Pereira was a recipient of the ICI Curatorial Research Fellowship, a Marian Goodman Gallery initiative conceived by the artist Steve McQueen in honor of the late Okwui Enwezor.

Noam Segal is a curator and researcher based in Brooklyn, New York, US. She has collaborated with institutions such as Palais de Tokyo, Paris, FR; Performa, New York; Tel Aviv Museum of Art, IL; and MO.CO. Montpellier Contemporain, FR; among others. Segal founded Rothschild 69, an independent nonprofit art space in Tel Aviv (active from 2008 to 2012). She was the curator of the 2020 Aurora Biennial, Dallas, US, and is currently working on projects with the American University Museum at the Katzen Arts Center in Washington, D.C., US, and FRONT International 2022: Cleveland Triennial for Contemporary Art, US. She is a faculty member of the MA Curatorial Practice program at the School of Visual Arts and a visiting scholar at New York University’s Tisch School of the Arts.

Rasha Salti is a researcher, writer, and curator living and working in Beirut, LB, and Berlin. She has cocurated film programs including The Road to Damascus, with Richard Peña, a retrospective of Syrian cinema that toured worldwide (2006–08); Mapping Subjectivity: Experimentation in Arab Cinema from the 1960s to Now, with Jytte Jensen at the Museum of Modern Art, New York (2010–12); and Saving Bruce Lee: African and Arab Cinema in the Era of Soviet Cultural Diplomacy, with Koyo Kouoh at Haus der Kulturen der Welt, Berlin (2018). Salti has collaborated with different festivals as a programmer and is the commissioning editor for the experimental documentary program La Lucarne for Arte France.

The 12th Berlin Biennale takes place from June 11 to September 18, 2022 at different venues in Berlin.