The Elliot and Kimberly Perry collection.

« The motivation of our collection is to encourage dialogue »

Our author Bomi Odufunade enters the world of the Elliot and Kimberly Perry collection.

In just over 16 years, Elliot Perry has amassed a compelling collection of modern and contemporary works of art by African American artists alongside artists of African descent. It is a rare feat to find a collector, a former NBA player and point guard with teams such as Memphis Grizzlies, Orlando Magic and Phoenix Suns, starting his art collecting journey through his extensive travels from coast to coast and city to city while still a professional athlete.

Interestingly, for the Memphis native it was an initial meeting with NBA coach Darrell Walker, which introduced him to his now passion for art. Perry and his wife Kimberly began with mid-to late 20th century African American art in 1996  —  their first purchase was a print by artist Paul Goodnight  —  and in ensuing years turned their focus to contemporary art. The couple have accumulated a voluminous art collection documenting a powerful visual narrative of the African American experience, both socially and historically.

“The purpose and motivation of our collection is to encourage dialogue”, says Elliot Perry, “while also creating a platform for inquiry and exploration … as collectors we aim to compile works that allow for the convergence of these voices and the conversations that they instigate.” 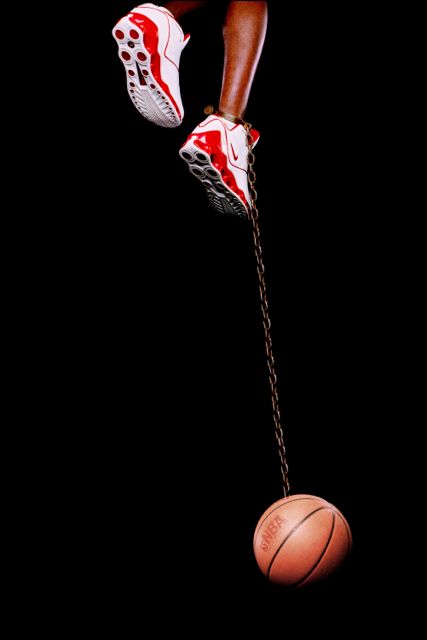 Perry’s broadness in choosing works from old masters to present-day artists, from painting, sculpture, to photography and video is impressive; he has put together a collection that reflects the ideals and talents of an exciting group of artists. The Flint Institute of Arts’ show is sheer delight and demonstrates the collector’s flair and nuance with its assembly of artists embracing a wide variety of artistic media and practices. The exhibition consists of a remarkable selection of early and mid-career works from a roll call of blue-chip names in the contemporary art world: Jeff Sonhouse, Hank Willis Thomas, Lorna Simpson, Kara Walker, Rashid Johnson, Mickalene Thomas, Xaviera Simmons, Shinique Smith, Theaster Gates, iona Rozeal Brown and Kehinde Wiley. 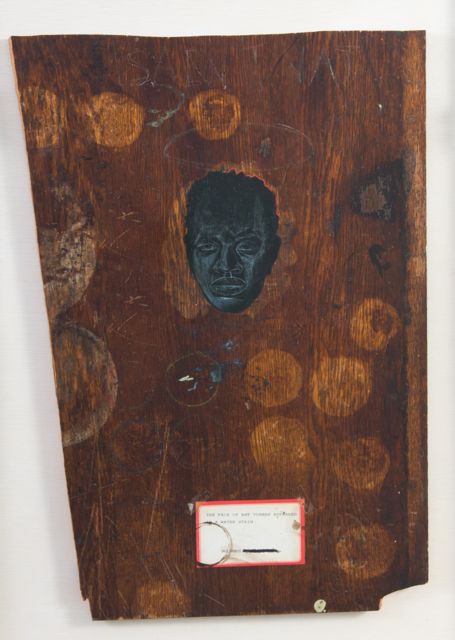 Each work is a show stopper, with Kerry James Marshall’s breathtaking Nat Turner Appeared in a Water Stain (1990), crafted with charcoal on wood, to Carrie Mae Weems‘ magical trio of red-tinted prints from her spectacular series, From here I saw what happened and I cried (1995-96); even the show’s pairing of Glenn Ligon‘s seminal, Untitled (Negro Sunshine) neon from 2005, with his Flag and Target in Hat (2004), a mixed-media work composed of a framed flag-like felt piece, alongside a modified Dr Seuss hat, is wholly prodigious.

It is a pleasure to see visual artist Lauren Kelley’s imaginative and original animated video, Big Gurl (2006) highlighting the concerns surrounding femininity and race featured in the exhibition, moreover, current rising star and one of this year’s artists-in-residence at New York’s Studio Harlem, Abigail DeVille’s recycled canvas installation, Grid (2010) is displayed sublimely oozing with latex paint, enamel paint, paper, tape and with a TV on the floor. 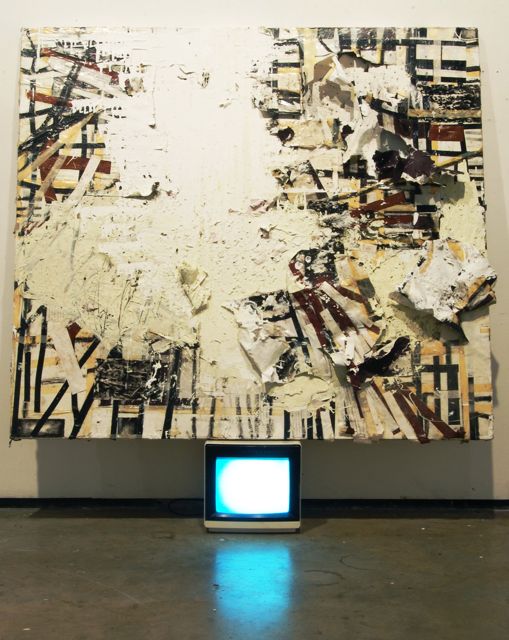 I commend the Perry’s for their precision in building a phenomenal collection; the couple remain devoted to actively championing and acquiring works by emerging and leading contemporary artists.  Perry notes, « There are a few artists we would love to have … Julie Mehretu, Terry Adkins, Serge Alain Nitegeka, Nari Ward, Oscar Murillo and Yinka Shonibare.”

Selfishly, I long for it to be one day housed in one public space, following the paths of mega-collectors such as Don and Meera Rubell, Eugenio López Alonso or Dakis Joannou, where it can be seen and viewed by the local population.

Perry adds, “Our enthusiasm for African American art is not simply about building a collection; it is our way of documenting and preserving African American culture of the twentieth and twenty-first centuries.”

Both exhibitions should not be missed.

Point of View: Contemporary African American Art from the Elliot and Kimberly Perry Collection is on at Flint Institute of Arts, Flint, Michigan through 13 April 2014

Bomi Odufunade is a writer and consultant at Dash & Rallo Art Advisory, an international consultancy specialising mainly in contemporary art from Africa and its diaspora. She advises on all aspects of establishing and building art collections, providing art consulting services for private art collectors and corporations. Her writings on art and the art market have appeared in a variety of publications. Previously, she worked at Thames & Hudson, Tate Modern and Haunch of Venison gallery in London. She is based between Paris, London and New York.