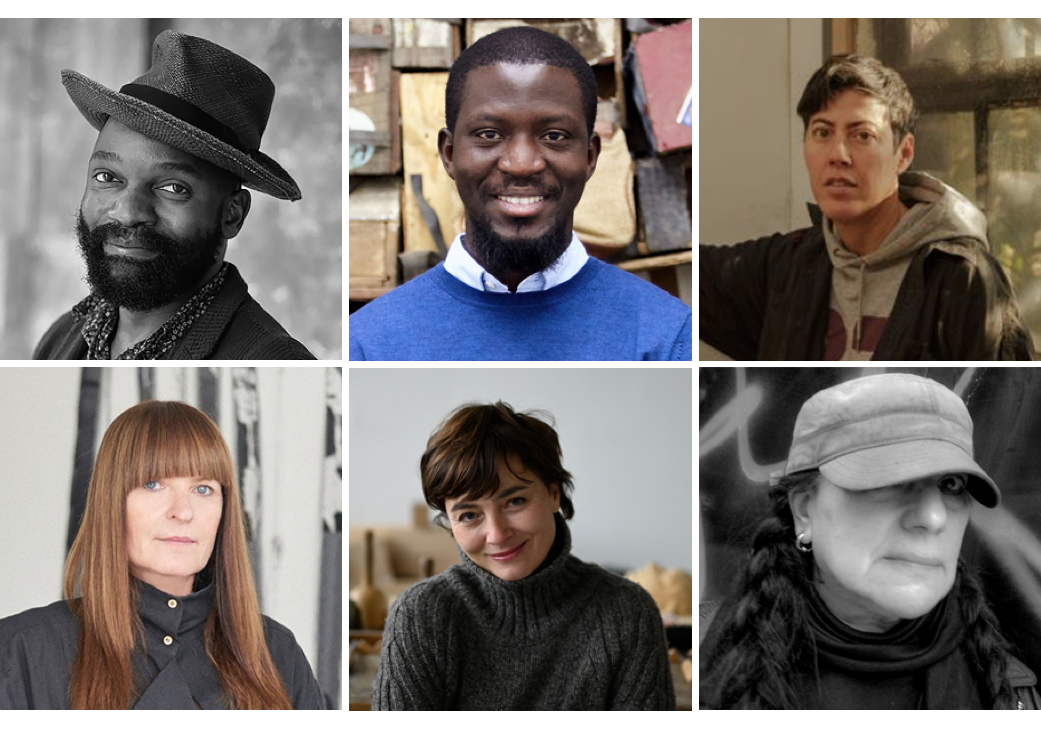 The shortlist for the famous public art commissions consist of Ibrahim Mahama, Samson Kambalu, Goshka Macuga, Nicole Eisenman, Teresa Margolles and Paloma Varga. The two winning sculptures will be on view in central London in 2022 and 2024.

The famous public art commissions—the Fourth Plinth in Trafalgar Square—has announced the six artists, who are invited to propose works to improve diversity in the capital’s public realm, including statues, street names, memorials and building names. For 2022 and 2024 Ibrahim Mahama, Samson Kambalu, Goshka Macuga, Nicole Eisenman, Teresa Margolles and Paloma Varga Weis are among the finalists.

Both winning commissions will be announced in summer, and then be shown on the plinth in 2022 and 2024 respectively. The artists’ proposals will go on show at the National Gallery in London from late May to July, and can also be viewed online. The selection will also be put to public consultation.

Following an open recruitment process, 15 panellists have been selected to form the Commission, including a range of leaders from the arts, architecture, community engagement and business sectors.

Samson Kambalu‘s often irreverent fusion of social, national and artistic tropes and identities is intentionally mischievous and provocative. His aim is to skew our reading of cultural behaviour and customs and to seek out the areas where humanity meets. The artist grounds his multi-media practice in Nyau culture – a secret society of the Chewa tribe, Malawi, which is especially known for its ritual mask performances. Kambalu’s ‘Nyau Cinema’ is characterised by spontaneity, playfulness and a non-linear approach to time.

Samson Kambalu was born in 1975 in Malawi. He lives and works in Oxford where he is an Associate Professor of Fine Art and fellow at Magdalen College, Oxford University. Kambalu featured in All the World’s Futures, the 56th Venice Biennale. His work has been included in numerous international exhibitions and projects including the Dakar Biennial (2014 and 2016); Tokyo International Art Festival (2009) and Liverpool Biennial (2004 and 2016). He has had solo exhibitions at PEER Gallery, London; Mu.ZEE, Ostend, Belgium, (2020); Whitechapel Gallery, London; Logan Centre, Chicago; NSU Art Museum, Fort Lauderdale, Miami; Kunsthalle Mainz, Germany, (2016).

Ibrahim Mahama uses the transformation of materials to explore themes of commodity, migration, globalisation and economic exchange. Often using found materials and giving them new meaning. Frequently working collaboration with others, his large-scale installations employ materials gathered from urban environments, such as remnants of wood, or jute sacks which are stitched together and draped over architectural structures.

Ibrahim Mahama was born in 1987 in Tamale, Ghana. He lives and works in Accra, Kumasi and Tamale. His work has appeared in many international exhibitions including NIRIN, 22nd Biennale of Sydney, tomorrow, there will be more of us, Stellenbosch Triennale, Cape Town (2020); Future Genealogies, Tales From The Equatorial Line, 6th Lubumbashi Biennale, Democratic Republic of the Congo; Parliament of Ghosts, The Whitworth, University of Manchester, UK 2019; the inaugural Ghana pavilion, 58th Venice Biennale (2019) and Documenta14 , Kassel, Germany and Athens. Between 2019-20, Mahama opened the Savannah Centre for Contemporary Art (SCCA), and its sister organisation Red Clay, in the Northern Region of Ghana.

Nicole Eisenman’s artwork explores the human condition in her critically acclaimed, wide-ranging prints, paintings, drawings, and mixed-media works. Influenced by the expressionists and impressionists as well as figures such as Pablo Picasso. Her works are populated with emotionally resonant, cartoonish figures, formed out of exaggerated, painterly lines and intense colours. Having established herself as a painter, Nicole Eisenman has also expanded her practice into the 3-D.

Nicole Eisenman lives and works in Brooklyn, New York. Her work was included in both the 2019 Venice Biennale and the 2019 Whitney Biennial. Other recent exhibitions include Baden Baden Baden, at the Staatliche Kunsthalle in Baden-Baden, Germany; Dark Light, at Vielmetter Los Angeles; Dark Light, at Secession in Vienna, Austria (2018); Al-ugh-ories, at the New Museum, New York; and Magnificent Delusion, at Anton Kern Gallery, New York (2016). Nicole Eisenman is a MacArthur Foundation Fellow and was inducted into the American Academy of Arts and Letters in 2018

Goshka Macuga began making art in the late 1990s. She works across mediums, incorporating archival materials, historical images, and other artists’ works into her own to explore new narratives and relationships. Archival research informs Macuga’s installations, which engage with the historical and social contexts of the host institutions or environments she is working within. Each project begins with a period of comprehensive research in their collections and archives.

Teresa Margolles, is a conceptual artist, photographer, videographer and performance artist. Her works investigates the social and aesthetic dimensions of conflict, creating sculptural installations, photographs, films, and performances imbued with material traces of death. The source of her work comes from morgues themselves, which she transforms into sensory experiences that provoke a feeling of memory to the audience. As an artist she researches the social causes and consequences of death. Her work defies normative boundaries to catch the viewers attention to invoke accountability.

Paloma Varga Weisz works primarily as a sculptor and as a draughtswoman; producing intricate carvings and small scale, mythical watercolour works. Classically trained in Bavaria, Varga Weisz was taught traditional techniques of woodcarving, modelling and casting before attending art school in Düsseldorf in the 1990s. Varga Weisz’s handmade woodcarvings are heavily textured and tactile, and frequently probe traditional approaches towards display. Her figures, both sculptural and illustrated, are often laden with personal and collective motifs, where oddities of form are common fare: anthropomorphic figures, hybrid forms, or figures verging on the grotesque.