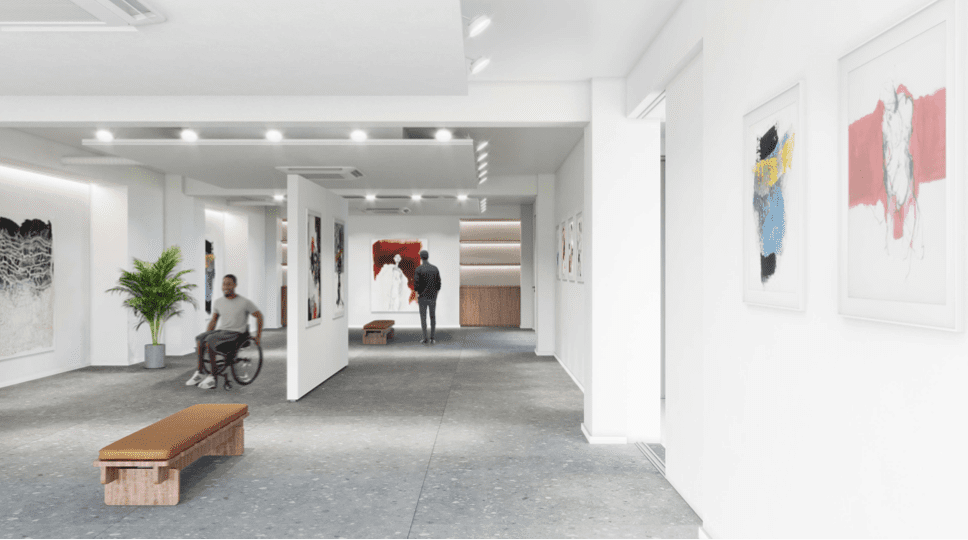 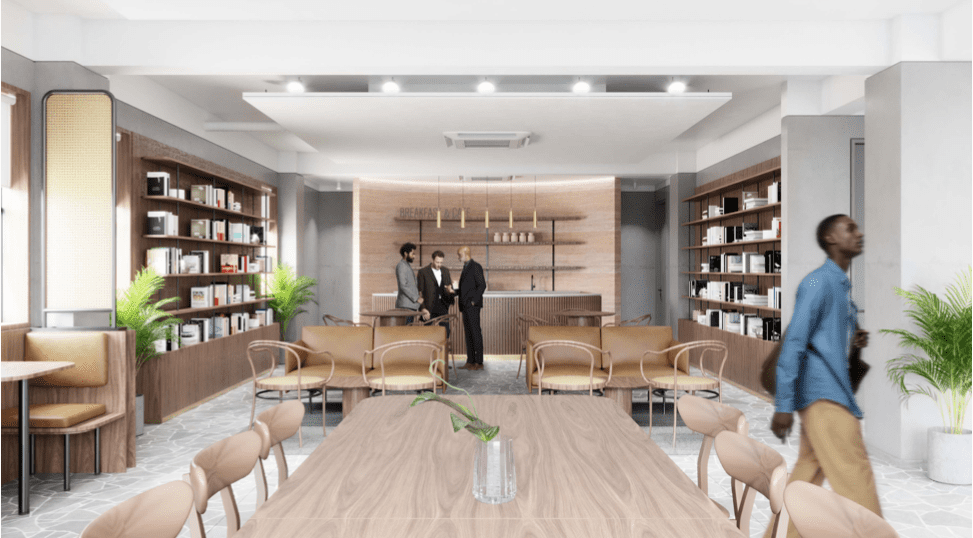 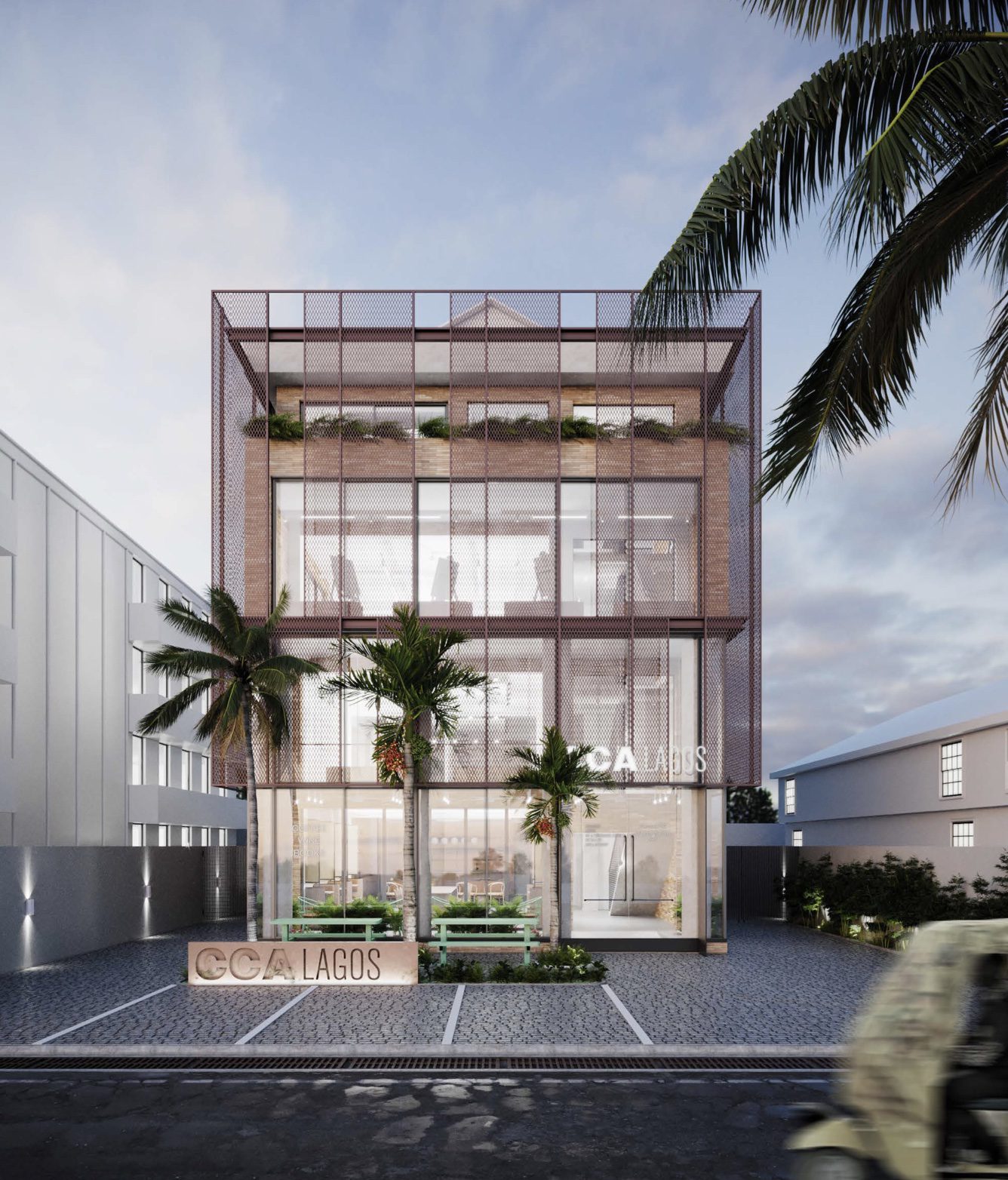 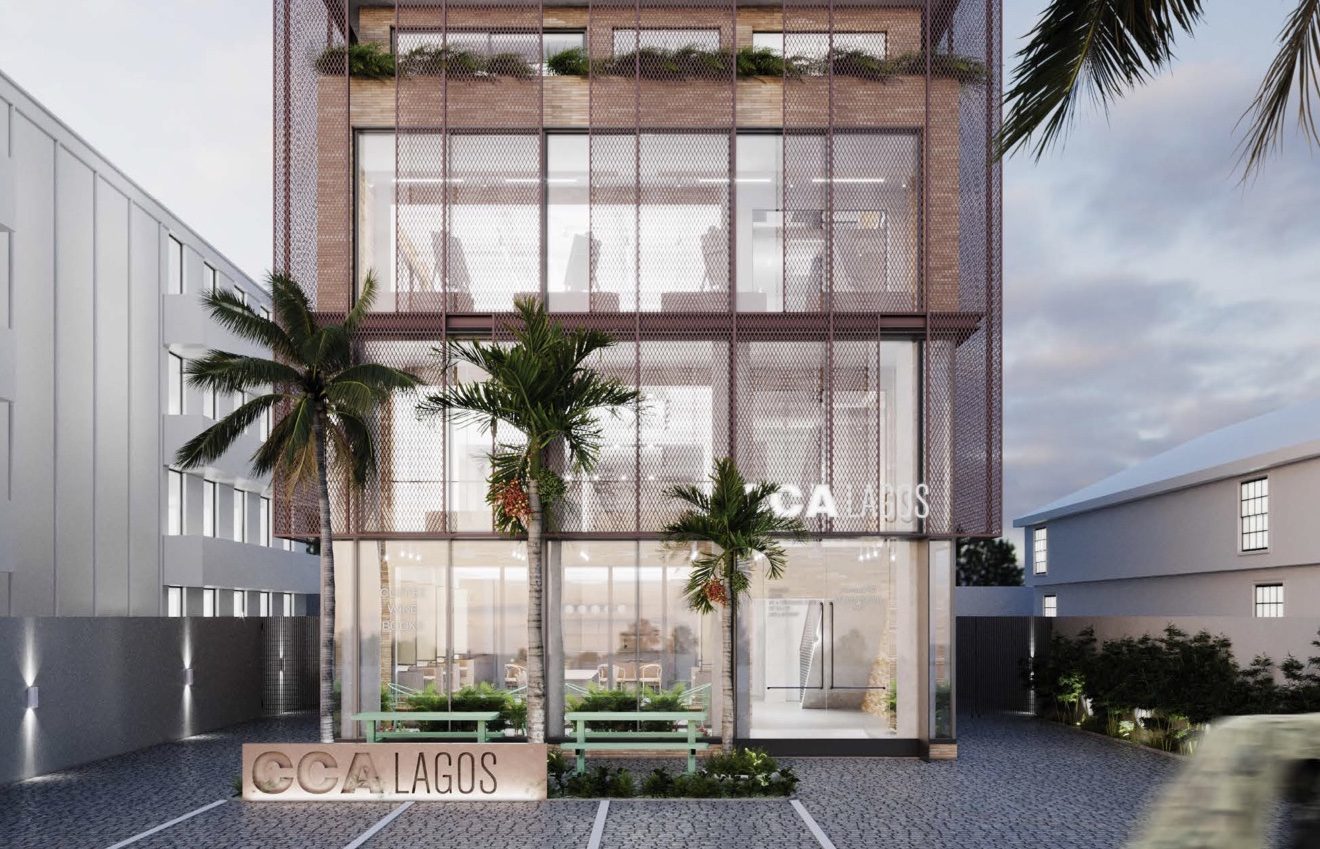 With over one million dollars raised at a Sotheby’s CCA Lagos Benefit auction, one of Nigeria’s most respected art institutions is getting a major rehabilitation.

Founded in 2007 by curator Bisi Silva (1962–2019), the Centre for Contemporary Art, Lagos (CCA) has built its reputation as a crucial champion of contemporary art from Africa and its histories on a shoestring budget sourced from its exhibitions and publication programs. Oyindamola Fakeye, artistic and executive director of CCA, says the extensive renovations will improve its facilities and rejuvenate the local community in Yaba. They will also strengthen the existing artistic network with University of Lagos (UniLag) and Yaba College of Technology (YabaTech).

Bisi really was like a godmother in the art world, says Hannah O’Leary, director and head of Modern and Contemporary Art at Sotheby’s, who expresses surprise at the number of artists willing to donate work in honor and support of CCA. Over £1.3 million dollars (including commission) was raised with more than 60% of the lots sold above their high estimates to buyers from across six continents. While Sotheby’s retained the buyer’s premium, no seller’s commission was charged and 100% of the hammer price went to CCA. The twenty-five donated lots included works by long-established artists like El Anatsui, Sokari Douglas-Camp, and Kehinde Wiley as well as younger, sought-after artists like Joy Labinjo and Michaela Yearwood-Dan. Auction records were set for nine artists, including Uthman Wahab and Tafadzwa Adolf Tega. A third of buyers and bidders were new to Sotheby’s, as were six artists, including Nedia Were and Moses Zibor, who made their auction debuts.

Since the online auction, on 15–22 March, some of the proceeds have been used to secure purchase of the five-storey building which the CCA has rented since its inception. Substantial renovations are to begin in the third quarter of 2022, aimed at redesigning the building into a world-class, multi-use, multidimensional arts centre. The planned improvements, designed by Lagos-based architectural firms Greycave and Studio Contra Ltd, span a gallery, a bookshop, a library, and an experiential studio.

In the past, private and public donations helped stock CCA’s estimable library. While the centre’s non-commercial exhibitions never depended on extraordinary budgets, the building itself has been subject to slow decay due to a shortage of maintenance funds. Visitors have to labor up a concrete staircase to its two exhibition spaces and library on the third floor.

Formerly occupied by Picture Works, the commercial photo studio owned by the family of legendary Nigerian photographer J.D ‘Okhai Ojeikere, the gallery on the ground floor is temporarily closed. A peep through its glass doors reveals a dust-strewn interior, long out of use.

Large-scale, multisite exhibitions are planned as the centre celebrates its fifteenth anniversary in December 2022. Of its new drive to increase diversity and inclusion in its core programmes, Oyindamola says the team have placed access as a core principle of its organization. A lift will be installed to aid movement between the three floors, in addition to creating wheelchair accessibility in consultation with disability arts advocates.

Further adjustments will be made to CCA’s events programme as part of its mission to establish a “robust system” to support artist, curators, and art administrators in conjunction with other arts organizations, such as Vernacular Art Lab, Arts in Medicine, Nnele Institute, GAS foundation, Yaba Tech, and Revolving Art Incubator.

GAS Foundation, founded by British-Nigerian artist Yinka Shonibare, and Tiwani Gallery, founded by Nigerian-raised Greek gallerist Maria Varnava, are recent additions to the Lagos landscape. Hannah O’Leary says that CCA was the lynchpin for all these exciting events. Under the guidance of Bisi and CCA, Yinka returned to Nigeria for the first time as an adult in 2016 and exhibited his first public sculpture in the country. Bisi was also a mentor to Maria when she set about establishing her London-based gallery in 2012; the Nigerian curator is credited with naming the gallery “Tiwani,” which roughly translates as “our own” in Yoruba.

Where many have felt the need to thrive by finding relevance and opportunity in the Global North, adds Oyindamola, there should now be an increased belief that arts practitioners can attain a similar level of accomplishment without having to go abroad. It is an interesting twist of fate to secure such huge funding after nearly twenty years of building an enviable reputation on meagre budgets. Anticipation is therefore high for this next phase in the organization’s ambitions for contemporary art from Africa. Will the expectations be met? CCA is going to build a space that is on par with any kind of similar academic institution worldwide, insists Hannah – the possibilities are endless for libraries, museums, and academic institutions all over the world.