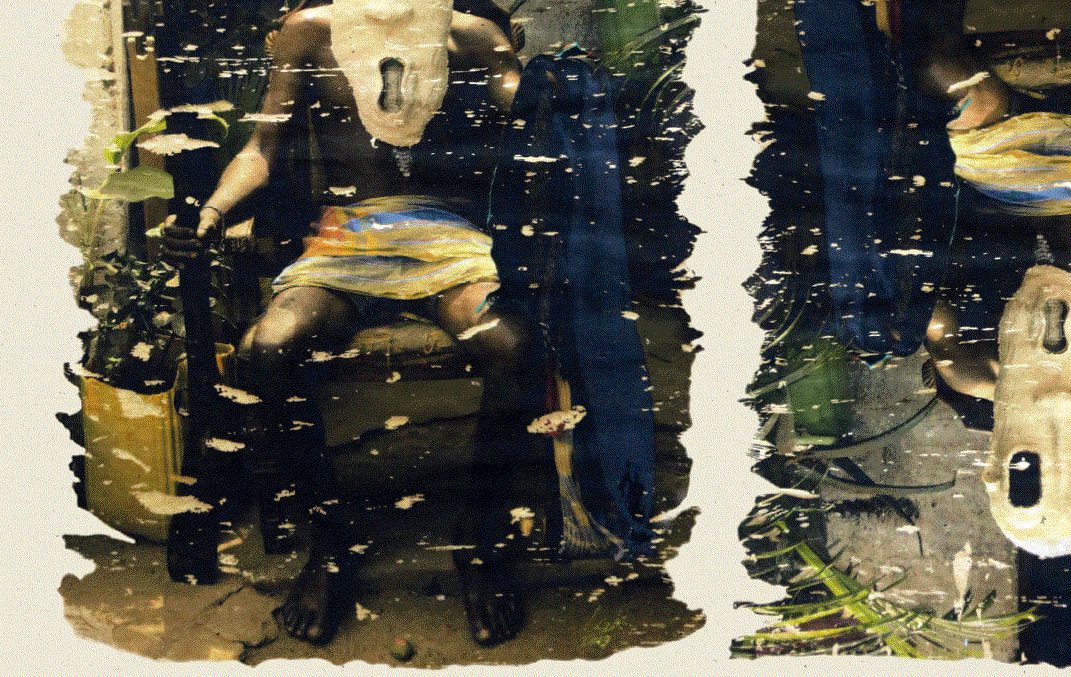 The exhibition « Reflect#2 – FRAGMENTS, FRAGILITIES, MEMORIES, » held at the Museum of African Art in Belgrade (Serbia) in collaboration with THIS IS NOT A WHITE CUBE Art Gallery, contains carefully selected works by Angolan artists, representative of what is, in a broad spectrum, the artistic production and intellectual reflection of an iconic generation born after Angola’s independence in 1975, following the affirmation of independence movements, the Portuguese Colonial War and the deposition of the dictatorial Estado Novo regime in Portugal.

Curated by Ana Knežević, Emilia Epštajn, Graça Rodrigues, and Sónia Ribeiro, the exhibition brings together a comprehensive panorama of this multifaceted production, incorporating works by ALIDA RODRIGUES, ANA SILVA, CRISTIANO MANGOVO, FRANCISCO VIDAL, JANUÁRIO JANO, LUÍS DAMIÃO, NELO TEIXEIRA, OSVALDO FERREIRA, PEDRO PIRES, and ERY CLAVER. The exhibited works reveal a strong affinity to the stratified aesthetics and materiality of the « archive, » whose near non-existence – due to neglect or endemic depletion – has proven critical in Angola.

The works were conceived between 2014 and 2022: a period during which, in Angola, the processes of the construction of a discourse and of artistic experimentation within the promoting of a deep conceptual reflection on the issues that historically, politically, and socially imply the sustained development of the country taking into account its recent history, were matured.

The project was purposely conceived for Belgrade’s African Art Museum temporary exhibitions wing, establishing a dialogue with its permanent collection, which includes objects, artifacts and works of art that reflect the material culture of West Africa, including Angola. It is the second of its kind, dedicated to presenting the works of artists of African origins. Following the first edition, which focused on reflections from Namibian contemporary artists (2020), Reflect #2 now explores the fragments, fragilities, and memories of contemporary artists from Angola.