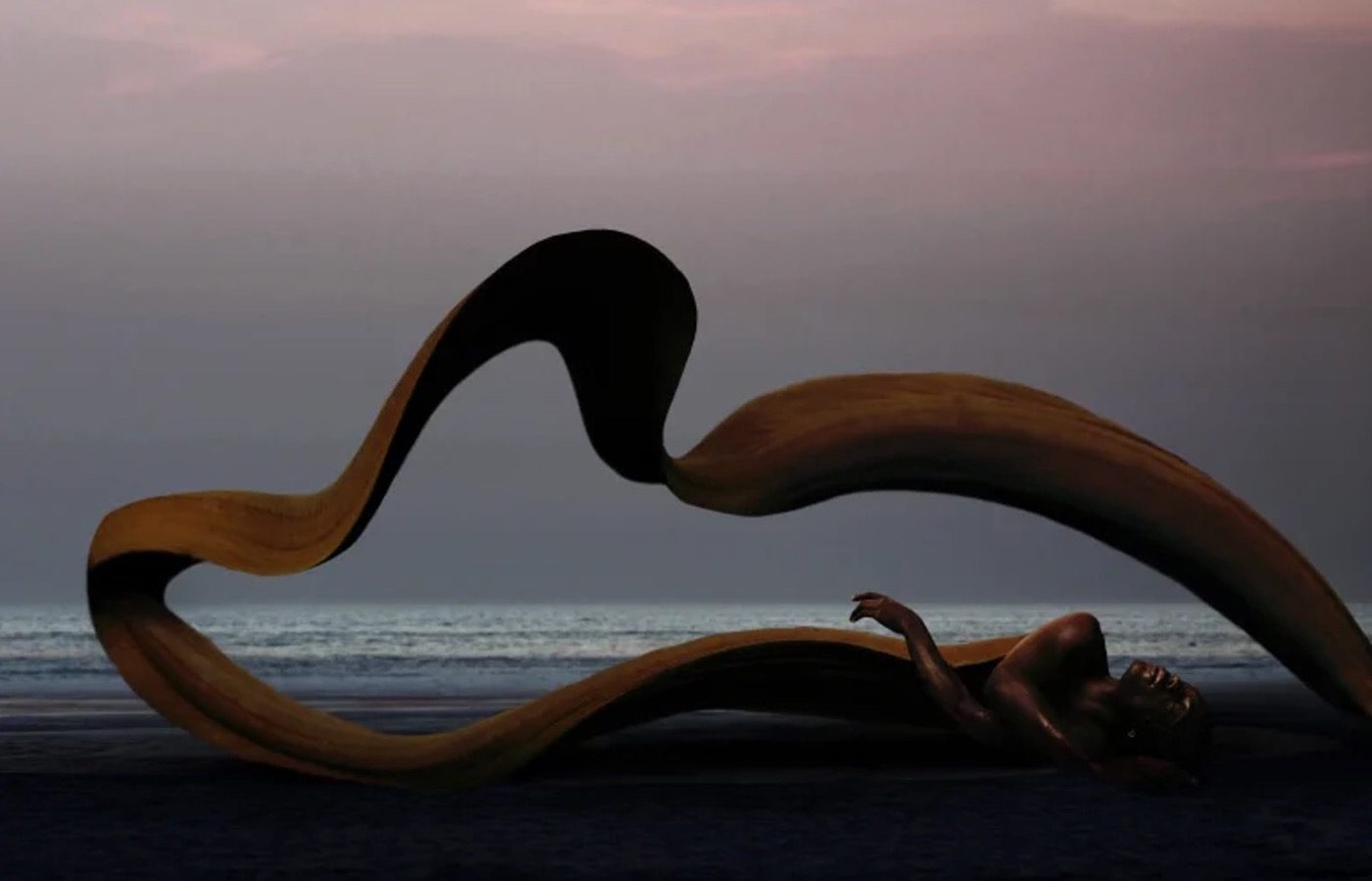 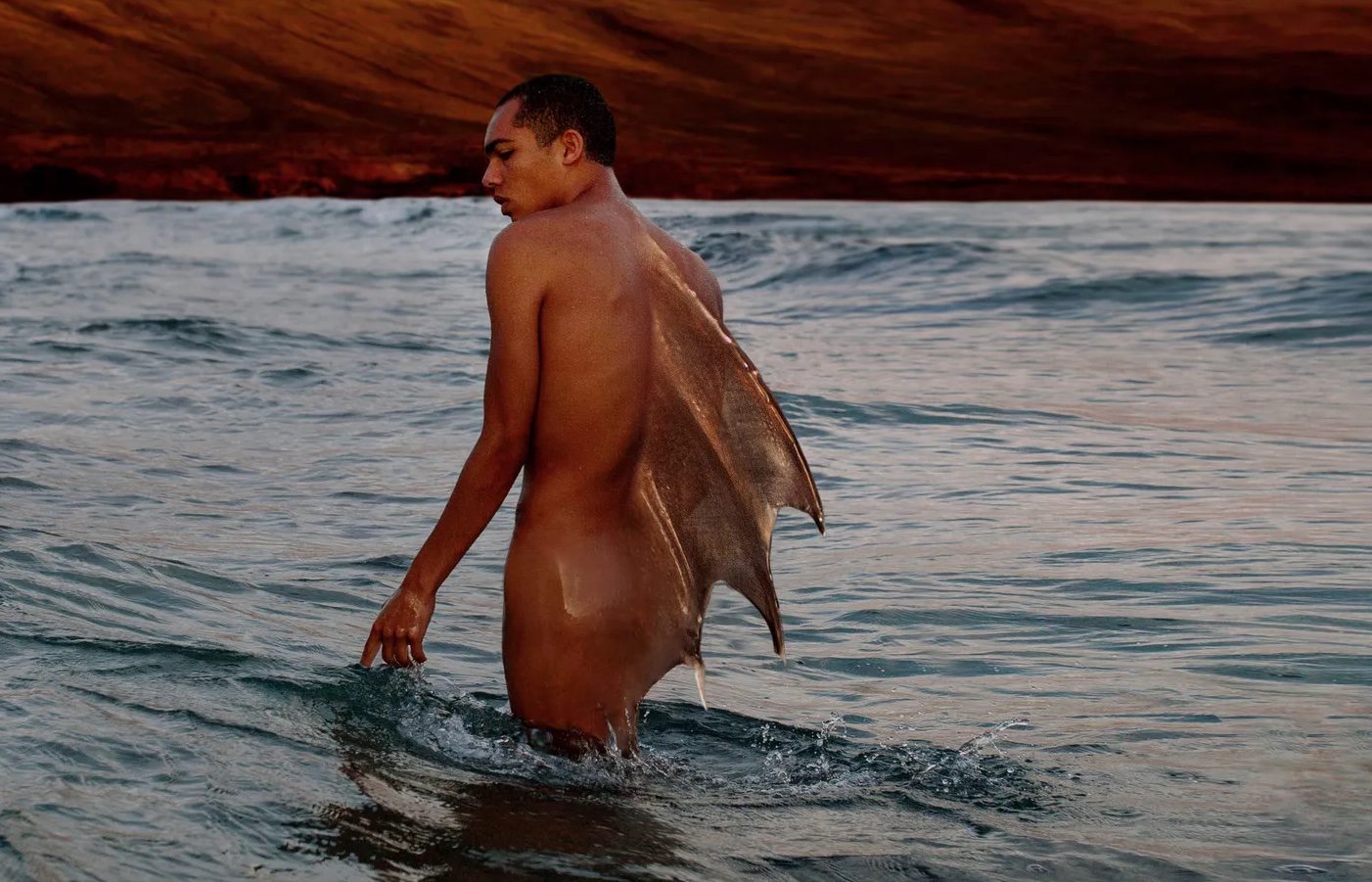 Mare Monstrum / Drown In My Magic channels the power of myth by explicitly visualising Black merfolk. It envisions water as expanse which the characters can be safe in. New lore shifts the entanglement of Black bodies and their environments, making unquestionably clear that they belong. No longer are they subject to whims of the tide, or must choose to drift into a void that holds the potential for destruction. Instead, the portrayed are equipped to survive, and find freedom in the monstrous.

« Uzochukwu reclaims the narrative of fantasy by embracing the alien otherness projected onto black bodies in a way that could be read as pure empowerment. » Ekow Eshun

David Uzochukwu’s photographs deliver you into warm and sensitive worlds where humans and nature entwine in search of belonging. Expanses of sand, water or sky embrace Black bodies emanating strength. Often their limbs morph into fantastical forms against hyper-real landscapes that offer a space for contemplation. It’s this interplay between the natural and supernatural, between the visible and invisible, that imbues the artist’s images with an arresting presence.

Uzochukwu’s ongoing body of work, Mare Monstrum / Drown In My Magic, uses the central idea of Black mermaids to explore both the historical relationship between the African diaspora and the water, and contemporary politics around migration. A great part of the images were made in Senegal in 2018 and show mermen emerging from the seas protecting and healing one another. The most recent images came together in Germany and introduce a whole community of hybrid merfolk in states of solace and rebirth. An incubated baby, a proud centaur and a tender couple, among others, inhabit a boundless realm.

The Austrian-Nigerian artist was born in 1998 in Innsbruck. His photographic practice began as a teenager with intimate self-portraiture that soon gained recognition. He’s enjoyed collaborations with artists including FKA twigs, Pharrell Williams, Ibeyi and Iris van Herpen. Since joining Galerie Number 8, he’s exhibited at Bozar, Photo Vogue Festival, Unseen Amsterdam, Off Biennale Dakar and LagosPhoto. He was named One to Watch by the British Journal of Photography in 2020, and his first co-directed short film, Götterdämmerung, was selected for Max-Ophüls-Preis in 2021. He is currently studying philosophy at Humboldt University of Berlin.