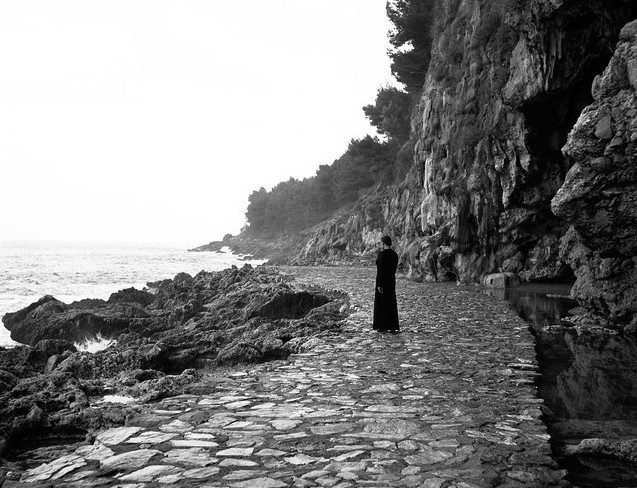 Produced by Carrie Mae Weems for the 2018 CCA Biennial, Heave is a two-part artwork installed in specially designed pavilions on Cornell’s central Arts Quad. Linked to Weems’ 2017 project for the Park Avenue Armory, A Shape of Things, Heave incorporates multimedia design & architectural strategies to probe the devastating effects of violence. Having frequently undertaken sustained investigations of social conflict, Weems here explores the spectacle of violence in our contemporary lives. Curated by Timothy Murray.

Part 1: A CASE STUDY (A QUIET PLACE?)
From wars, revolts & revolutions to the extraordinary prime-time assassinations, mass school, nightclub and street killings to the murder of Trayvon Martin, violence is a personal choice, a twisted display of power. A CASE STUDY is an installation centered on the notion of personal choice. It explores the trauma of loss, the tragedy of assassinations, killings, murders and the persistence violence directed against black men.

Designed as a study with the artifacts of communication, from books, maps, and globes to stereos, microphones, record player, telephone, and vintage television set. Streaming video incorporates news broadcasts, found footage, along with personal narrative that charts the meaning of violence in our lives, homes and communities. Playing on the monitor is the funeral procession on the Tragic 4: the Kennedy brothers & Martin and Malcolm and a lone male dancer responding to this historic moment in time. Over the course of the exhibition, video gamers are invited to sign up online to play one of two popular video games over the internet.

Part 2:  HEAVE, video projection, text, narrative
Heave is a poetic musing—a sorrow song—a howl, a video constructed out of made and found footage that picks and pecks at the various forms of violence threatened to destroy us all, from domestic abuse to domestic terror, from animal extinction to environmental disaster, from political upheaval to social unrest, from the arms of the states to unarmed black men, from the failures of the left to the rise of the right, from the persistence of escalating wars to the assassinations of national leaders. And in this context, within the relentless noise of our daily consumption of tragedy and hypocrisy, one could sense the pulsing, the pushing, and the quaking, the slow eruption, the heave.

Heave centers on various forms of violence generally and of the violence historically directed against women and people of color.  In a time when nationalism finds its greatest expression in the form of President Donald Trump, who through a series of Clinton mishaps inexplicably finds himself at the center of world power; a time when the right-wing has goose stepped right into the White House; a time of puppeteers and puppets masters, clowns, jokers & jugglers, carnival barkers, plate-spinners, two faced speakers & spies, charlatans & prophets of fake news, sexual predators and surveillance operators, Women Rise.

More information on the Conference and CCA Biennial