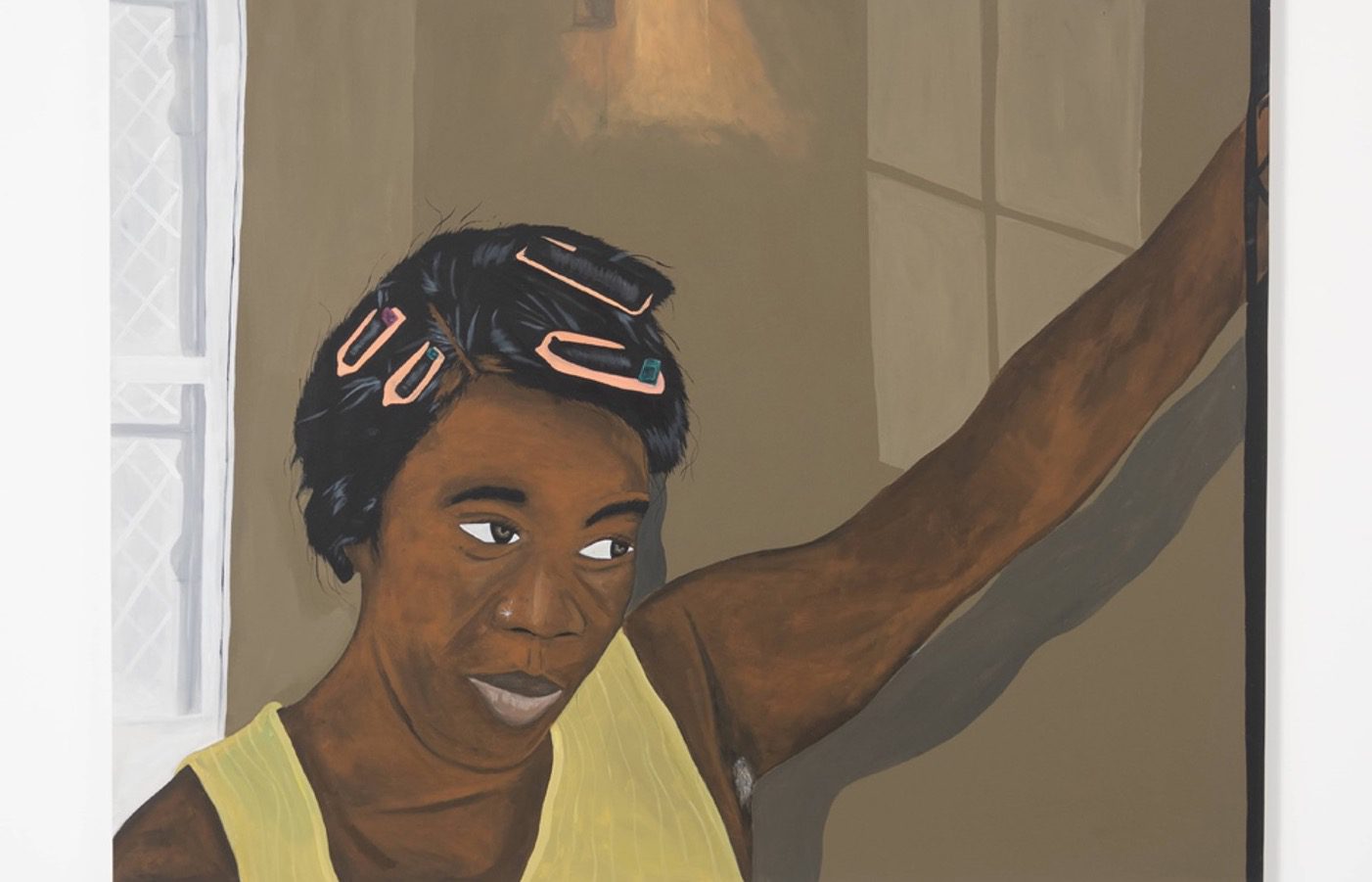 Luce Gallery presents Momma Said, the first solo show of Auudi Dorsey at the Gallery. A series of paintings – all centered around the artist’s reflections on and reactions to his mother’s sage advice.

Dorsey is a New Orleans-based painter who depicts scenes of everyday life and the black experience in the southern United States. His work is part autobiographical – reflecting on intimate, joyful, and challenging moments throughout his life – and also part universal narrative, as the scenes he chooses sometimes have deep cultural references to Black communities. When viewed together, the paintings create a window into the mind of an impressionable young man as he makes decisions under his mother’s watchful eye, and vividly describes the powerful bond between mother and son.

For the artist, the paintings reference all the advice, guidance, and rules his mother instilled in him from a young age. His late mother, Deanna Dorsey, was a force in his life, always wanting the best for and expecting the best of her children. In his first solo show, Dorsey saw it fitting to honor her legacy as “the person who started me” and who first placed a paintbrush in his hand.

In keeping with his signature style, the artist uses exclusively Black figures in his narrative scenes of urban and domestic life. Each of these figures are painted from memory, but based on real people in Dorsey’s community. To underscore the importance of each individual in his paintings, he utilizes mostly shades of sepia and walnut brown in his palette, echoing their skin color throughout the canvas. He also incorporates corporate brand names into many of his works, such as Waffle House or Serta. They serve as nostalgic triggers for each of the memories he depicts in his paintings. Overall, the strength of Dorsey’s work is how he communicates a very complex – and often emotionally charged – scene by relying on only a slight gesture or subtle facial expression. Here simplicity equals clarity.

In Momma Said, a woman glaring at someone beyond the canvas holds her left arm overhead pointing sternly towards something in the distance. This motherly figure, with pink curlers in her hair, the residue of deodorant in her underarm, and a loose chartreuse house dress, appears to have been suddenly interrupted from her morning routine. Her serious I mean business expression is calm, yet stern, with pursed lips, slightly raised eyebrows, and her eyes locked on her target – most likely a misbehaving child.

This same figure is incorporated again in Some Things Don’t Change, where we only see her seated torso and knees. Here her adult son lays with his head in her lap, squirming as she cleans his ear with a G-tip. While her adult son could clearly do this task on his own, this moment illustrates that no matter how old you are, your mother will always see you as her child in need of nurturing.

In a third painting inspired by his mother, Hydrotherapy, Dorsey acknowledges the difficulties and tolls of being a caregiver. Here the artist recalls his mother’s sanctuary, the shower – her only time alone to reflect, breathe and take a moment for herself.

Three of the paintings in this show, Is You Coming or Not?, Joyride, and Back Sit Rider all form a continuous narrative depicting scenes from a seminal moment in the artist’s life when he neglected his mother’s advice. These paintings show the artist’s struggle with peer pressure to ride in a stolen car with insincere friends; his grappling with I shouldn’t be here as he stares out the window; and culminating in his acknowledgment that this is not the life I want as his gaze meets the viewers. With his expression lost in thought, we can almost hear him repeat his mother’s disappointment again and again to himself.