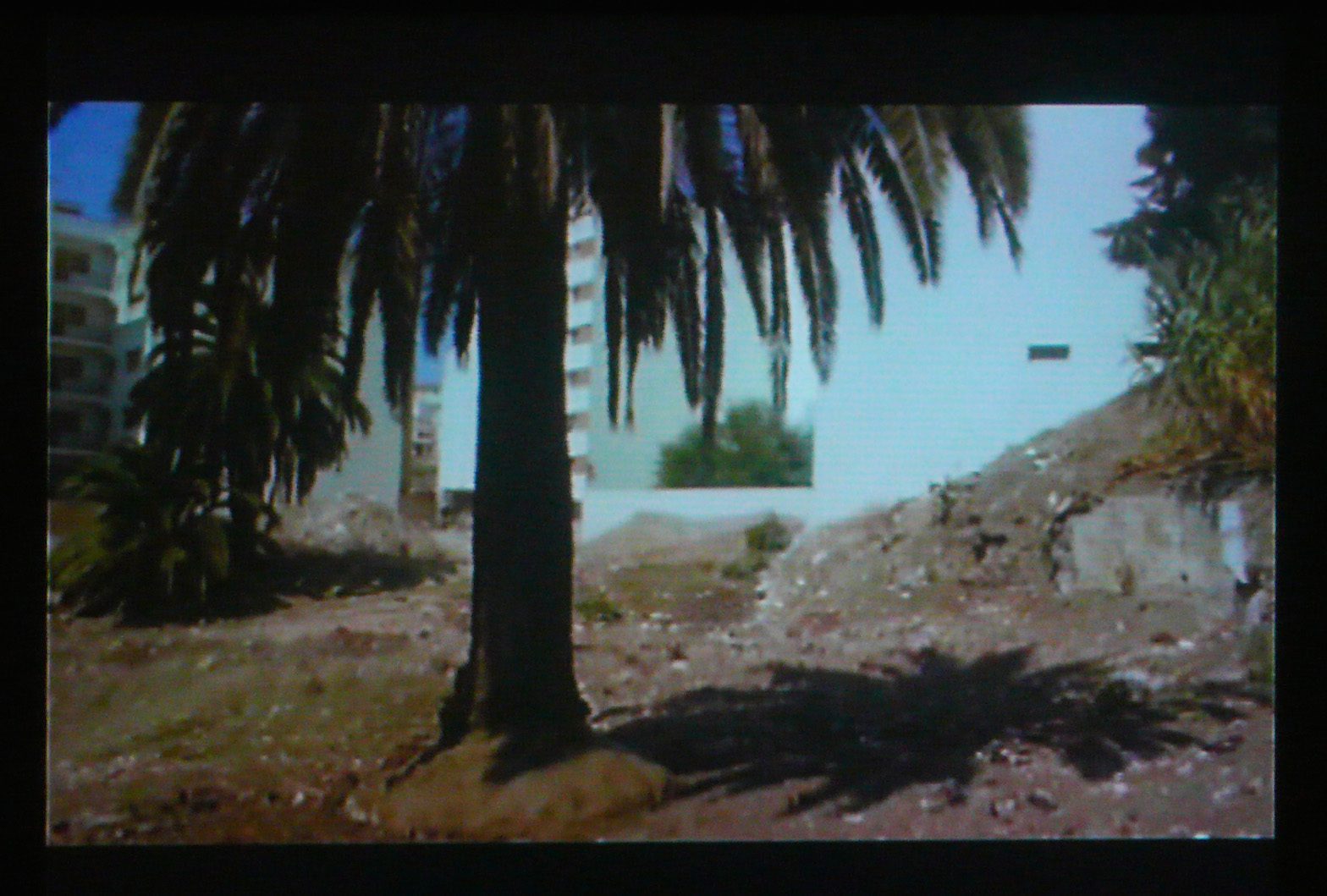 PALM, PALM, Palmar is a project and exhibition that looks at the imported palm tree as a vector for producing narratives and imaginaries within colonial and postcolonial Johannesburg.

Imported from island “utopias” across the Pacific Ocean and South-East Asia during South Africa’s apartheid regime, the palm trees of Johannesburg complicate city imaginaries by blurring temporal and geographical frames and desires. On the influx of so-called “exotic” palms into Johannesburg Heinz Wicht writes that palms reminded apartheid-era white citizens of “temperate zones…tall stems, crowned with feathery leaves, automatically suggest[ing] blue skies and freedom…” (H. Wicht, 1962). The imposition of an illusory “pleasantness” and “freedom” through utopian landscaping was at odds with a colonial city violently divided and planned to better enforce the segregationist and inhumane laws of apartheid. These palms are still present in Johannesburg, remaining witness to political and economic events and changes that have occurred in the city post-1994. How do we understand the appropriation of the palm as a colonial paradisical dream? How do we recuperate the palm tree from this violent dream, within the entangled becoming of a postcolonial city? Can the palm tree speak?

PALM, PALM, Palmar involves producing propositions around place making, entering the question of spatial and historical organisation through flora. Extending the architecture of a built environment towards the architecture and infrastructure of landscaping regimes and plant structures, the project looks at how meaning and history has been produced under human-plant relations and what the role of specific plant-life is in assembling or eliding popular narratives.

The title of the project, PALM, PALM, Palmar, brings attention to the linguistic history of the word ‘palm’, which is also a term for a tricksters’ ‘sleight of hand’, or ‘to palm’ something away. Palmae, as they are called in latin botanical classification, are also named after the opened surface of the human hand which is not only a flat plane area, but what is referred to in medical terms as palmar – “of or pertaining to the underside of an appendage”, the area always pointing downwards.

‘Palm’ is thus a gesture, a territory and a direction.

POOL is committed to supporting the development of artists and curators through close collaboration, commissioning and production of new work. POOL champions emerging practice as well as experimental artist and curator-led work and research initiatives.