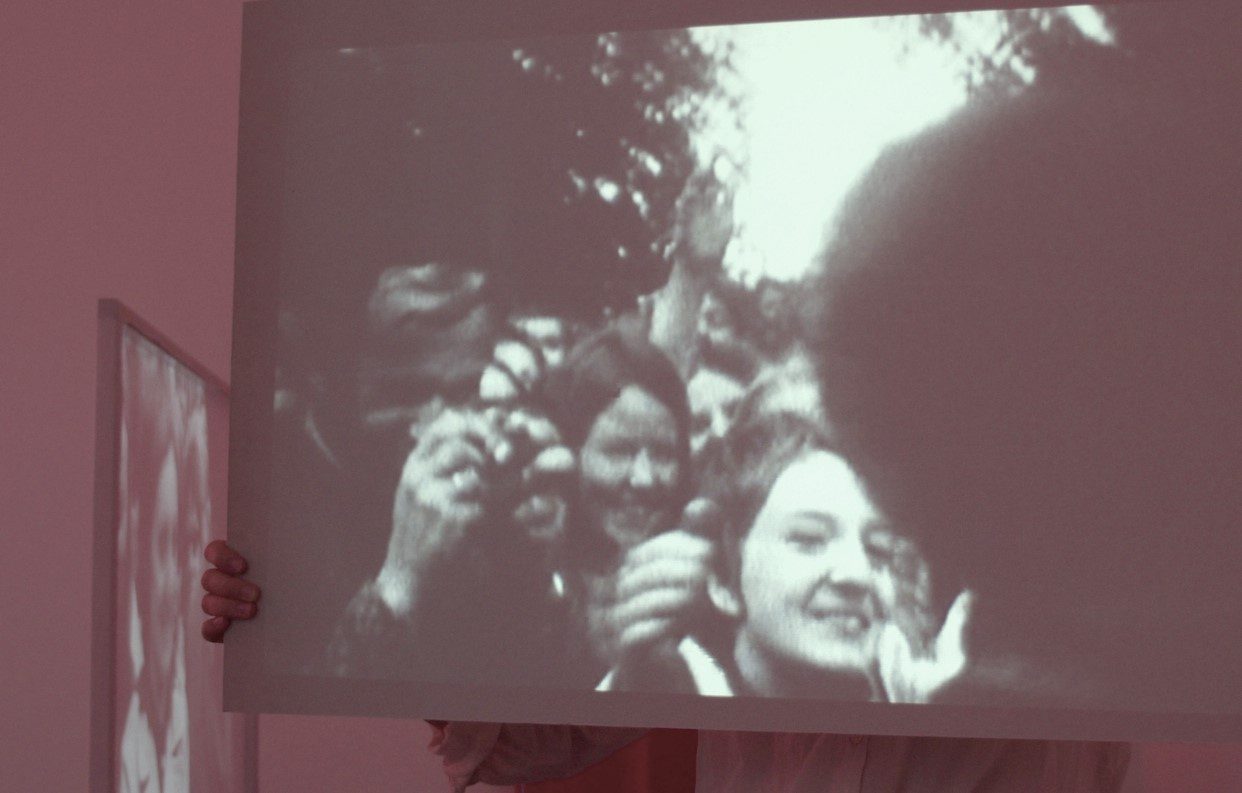 In the exhibition, the artists Akinbode Akinbiyi and Elske Rosenfeld deal with perspectives on and from Germany, as well as with images about feeling at home in today’s Germany.

The title »Neues Deutschland« (»New Germany«) refers to daily life in Hellersdorf in Berlin’s east, where the exhibition is located. Here, developments following the push for »reunification«, as well as internationalisation due to new residents, have created an entirely different reality to the one imagined to exist in Berlin’s centre. The exhibition title also quotes the name of the (post)-Stalinist »central news organ of the Socialist Unity Party of Germany (SED)«, a newspaper that continues to exist today as ND and is affiliated with the party Die Linke. The use of the programmatic title »Neues Deutschland« for the exhibition, however, draws on German communists’ historical aim to create an antifascist, socialist, and fundamentally different Germany. ND’s predecessor was an exiled magazine that appeared in Mexico between 1942/43 as Alemania Libre (Free Germany) and from January 1945 as Nueva Alemania (New Germany). Drawing on this legacy, the exhibition looks towards perspectives arising today from new constellations created by exile, liberation and migration.

Angela Davis studied in 1965 with Theodor W. Adorno in Frankfurt, where she joined the SDS (Socialist German Student League) and took part in protest actions against the Vietnam War. In June 1968 she became a member of the Communist Party USA. Following her imprisonment there, countless solidarity campaigns were organised in her support in the German Democratic Republic (GDR), as well as in other socialist countries in Eastern Europe. The TIME magazine used the words »Angelamania« (1972) to describe the jubilation in the GDR when, following her release, Angela Davis publicly appeared at Schönefeld Airport and later at the 10th World Youth Festival in Berlin, wedged between elite state officials and enthused young people from the liberation movement.

Born in Halle, artist Elske Rosenfeld’s multimedia installation commemorates the dissident Erika Berthold. During one such public appearance, breaking away from the crowd’s inhibited over-identification with the star, Erika Berthold spontaneously hugged Angela Davis: an act of »friendship between peoples« that deviated from the state-socialist script. While the GDR advertised itself as an anti-racist state and integrated Angela Davis into its iconography, in everyday racism was also present there. Here, Rosenfeld’s contribution, which was created for the Dresden exhibition »1 Million Roses for Angela Davis«, is shown in the station urbaner kulturen in combination with photos from the series »Rote Fahne, DDR« (2011-2021): Fabrics, staged in post-GDR landscapes, which are now offered for sale on online platforms.

Artist and writer Elske Rosenfeld (*1974) researches the relationship between the body and language during revolutionary incidents, the history of 1989/90, and forms of dissidence. Parallel to this exhibition, her works will be on view at the nGbK in Kreuzberg as part of the exhibition »…oder kann das weg? Fallstudien zur Nachwende«. In 2018, Rosenfeld co-directed the project »Artistic Research in the Archive of the GDR-Opposition« together with Suza Husse/District Berlin.

Photographer Akinbode Akinbiyi was born in 1946 in Oxford, England, and moves between the metropolises of Berlin, Lagos, and further afield. He studied literature and English studies in Ibadan, Lancaster, and Heidelberg and has lived in Berlin as a photographer and curator for decades. In 2016, he won the renowned Weimar ›Goethe-Medaille‹.
His practice, which involves analogue street photography taken during urban wanderings, has led to versatile series and works capturing individual observations. His works have been prominently exhibited, including in the most recent documenta 14 in Kassel and Athens (2017), at Martin Gropius Bau in Berlin (2020), as well as at countless festivals internationally. For this exhibition, Akinbiyi will use a medium-format camera to document his way from the former Stalinallee via his current home in Frankfurter Allee to Hellersdorf and beyond, and will set the results in relation to his photographs from cities in other parts of the world.

By bringing together these two artistic positions, the exhibition offers opportunity to reflect on the meaning of the internationalist history of the GDR, and the relation it bears to cosmopolitan hopes in Germany today. What kinds of new frictions, what new constellations inform artistic contributions, and how is everyday life – long characterised by diversity – on the city’s peripheries to be grasped?