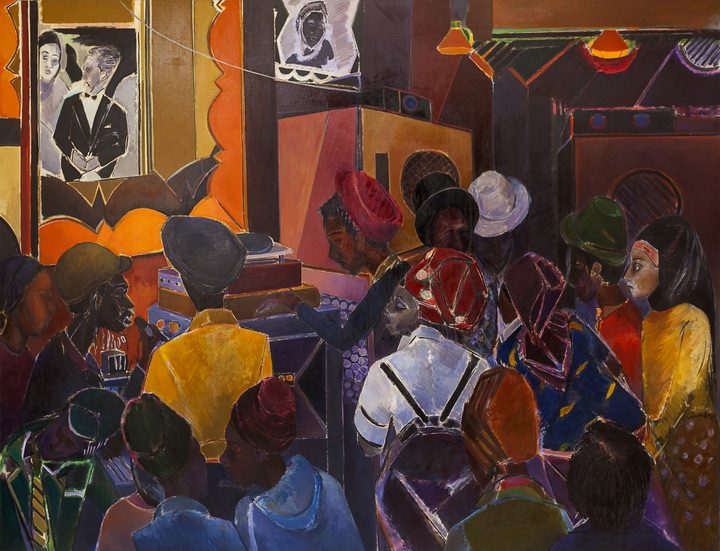 Opening at Tate Britain in December, Life Between Islands will be a landmark exhibition exploring the extraordinary breadth of Caribbean-British art over four generations. It will be the first time a major national museum has told this story in such depth, showcasing 70 years of culture, experiences and ideas expressed through art, from visionary paintings to documentary photography.

The exhibition will feature over 40 artists, including those of Caribbean heritage as well as those inspired by the Caribbean, such as Ronald Moody, Frank Bowling, Sonia Boyce, Claudette Johnson, Peter Doig, Hew Locke, Steve McQueen, Grace Wales Bonner and Alberta Whittle, working across film, photography, painting, sculpture and fashion.

The exhibition begins with artists of the Windrush generation who came to Britain in the 1950s, including Denis Williams, Donald Locke and Aubrey Williams. It will explore the Caribbean Artists Movement, an informal group of creatives like Paul Dash and Althea McNish, whose tropical modernist textile designs were inspired by the Caribbean landscape. The rise of Black Power in Britain will be shown in works such as Horace Ové’s photographs of Stokely Carmichael and Neil Kenlock’s Black Panther school bags 1970. The exhibition will also include a new iteration of Michael McMillan’s The Front Room, a reconstruction of a fictional 1970s interior, evoking the role of the home as a safe space for social gatherings at a time of widespread prejudice.

Works from the Black Art Movement of the 1970s and 80s depicted the social and political struggles faced by second generation members of the Caribbean-British community. Photographs by Dennis Morris and Vanley Burke present everyday scenes of love, family and social life in the midst of struggle and hardship. Major uprisings in the 1980s will be explored in works such as Isaac Julien’s Territories 1984, showing the conflict between carnival revelers and the police, and Denzil Forrester’s Death Walk 1983, a tribute to Winston Rose who died in police custody. Other artists looked back to colonial history and its continuing resonance. Keith Piper’s photo-collage Go West Young Man 1987 connects the horrific dehumanisation of Transatlantic slavery with the media’s demonization of young Black men, while Ingrid Pollard’s Oceans Apart 1989 conveys the co-existence of the Caribbean and Britain, past and present, through intimate everyday scenes.

The exhibition will continue with artists who emerged either side of the millennium. While the Caribbean-British population forged new identities and communities in Britain, it also became embedded in British culture from reggae and dub to annual carnivals. Some artists chose to move in the opposite direction from Britain to the Caribbean, including Peter Doig and Chris Ofili who relocated to Trinidad in 2003. Lisa Brice and Hurvin Anderson have also both made paintings inspired by their time on the island, including Brice’s After Ophelia 2018 and Anderson’s Maracas III 2004.

The exhibition will end with artists who have emerged more recently, many of whom revisit themes encountered earlier in the show. It will include new works created especially for the exhibition, including new designs by Grace Wales Bonner evoking the brass bands and parades of the Commonwealth Caribbean, Marcia Michael’s multimedia collaboration with her Jamaican mother connecting her voice and body to generations of history and memory, and a photographic installation by Liz Johnson Artur charting the early development of south London’s Grime music scene.

Life Between Islands is curated by David A Bailey, Artistic Director of the International Curators Forum, and Alex Farquharson, Director of Tate Britain. It will be accompanied by a fully illustrated catalogue from Tate Publishing and an anthology entitled Liberation Begins in the Imagination: Writings on British Caribbean Art from Tate Publishing and ICF the International Curators Forum.