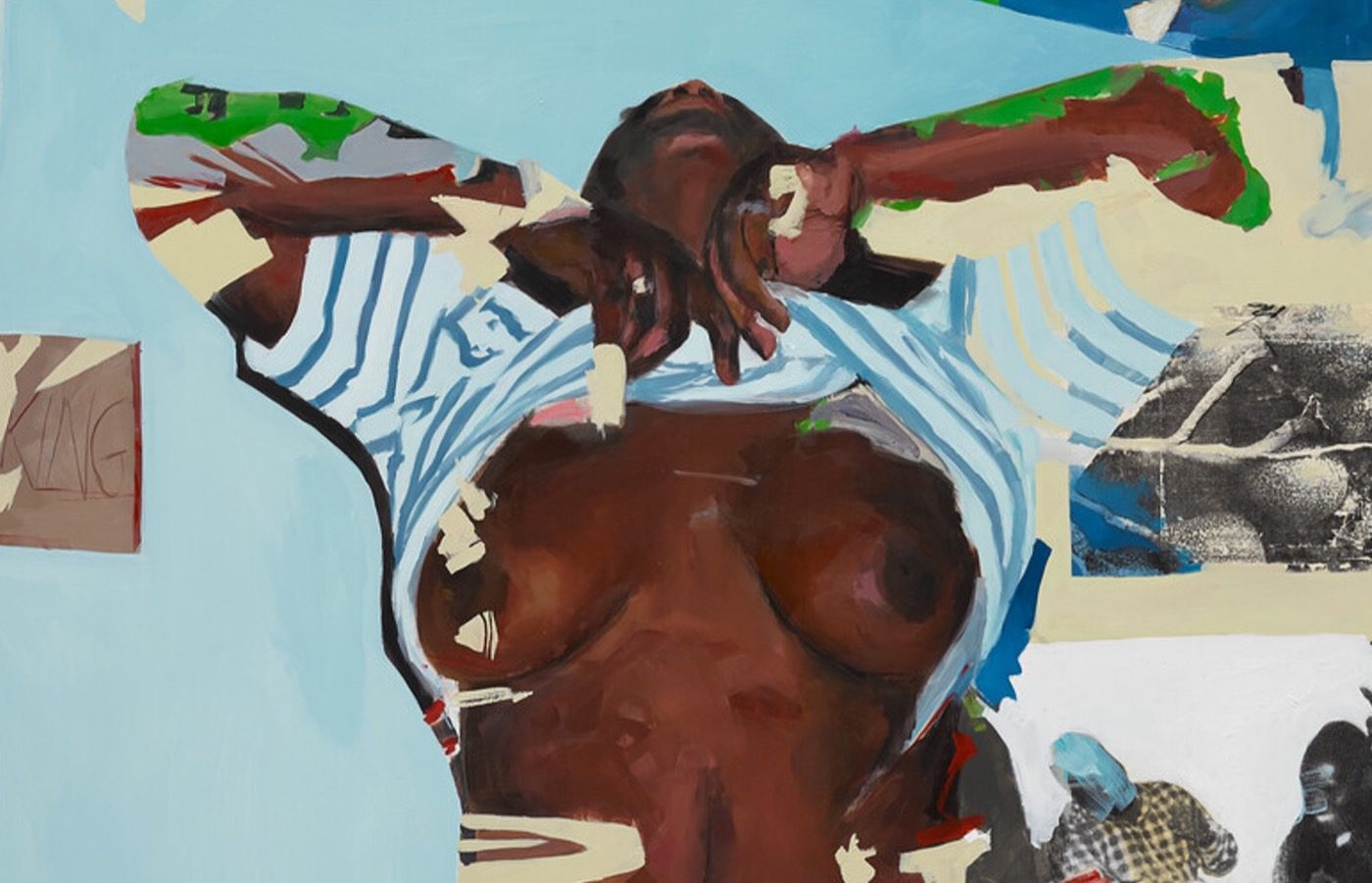 Kudzanai-Violet Hwami combines visual fragments in her paintings, revealing a multi-layered and personal vision of life in southern Africa. She experiments with photographs and digital image collages, using them to create large-scale works on paper or canvas with intensely pigmented oil paint, often employing other media and techniques such as silkscreen, pastel or charcoal. She draws her inspiration from a variety of sources, including archival, online or nude images, but also personal photographs, such as self-portraits or family pictures.

Using memories, Kudzanai-Violet Hwami visits places she encountered as a child in post-colonial Zimbabwe and creates a parallel universe from them, revolving around a futuristic narrative of the country. In her work, the artist plays with the idea of an African utopia in which there is no space, no place and no borders, while at the same time referring to established cultures and traditions. Many images in her works are influenced by the growing popularity of subcultures, such as Afro-punk and grunge culture in Kenya and South Africa. Other influences from music, such as ZimHeavy and Afrobeats, literature, and her own ongoing journey of self-discovery also form important sources for her work. The inclusion of random images found on social media as a further starting point is an invitation to the free play of the imagination, while the autobiographical material remains a source of reference.

Themes grounded in her experiences of geographical dislocation or the questioning of her own identity in self-portraits and images of her family, reflecting on the black body and its representation, run like a thread through her work. Her paintings could be read as autobiographical; as it is informed by the time she spent in her life stations in Zimbabwe, South Africa and England and is closely linked to her attempt to understand her Zimbabwean identity within the African diaspora. She uses photographs of her family from the 1970s, which she processes in the form of digital collages and then paints on canvas. In her family portraits, the protective figure of the mother occupies a central place, as shown in the works Family Portrait (2021) and Lotus (2018). Her father appears in Father in Pin Light (2017), and her brother and sister, who are twins, in Epilogue (Returning to the Garden) (2016). The two children lie on their sides looking at each other in the foetal position on a coloured background. A great softness emanates from this scene, where the bodies seem suspended and protected in an intrauterine space, in a silent haptic communication. Their skin is partially covered by vernix caseosa, a waxy protective layer on newborn babies. The title, suggesting a return to the days of innocence while hinting at a climax (the epilogue), expresses a hope for the future generation embodied by the twins.

We encounter both nude and clothed proud bodies where black and queer identities meet, as in You are killing my spirit (2021), Expiation (2021) or Innspirit-ed (2021). Among these, there are numerous nudes of castrated men, as in Jonga 1 and 2 (2021), or Trauma Pond 2 (2022), which the artist uses as a kind of projection surface for her body beyond gender ascription to foreground the transformative capacity of bodies in general. Hwami’s interest in the body and powerful nudes emerged during her training at Wimbledon, where she explored colour field painting and introduced illustrative drawings of nudes and portraits from pornography into her painting. Painted in bright yellows, blues and greens, the canvas backgrounds are reminiscent of editorial images circulating on Tumblr in the 2010s, featuring dark-skinned models against bright colours. This visual appeal of the depictions, but also the awareness of what little role black bodies played in Western painting and how they were depicted, led her to her stance as a painter to reclaim the self. Self-determination also became an increasingly important topic on social media during this time, with #blackout advanced to a popular hashtag under which many black users shared images and flooded the site with self-portrayals. Often her collaged and layered compositions liberate the figure from the prescribed meanings of its original context to create new narratives. The artist is interested in designing and creating an alternative perspective of the Zimbabwean body. The black body plays the most important role in the paintings in general and serves as a vehicle for her to express themes such as sexuality, gender, spirituality, memory and childhood.