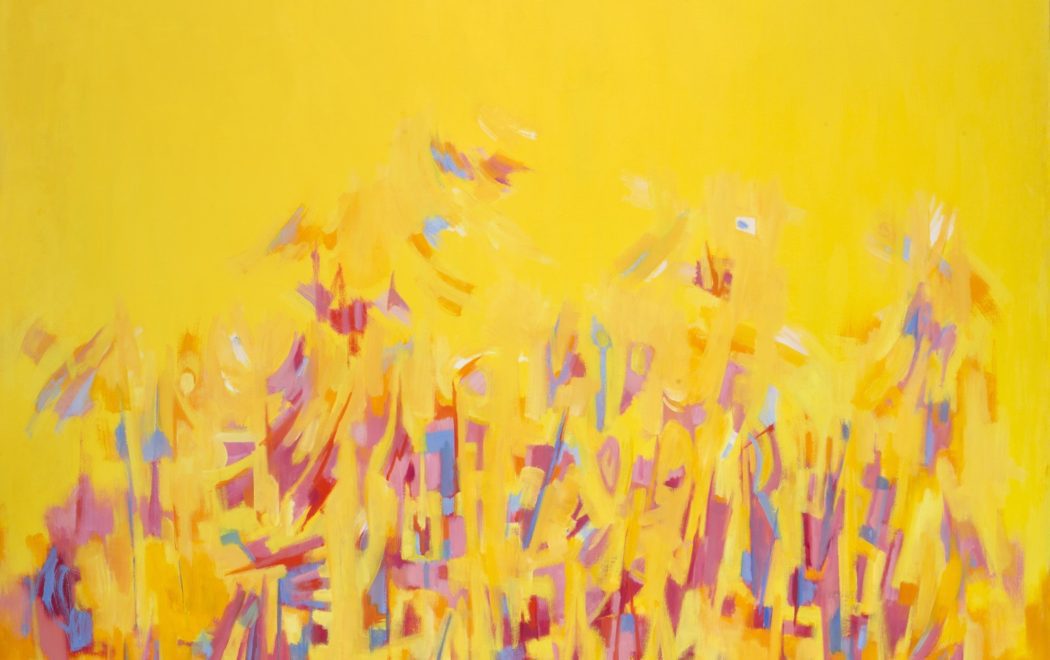 Groundbreaking exhibition of African-American art will tour five US venues

Solidary and Solitary: The Pamela J Joyner and Alfred J Giuffrida Collection will commence at the Ogden Museum of Southern Art in Fall 2017

A major nationwide touring exhibition announced today, Solidary and Solitary, will offer a new perspective on the critical contribution black artists have made to the evolution of visual art from 1940s through to the present moment.

Curated by noted art historians Christopher Bedford and Katy Siegel, this will be the first large-scale public exhibition to bring together a vital lineage of visionary black artists. Commencing in the mid-twentieth century with Abstract Expressionist Norman Lewis, the show will trace a line through some of the most celebrated artists working today such Theaster Gates and Lorna Simpson, as well as Mark Bradford, who will represent the USA at the Venice Biennale 2017.

Drawing on the Joyner/Giuffrida collection’s unparalleled holdings, a central theme will be the power of abstract art as a profound political choice, rather than a stylistic preference, for generations of African-American artists. The exhibition will demonstrate how abstraction has declared individual freedom; a resistance to the imagery of racist mainstream culture on the one hand, and pressures to create positive representations of black Americans on the other.

Ranging across 70 years, Solidary and Solitary will reveal a rich and complex history woven from the threads of artistic debates about how to embody blackness; social struggle and change; migrations and the international African diaspora. Highlights will include large-scale works by an array of artists that fuse the social and the abstract in visceral ways, including Jack Whitten, Julie Mehretu, and Kevin Beasley, among many others. Placing a spotlight on individuals’ pursuit of creative freedom in different eras and geographical contexts, the exhibition will also feature several artists’ careers in depth, among them Norman Lewis, Sam Gilliam, Jennie C. Jones, Serge Alain Nitegeka and Lynette Yiadom-Boakye.

“There is no museum collection in the world that can tell this story.” Christopher Bedford commented, the Dorothy Wagner Wallis Director of The Baltimore Museum of Art (BMA), which will host an expanded version of the exhibition across the entire contemporary wing in 2019. “Which is why Katy and I have made it our mission to make this singular activist private collection accessible to the public for the first time in a tour across city art galleries and some of the country’s leading seats of learning. This exhibition is part of a wider growing movement to address the blind spots in our shared cultural heritage. A distinct form of Social Abstraction is about to be made visible for everyone to appreciate from schoolchildren to undergraduates, academics to artists.”

Katy Siegel, BMA Senior Programming & Research Curator and Thaw Chair in Modern American Art at Stony Brook University added: “As the exhibition title suggests (in Édouard Glissant’s powerful, poetic phrasing), these artists confront with bravery and creativity a tension we all feel, most especially African Americans, between the ‘solitary’ – being specifically, uniquely and only oneself – and the ‘solidary’ of a group’s collective social identity. It is essential that these histories be told, that the possibilities of individual achievement, collective identity and genuine, institutional social change be made vivid, concrete and beautiful. Only by remembering and understanding these histories can we move forward towards a different future collectively imagined.”

Solidary and Solitary will commence at the organizing institution the Ogden Museum of Southern Art in New Orleans in Fall 2017, before touring to the Nasher Museum of Art at Duke University and then the Snite Museum of Art at the Notre Dame University in 2018. The fourth venue, The Baltimore Museum of Art will present an expanded version which will occupy the entire contemporary wing with additional new commissions. The tour will conclude at the University of California, Berkeley Berkeley Art Museum and Pacific Film Archive (BAMPFA).

The Solidary and Solitary tour is supported by Presentation Sponsor The Helis Foundation, a private Louisiana foundation committed to advancing access to the arts, and made possible with the support of The Pamela J Joyner and Alfred J Giuffrida Collection. A companion publication, Four Generations: The Joyner/Giuffrida Collection of Abstract Art, is published by Gregory R. Miller & Co., and edited by Courtney J. Martin (Brown University) featuring new research and writing from curators at some of the world’s leading institutions.

The Pamela J Joyner and Alfred J Giuffrida Collection was started in 1999 and originally focused on abstract work by post-war and contemporary African-American artists. Comprised of hundreds of works spanning four generations of artists, the collection ranges from pieces dated 1945 to the present day. In recent years the collection’s focus has expanded to incorporate a more global perspective including artists from Africa and the global African diaspora including South African artists such as Zander Blom, Mikhael Subotzky, and Nicholas Hlobo; as well as artists based in Europe and the UK such as Lynette Yiadom-Boakye, Isaac Julien, Robin Rhode, and Oscar Murillo.