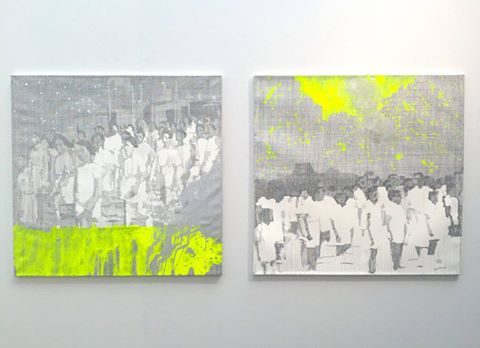 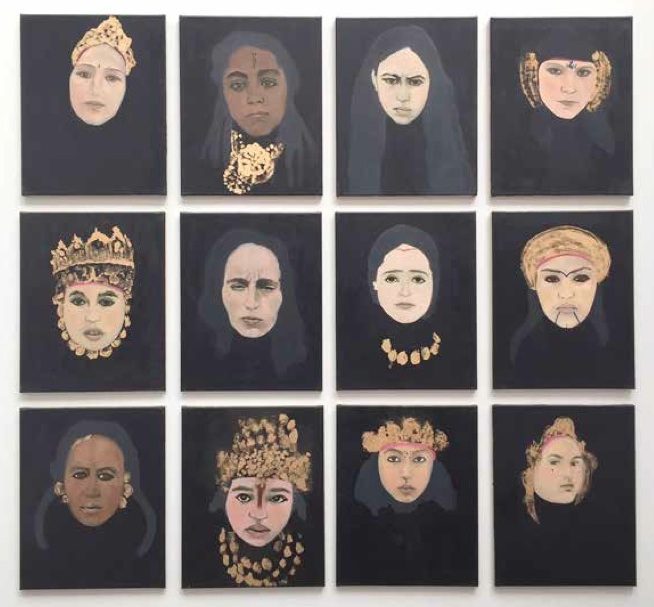 The 'L’art est vivant' prize distinguishes the work of an artist from the 'Promises' section at the Art Paris Art Fair.

L’art est vivant is a collective of passionate art enthusiasts and collectors founded in 2014. Every year, the collective supports artists from the emerging contemporary art scene by helping their creations’ production and distribution, the books publications and artists’ books and contributing to purchase and lend art works. It also organises and supports various exhibitions and events.

The purpose of this prize is to support an emerging talent at a key time of his career. For giving the award, the jury has taken into account the artist career and the art works presented during the fair.

Dalila Dalléas Bouzar, 2017 prizewinner introduces a string of pictures named Princess inspired by Marc Garanger photographs, taken during the Algerian conflict in refugee camps, and commissionned for ID’s creation in order to control population movement by the french army. Women had been compelled then to take off their veil in front of the camera. Her shoots tell the story about her women country, which she identifies herself with. By reappropriating those shoots, she highlights the women dignity in spite of the violence inflicted by the french Army. By seeing them adorned with gold, magnified and odd, it reveals the feeling to face icons through centuries.

The jury chose this artwork because « they have been impressed by the diversity of her artistic proposals … varieties of items and techniques that she successively uses according to her life history, the places and the meetings that she induced to do. » « We particularly welcome her mastering of drawing and the fact that it is inscribed as the very essence of her creative work».