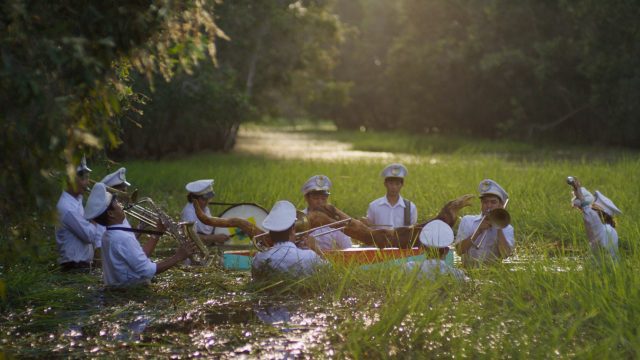 You & I is the inaugural exhibition at the new premises of A4 Arts Foundation.The group show looks at how people come together, asking after the conditions and dynamics of the collective.

Curators Ziphozenkosi Dayile and Kemang Wa Lehulere pull back from any attempt to survey collective practice, opening instead with a series of lyrical articulations. Across the exhibition, instances of community are placed alongside searching questions of who ‘you’, ‘I’ or ‘we’ may indeed be?

The exhibition includes photographs, sculptural installations, films and an instruction piece – and extends for three months with public programme of live performances, screenings and discussions.*

A4 Arts Foundation
is a not-for-profit organisation dedicated to supporting the arts in Southern Africa. A4 is grounded by an understanding of art as a reciprocal resource, a catalyst for innovation, and a medium of collectivity. Configured within a three-storey warehouse on Buitenkant Street in Cape Town, the A4 Arts centre hosts a gallery and project space, as well as a multimedia library.